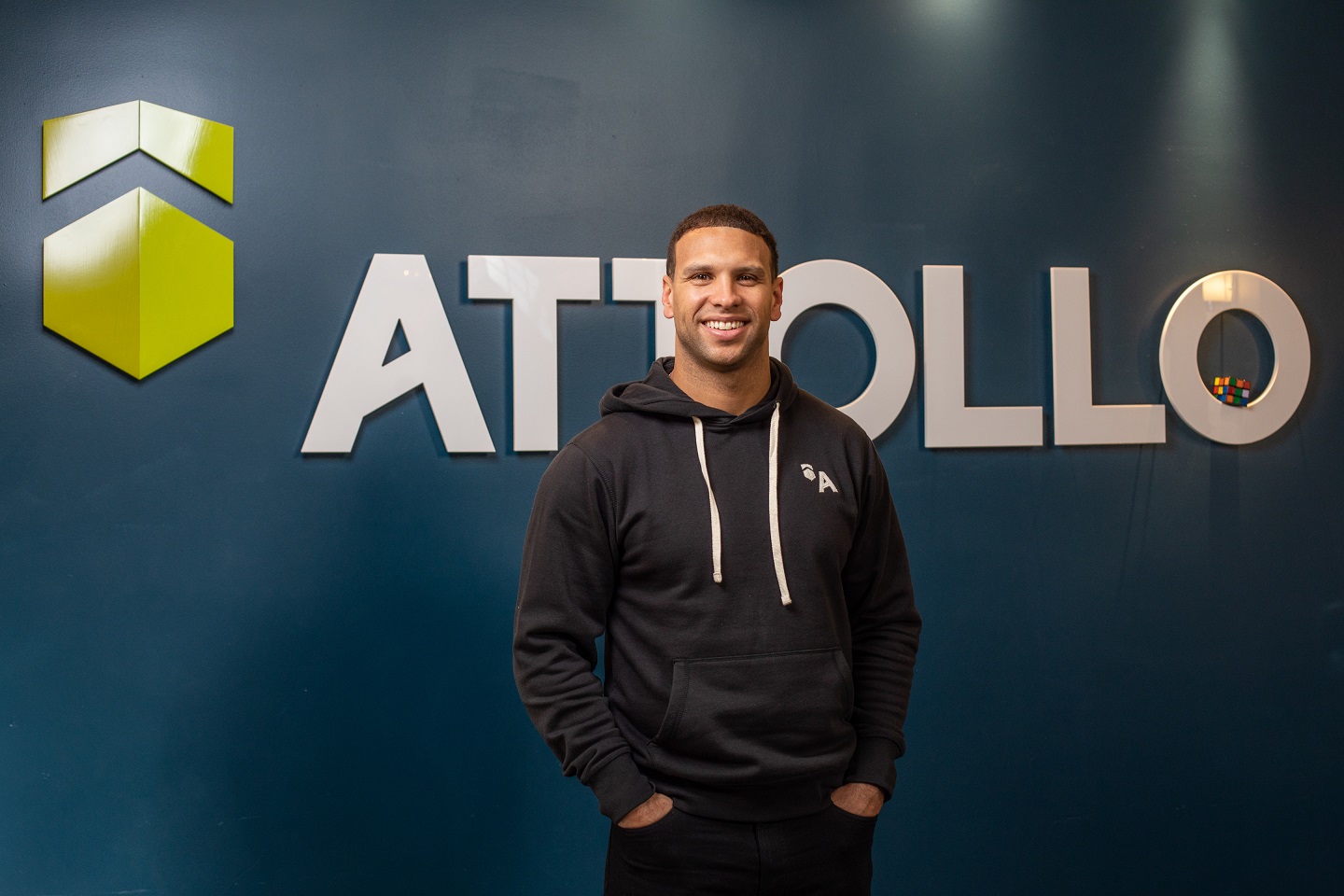 Jordan Steffy exudes energy as he talks about the themes close to his heart: Cultivating excellence, creating and seizing opportunity, expressing gratitude through actions, paying it forward.

Steffy, 35, is the founder of the Children Deserve a Chance Foundation and its flagship initiative, Attollo Prep, a leadership development program for high school students.

Named after a Latin term meaning "rise up," Attollo is founded on six "pillars" or core principles:

Steffy was a standout athlete at Conestoga Valley High School. A first-generation college student, he attended the University of Maryland through a scholarship, and played quarterback for the Terrapins.

He went on to earn an MBA at Columbia University. He and his wife, attorney Kiandra Steffy, have two children, Meeara, age 5, and Maverick, 1.

Attollo works with 10 Lancaster County school districts and has more than 600 students enrolled. More than 400 Attollo alumni are in college. More than 40 have graduated and entered the work world, and their numbers will soon swell into the hundreds and thousands.

More than 45% are choosing to return to the Lancaster area, Steffy said: "This is the base of the pipeline for diverse leadership in Lancaster in the future."

Attollo works on the principle that "dreams don't work unless you do." Its onboarding program, Attollo Recruit, is a six-week intensive course that begins at 5:30 a.m. Every student learns to solve the Rubik's Cube in 90 seconds or less. Why? "Because it's this tangible reminder that they can do hard things," Steffy said.

The program's fans include Chance the Rapper and former NBA star Magic Johnson, who was the featured speaker at a 2019 Attollo fundraiser.

The following has been edited for length and clarity. 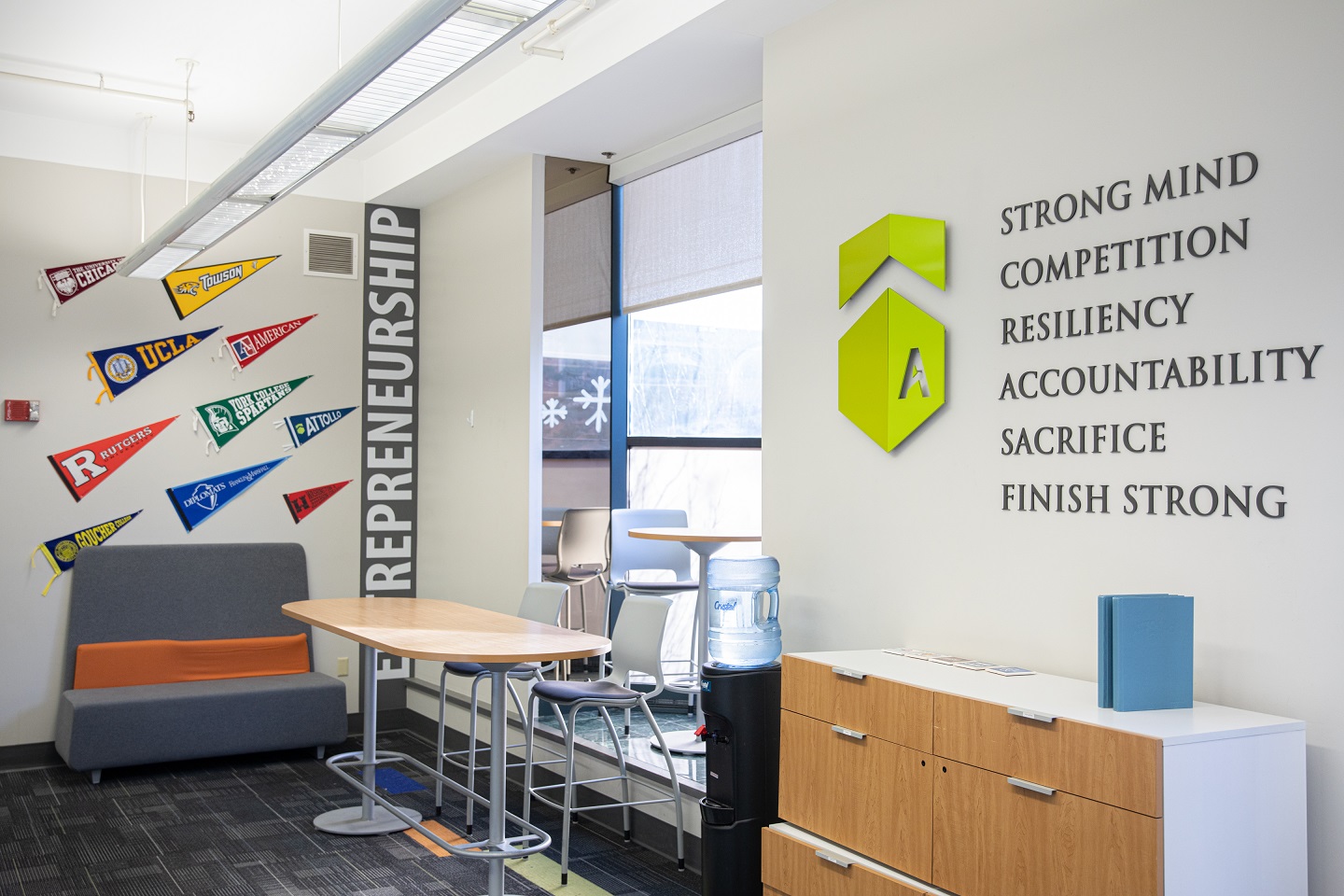 Attollo's six pillars are listed on the wall at the Attollo/Children Deserve a Chance Foundation office. (Photo: PhotOle Photography)

Can you give me a little history on Children Deserve a Chance?

Children Deserve a Chance was founded in 2008. A whole bunch of events led to it, but it was really about these two different emotions that I was feeling.

One was gratitude. I felt I was like a protégé of this community. That there were people in my life who, based on their generosity, based on their willingness to share their life experiences, (helped me get to) the University of Maryland.

On other hand, I felt an extreme sense of guilt. Because the truth is, the fact that I could dribble a basketball and throw a football was a major reason I got the opportunity to go to college.

At the University of Maryland, a professor of mine said, "You should teach something shortly after you learn it while you still remember what it's like to not know it." That makes so much sense, because right after you learn something, you still remember all of the emotion. You still remember those little moments of breakthrough and setback and failure. And as time goes on, some of those intricate details tend to fade. So, what I had just experienced was the journey from high school to college, being the first person in my family to go to college. That was the impetus for starting the Children Deserve a Chance Foundation.

What ultimately evolved into Attollo was that we learned that it's best to start with a niche. Start somewhere and go deep.

An entrepreneurial theory I believe in wholeheartedly is to have a contrary point of view on something, and be right. So what was contrary but right? One of the things we believed was that expectations needed to be raised, not lowered. There was this concept of the "Adversity Quotient." 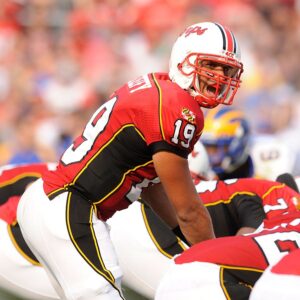 Steffy played quarterback at the University of Maryland. (Source: umterps.com)

We're aware of IQ, we're aware of EQ (emotional intelligence), but we had this concept of AQ, which was that those who've been through the most actually have the conditioning to go the furthest.
The second thing was that we decided to start with juniors and seniors in high school. ... We wanted to prove that we could produce results in a relatively short period of time. We didn't want to postpone the moment of truth. ...

We said, we really want to start focusing on "psychographics not demographics." To get young people into a space where on the outside it was hard to see how we could possibly be alike. And yet, you start sharing your stroy, you start talking about your hopes and dreams, you start talking about some of the things you've overcome, and now all of a sudden, two people are looking at us and saying, "These guys are nothing alike," but, actually, maybe we are. That has been what is so powerful about Attollo.

In light of the work you're doing, how do you think about the broader current debates about diversity and inclusion and race?

I'm an eternal optimist. Optimism means that you wrap truth with hope. It doesn't mean we don't acknowledge what's happening. It doesn't mean we aren't aware of all of the challenges that people have experienced and face. But what it does mean is that we have an obligation to make things better. There are a lot of things that are wrong, but there's a lot of opportunity. ... 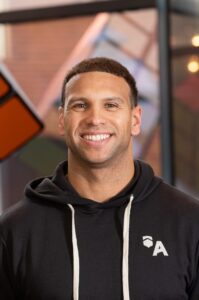 What the world is starting to realize is that, as people of color, we endure. We don't need conditions to be perfect. Simply having "the brand of black," I can tell you all the things that are challenges with that, but I can also tell you all the opportunities that come as a result of it.

Lancaster has a long way to go as it relates to diversity in leadership. There is a lot of systemic racism that exists here, and that's the reality, but I think the events of last summer have opened the eyes of a lot of people. My hope is that we understand that this is both an introspective journey and a journey of individual and collective action.

Who are some of your heroes?

One of the first that comes to mind is (former NFL player, now elite sports trainer) Darryl Daniel. He was my first mentor. Darryl is a man of color, he's here in Lancaster.

The Martin Luther Kings of the world, the Nelson Mandelas of the world, these are people who deserve all the recognition and acknowledgement they're given. But I also think black history is here, it's now. My wife, Kiandra, is black history, as one of the only black attorneys in Lancaster. ... You have people like Jordan Zackery at Sageworth Investments, who's a Franklin & Marshall College graduate. He's doing dynamic things. The number of black leaders is growing.

What are you most proud of?

I'm proud of the way that we've done it: the intentionality behind it, this belief that access and opportunity, accountability and ecosystem, all these things can truly transform the trajectory of their lives. We haven't lowered our expectations one bit and we don't plan on doing so.