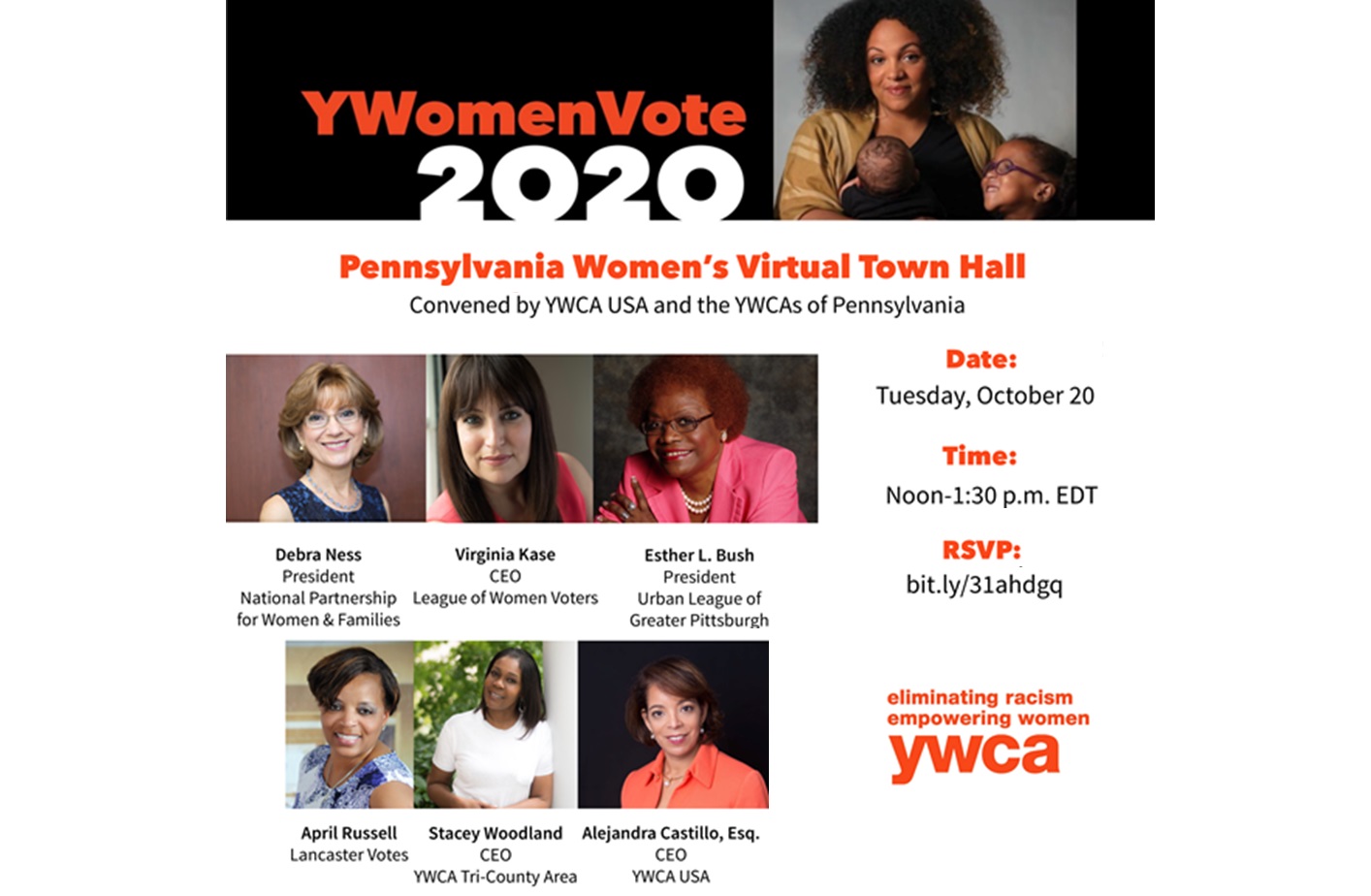 The YWCA USA and the YWCAs of Pennsylvania will host a virtual town hall via Zoom from noon to 1:30 p.m. this coming Tuesday, Oct. 20.

National, state, and local guest speakers, experts in the field, and YWCA representatives will explore the economic, childcare, and racial justice issues that matter most to the women of Pennsylvania — including new polling results — and share timely, accurate information about voting requirements in Pennsylvania.

The event is part of a nationwide series, YWomenVote 2020: A Conversation With America's Women.

Among the panelists is April Russell, of the local organization Lancaster Votes.