Copies of “The Hate U Give” are being given out in honor of educator Hazel I. Jackson, right. (Source: Provided) 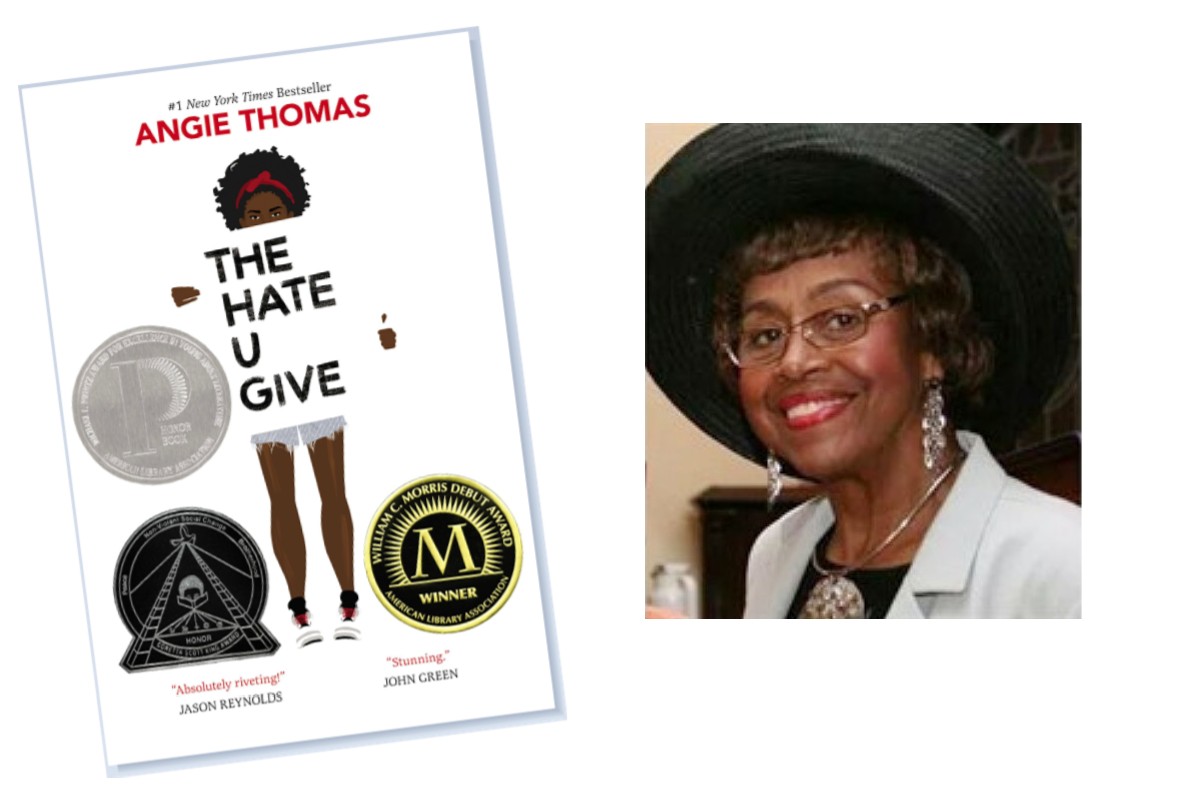 Copies of "The Hate U Give" are being given out in honor of educator Hazel I. Jackson, right. (Source: Provided)

In honor of the birthday of a local Black icon, advocates are organizing a giveaway of an award-winning young adult novel.

The family of Hazel I. Jackson and the Lancaster branch of the NAACP plan to distribute 94 copies of "The Hate U Give" to middle-school students in the School District of Lancaster. The book, by Angie Thomas, has won widespread praise for its exploration of racial justice issues and the Black Lives Matter movement.

Jackson, who passed away in 2014, would have turned 94 in September. A prominent community leader for decades, she was the first Black woman to teach in the School District of Lancaster and the first Black professor at Millersville University.

"We thought this was a good way to honor her," she said. Thomas' book was picked because of its topicality and its perspectives on contemporary race relations, she said.

To receive a book, students in grades six through eight are asked to register at tinyurl.com/hijfreebook. The first 94 eligible students to do so will receive a copy, along with a commemorative Hazel Jackson bookmark.

The giveaway was arranged in cooperation with the Lancaster branch of the NAACP. The committee hopes to distribute the books in late October or early November, Holland-Jones said. 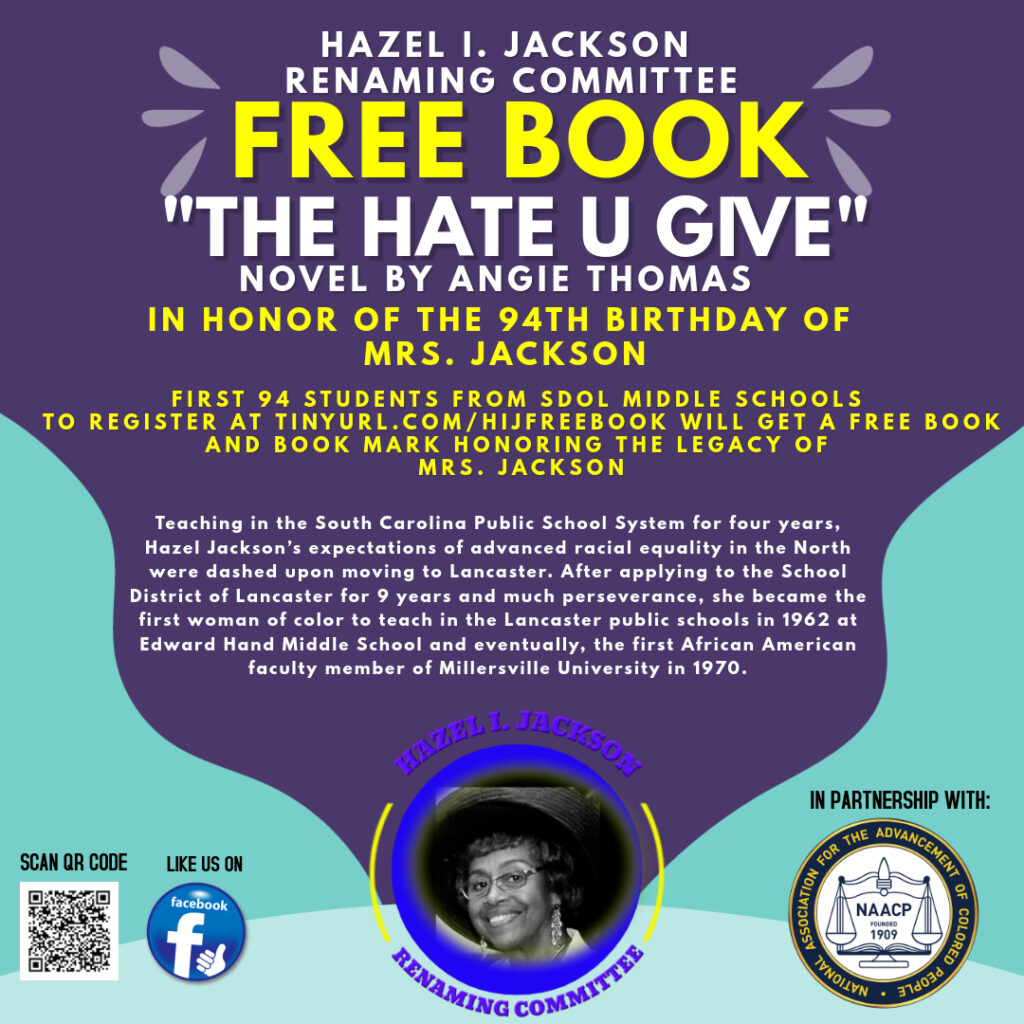 Holland-Jones is part of the Hazel I. Jackson Renaming Committee, which has been organized to advocate for renaming Southeast Middle School, formerly Edward Hand Middle School, in Jackson's honor.

In July, the school board voted to remove the name of Hand, a Revolutionary War general who owned slaves. The current name was adopted temporarily; a committee of school and community representatives will choose a permanent one.

More than 5,200 individuals have signed an online petition to rename the school for Jackson. She herself taught at the school, and organized the district's first Black History celebration there in 1963.

"The Hate U Give" is Thomas' first novel. In it, a Black teenager, Starr Carter, witnesses a white policeman shoot and kill a Black childhood friend, and becomes caught up in the passions and controversy surrounding the tragedy.

Published in 2017, it won widespread praise and reached No. 1 on the New York Times bestseller list. In 2018, a feature film adaptation was released.