Early this year, aware of the upcoming 100th anniversary of the ratification of the 19th Amendment securing women the vote, Stacie Blake began doing some research.

Blake had been appointed CEO of YWCA Lancaster last fall, and she was curious about the local organization's involvement in the women's suffrage movement. 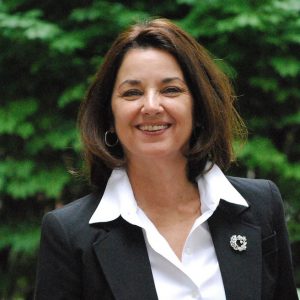 She discovered that when the amendment was on the ballot here, Lancaster County's then all-male electorate voted against it.

Women, on the other hand, "took this new opportunity very seriously," she said.

In the wake of the amendment's passage, they held forums and presentations at the YWCA's recently completed building at the corner of North Lime and East Orange streets. They explained the mechanics of filling out ballots, how to evaluate candidates and so on. Similar educational efforts were organized at local fairs.

Blake was impressed by their passion and dedication.

Recently, Blake led the charge to create Lancaster Votes, a nonpartisan effort aimed at boosting voter registration and participation. YWCA Lancaster and the United Way of Lancaster are among the more than two dozen community partners behind the initiative.

Looking back, looking ahead

This coming week, Lancaster Votes is hosting a panel discussion on voting, moderated by Blake. It's the first of two forums organized to celebrate the achievements of a century ago and raise awareness of issues affecting voting rights and civil rights today.

The free events are being offered online via Zoom, on Tuesday, Aug. 18, and Wednesday, Aug. 26. Both begin at 6 p.m. and are part of the YWCA Lancaster's "Community Now" series.

To participate, register at the YWCA Lancaster website to receive a link to the Zoom webinar.

Aug. 18, 1920, was the day Tennessee ratified the 19th Amendment. It was the last state needed to reach the required total of 36. The amendment's adoption was certified officially on Aug. 26, 1920, now commemorated as Women's Equality Day.

There will be time for audience questions following the presentations. The agendas are as follows:

Lancaster Votes, supported by the YWCA Lancaster and the Lancaster Alumnae Chapter of Delta Sigma Theta, a historically Black sorority.

Voting rights and the current movement for racial equity in Lancaster city.