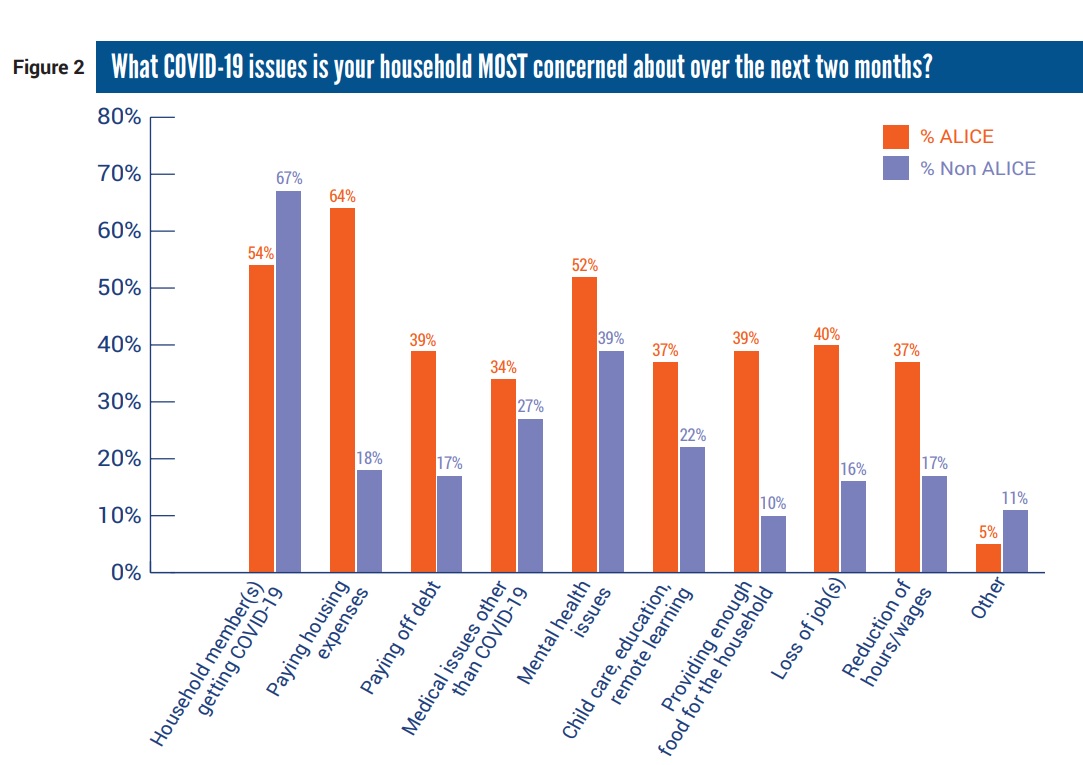 As Pennsylvania's response to the Covid-19 pandemic winds down, nearly two-thirds of low- and middle-income respondents to a United Way of Pennsylvania poll say they are worried about paying their rent or mortgage.

And more individuals across the income spectrum are reporting mental health issues as one of their top concerns over the next two months.

Kristen Rotz, the United Way of Pennsylvania's president, said the organization is releasing the survey results "to help policymakers make decisions about strategic investments in pandemic recovery to support Pennsylvania’s workers and their families."

Stimulus checks, expanded unemployment insurance and the nationwide eviction moratorium all enabled lower-income households to survive during the pandemic.

However, the United Way warned, "As these safeguards come to an end, many households may become financially unstable."

The survey is a follow-up to one conducted last fall. The new one reflects voluntary responses from more than 2,700 individuals, collected between March 15 and April 5, 2021.

The responses came from all 67 counties and a wide range of income levels. They were self-selected however, and no attempt was made to adjust the sample to reflect Pennsylvania's demographics. Therefore, "it is not possible to make statements on the overall population," the United Way said.

The United Way analyzed the results separately for households at or below "ALICE" income levels, and those above it.

Among the findings (Here, "ALICE households" refers to those at or below the ALICE threshold):

"Stresses around housing instability, and general uncertainty mean every part of our society suffers," said Kevin Ressler, president and CEO of the United Way of Lancaster County. "From the economy to spiritual wellness and emotional stability, left unaddressed these crisis spillover in myriad ways."

As for child care, "public investment is essential," she said: A robust child care system will help parents enter the work force and offset the hiring shortages that employers are reporting.

"There are few workers more essential than childcare employees, who are too often living below or just around the poverty line," he said.