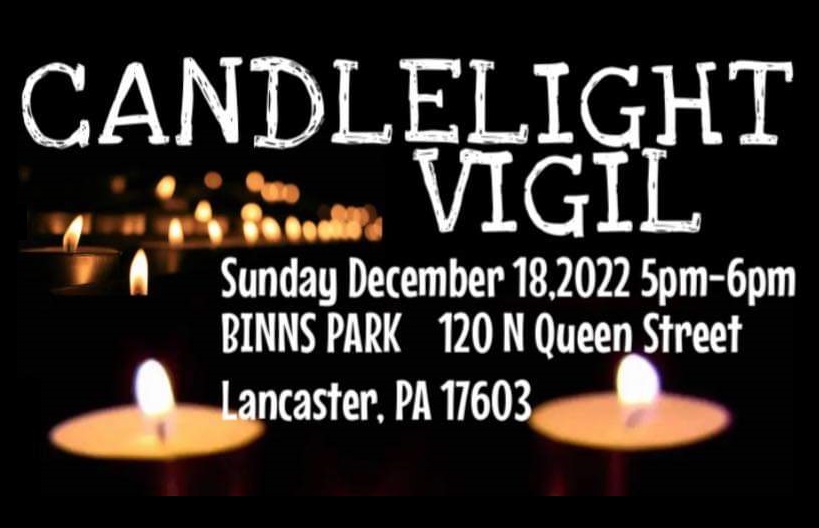 A candlelight vigil honoring those lost to gun violence is being planned for Sunday evening.

The organizers are Lindsey Martin and Rosa Van Pelt. They hosted the Gun Violence Awareness Community Thanksgiving meal at Crispus Attucks Community Center in November. Martin’s fiancé, Kendell Cook, was shot and killed in Carlisle in May 2021.

The vigil initially was to take place Thursday at Penn Square, but it was rescheduled due to the weather.

Lancaster County has seen an alarming wave of shootings in recent weeks. Eleven people have been shot since Nov. 28, of whom six died, including one suicide. Nine of the shootings took place in Lancaster city, two in Columbia.