A Lion Dance was the centerpiece of the Lunar New Year celebration in Ewell Plaza in Lancaster on Sunday, Jan. 22, 2023. (Photo: Tim Stuhldreher) 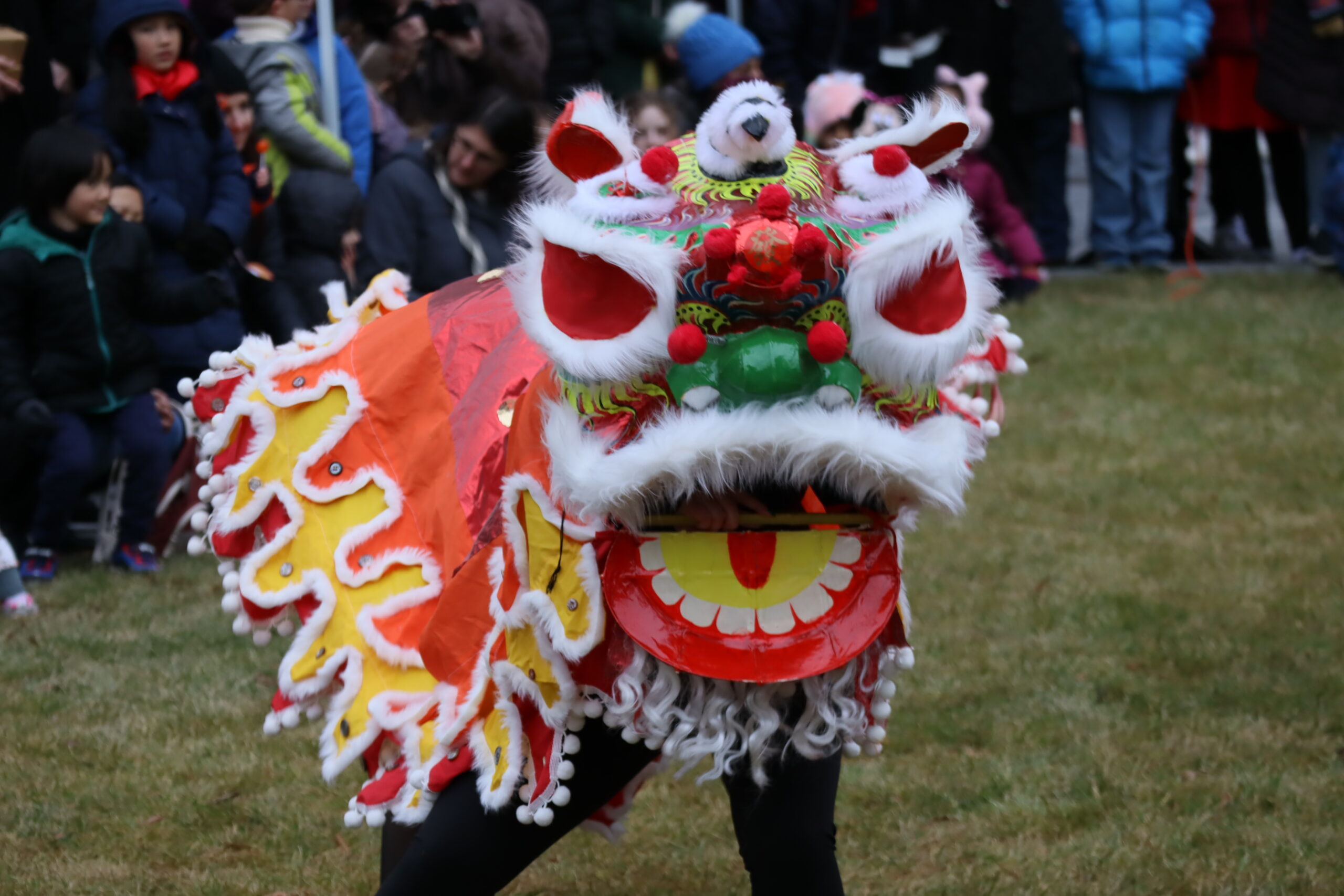 A Lion Dance was the centerpiece of the Lunar New Year celebration in Ewell Plaza in Lancaster on Sunday, Jan. 22, 2023. (Photo: Tim Stuhldreher)

"We could not have imagined this kind of turnout!" emcee Sophie Xiong exclaimed at the Lunar New Year celebration in Ewell Plaza on Sunday.

And a large turnout it was, with hundreds of people thronging the downtown Lancaster open-air venue to enjoy dance performances, martial arts demonstrations and food and learn about Asian-American and Pacific Islander cultures and traditions.

If the lion bites your head, or "eats" your money, it's good luck, Xiong explained.

Amid the festivities, mourning for Monterey Park

As of Sunday afternoon, no motive had been disclosed. Police had released a photo of the suspect, a middle-aged Asian male, and were searching a white van said to be connected to the shooting. (Update: Later Sunday, police said the suspect, Huu Can Tran, was found dead in the van of a self-inflicted gunshot wound.)

Monterey Park is home to one of the largest Asian communities in the U.S.

In a statement, Lancaster's Asian-American Pacific Islanders organization condemned the "horrible act of violence," expressing concerns that the incident may be a hate crime.

"Our hearts (are) broken for the families and friends who have been affected by yet another senseless act of violence. ... We are reminded now more than ever we must come together and not let fear and hate win," the group said.

Lancaster's Asians want to have a voice in the community, she said. They want to pass on their cultural traditions to their children, and want them to be proud of their heritage.

She said she's delighted at how the event turned out, and grateful to all the organizers and volunteers who made it happen. 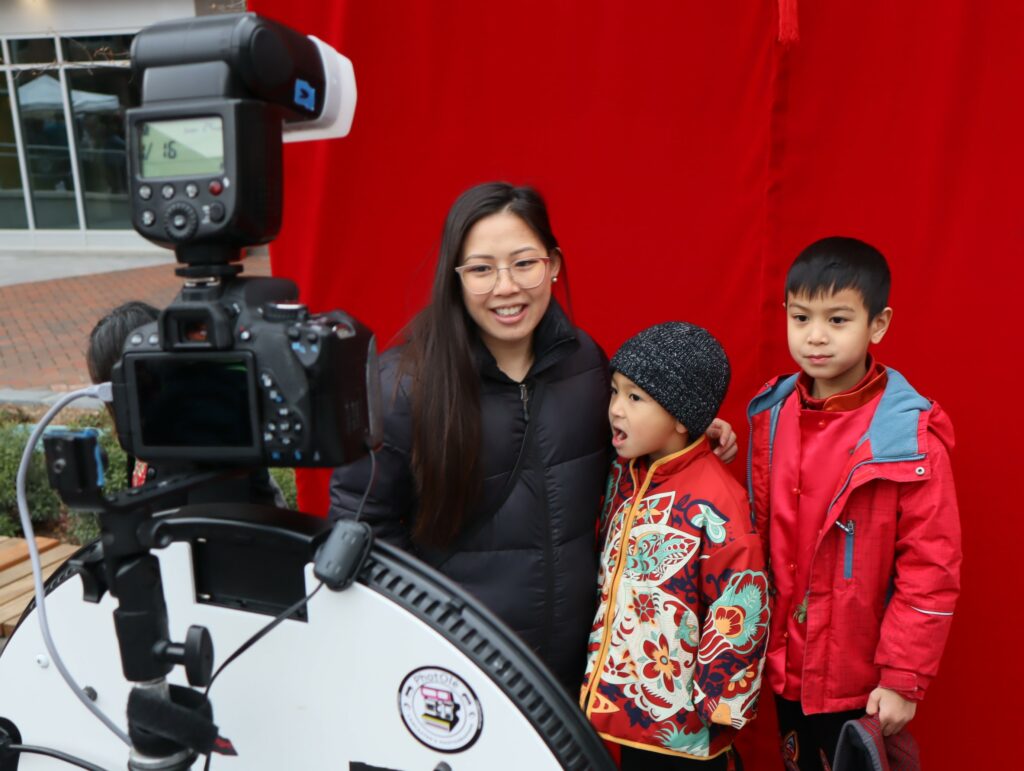 Marina Hongvanthong and her nephews, Jordan and James, have their picture taken at an instant photo station. 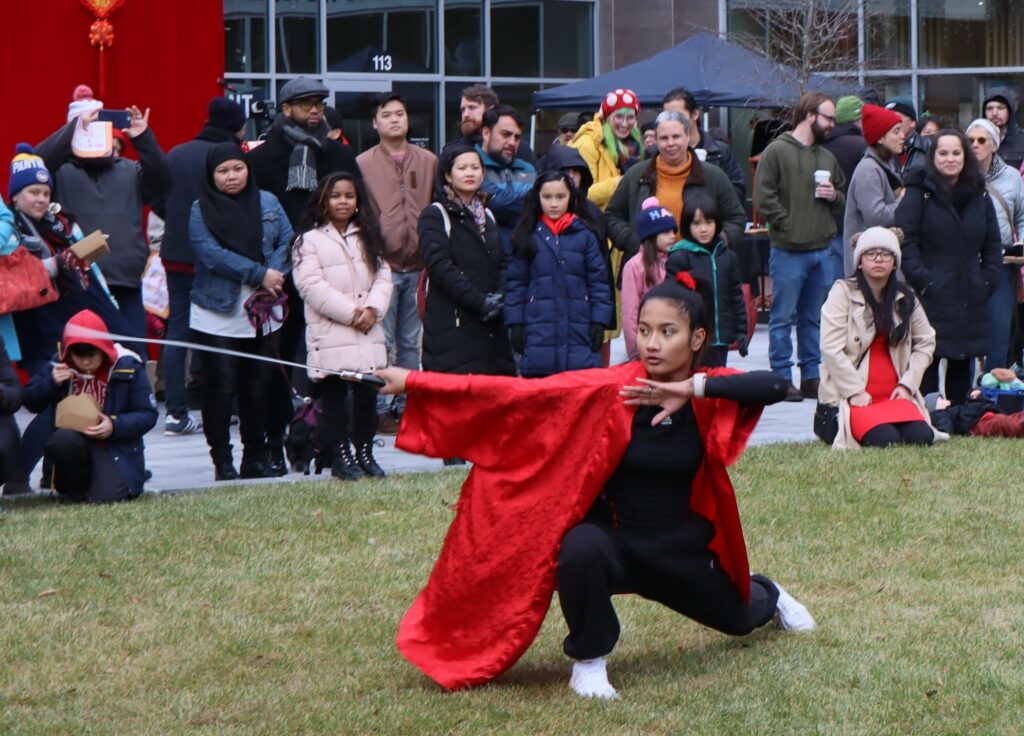 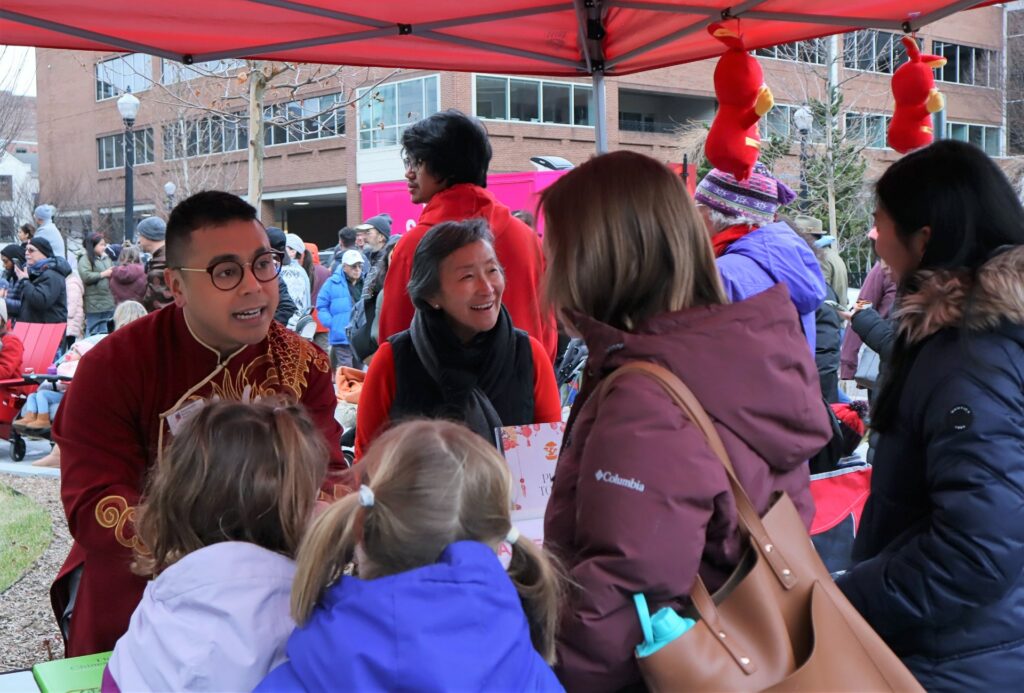 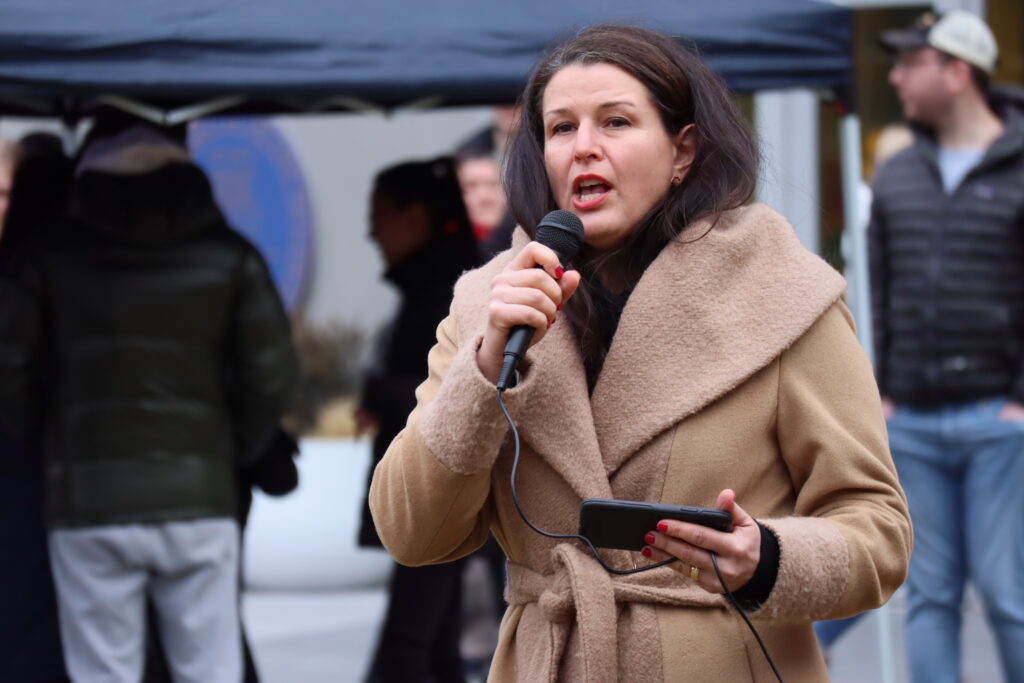 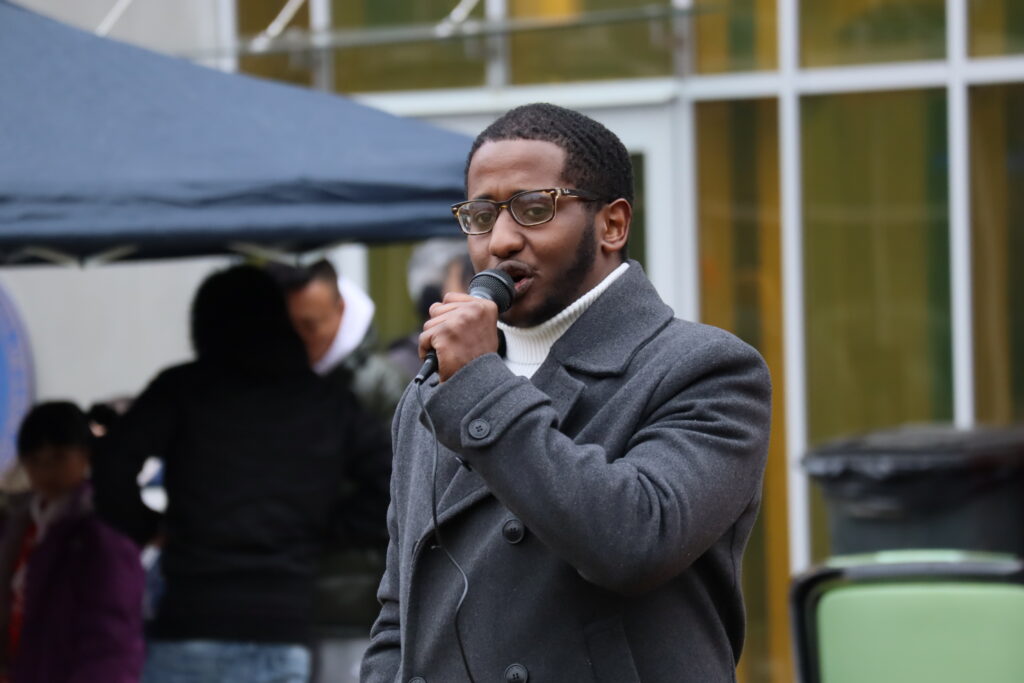 City Councilman and refugee activist Ahmed Ahmed speaks to the crowd. "Lancaster is better because of you," he said. 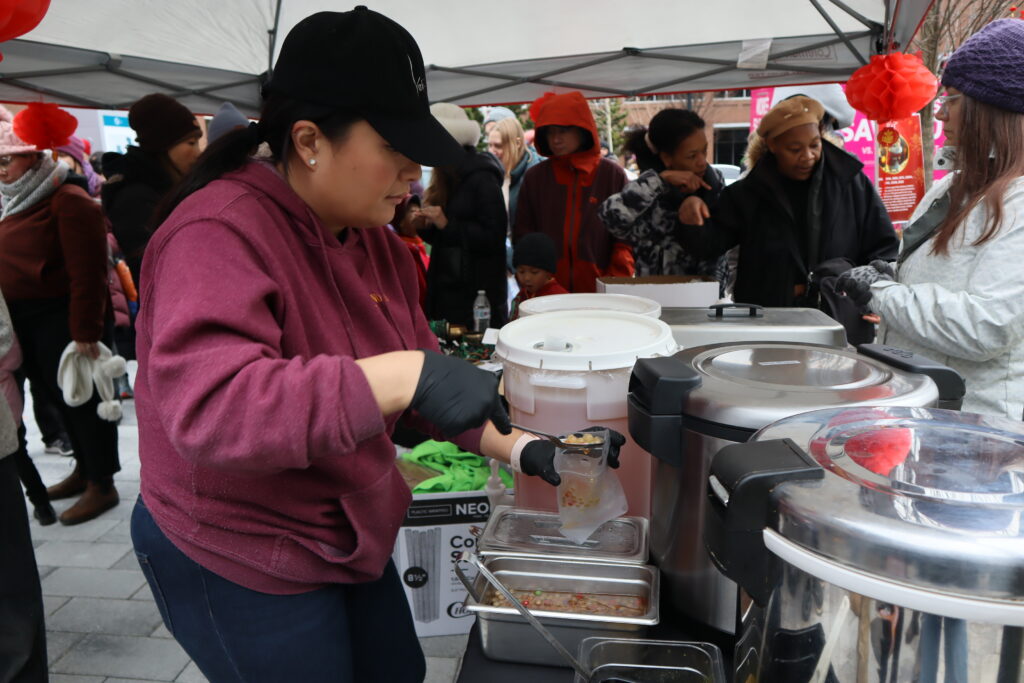 Sanya Yeh prepares a serving at the Norbu food stand. 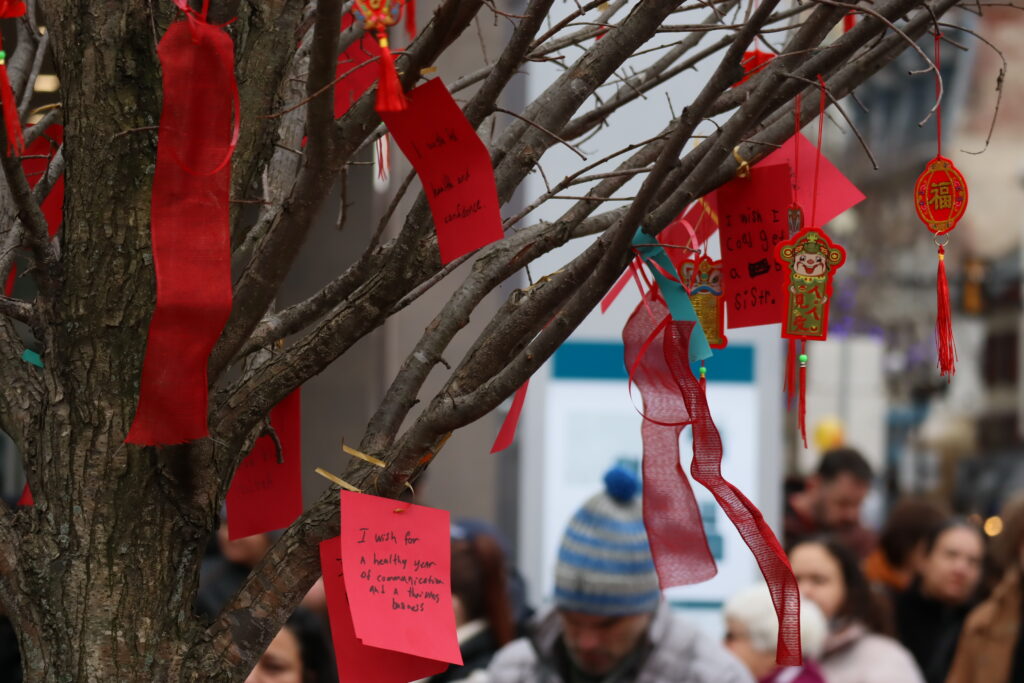 Fortunes hang on a tree in the plaza. 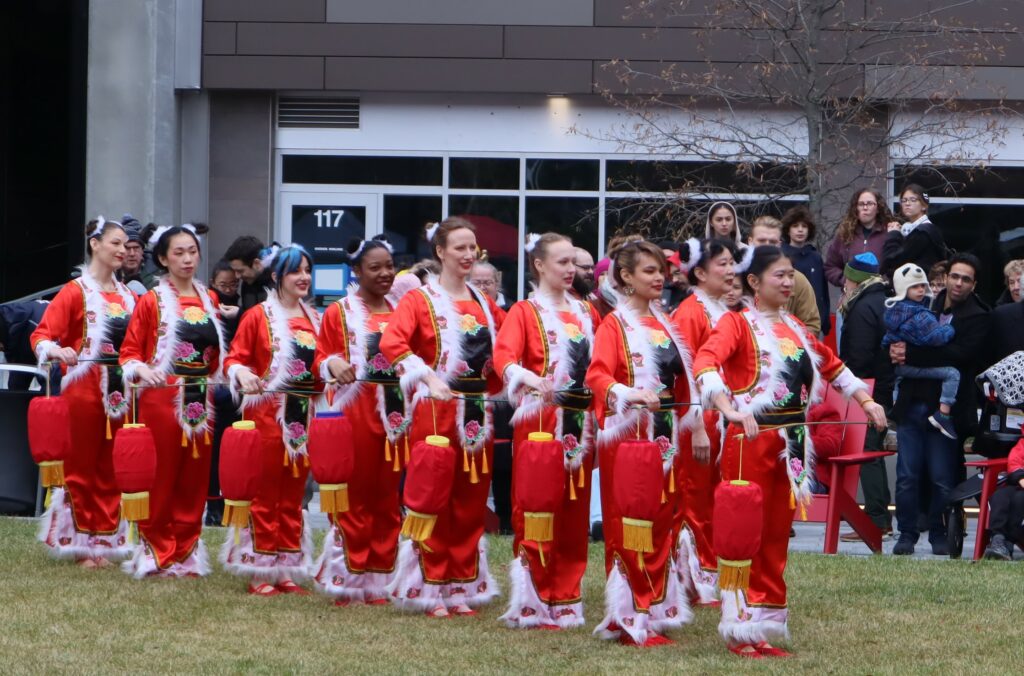 The Lancaster Chinese Dance Group lines up to begin their performance. 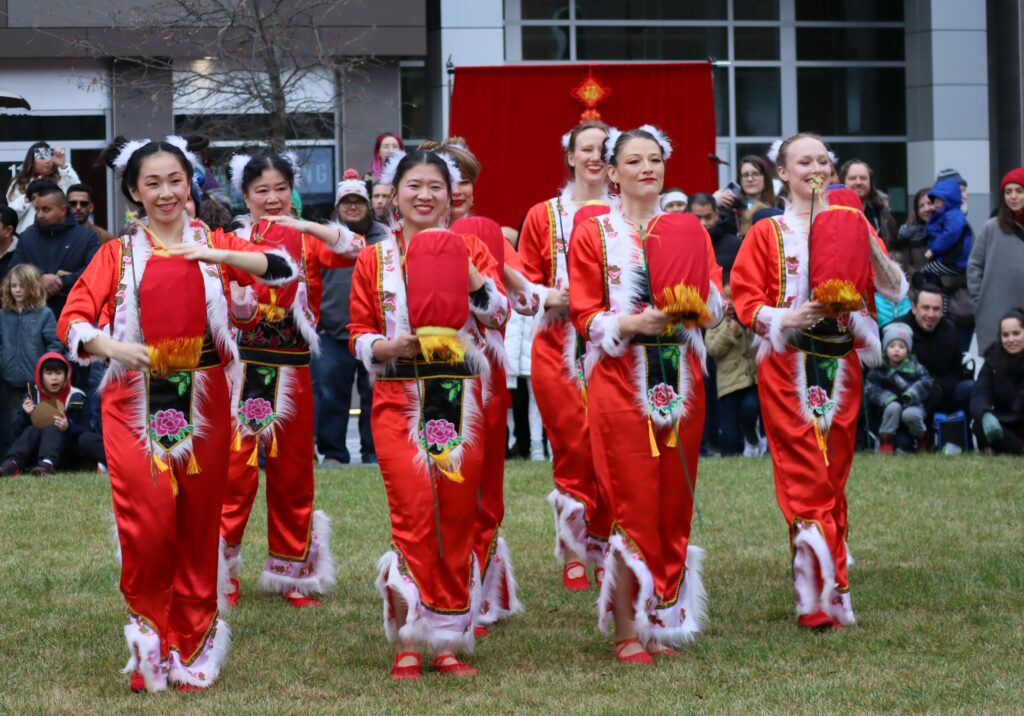 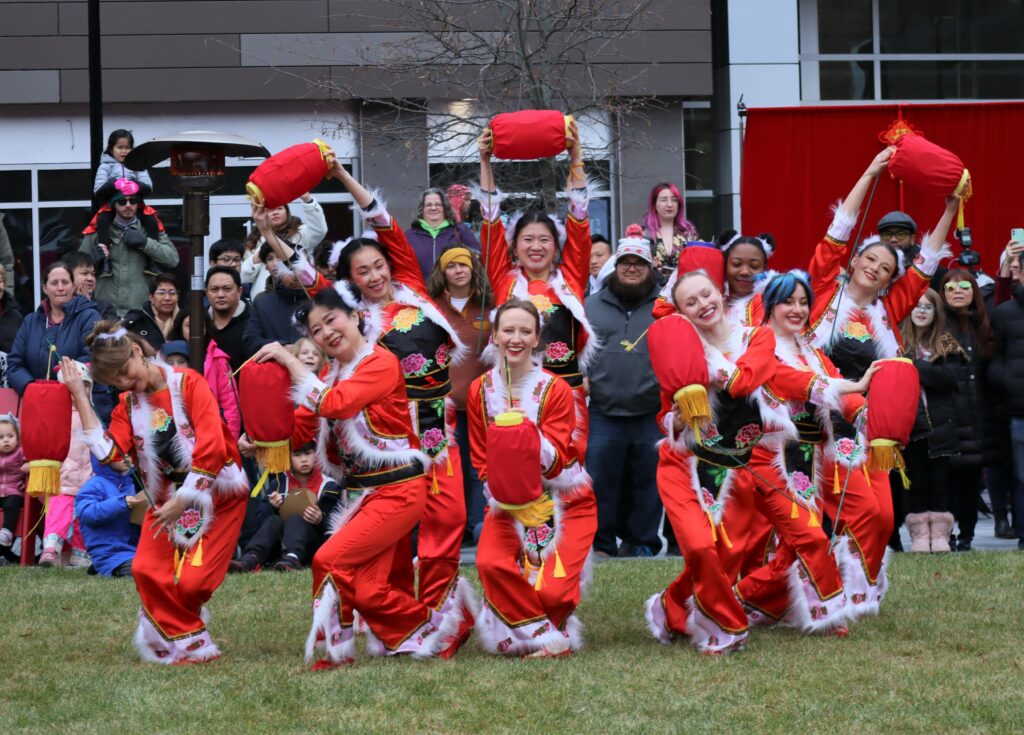 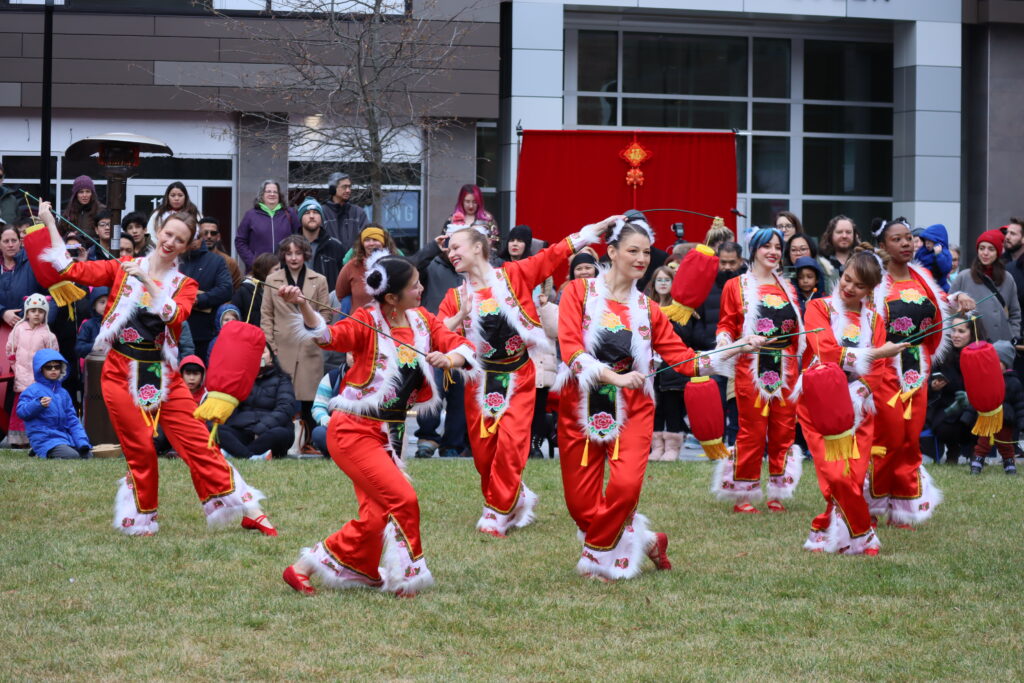 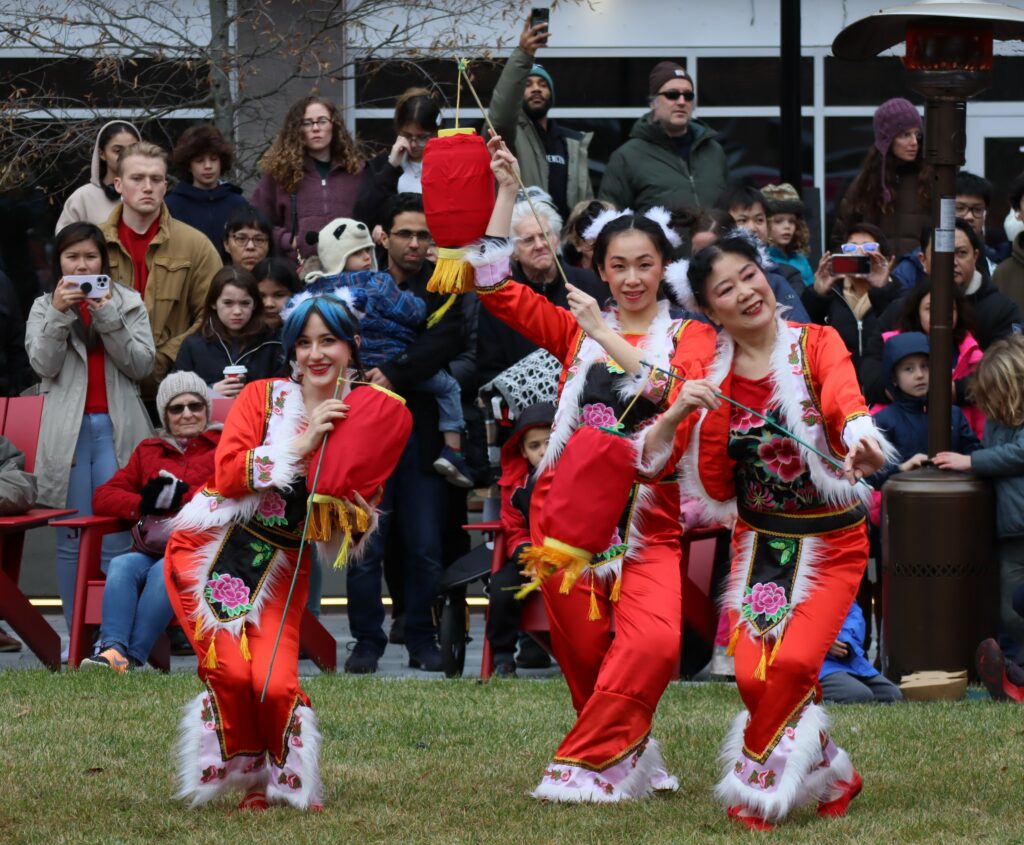 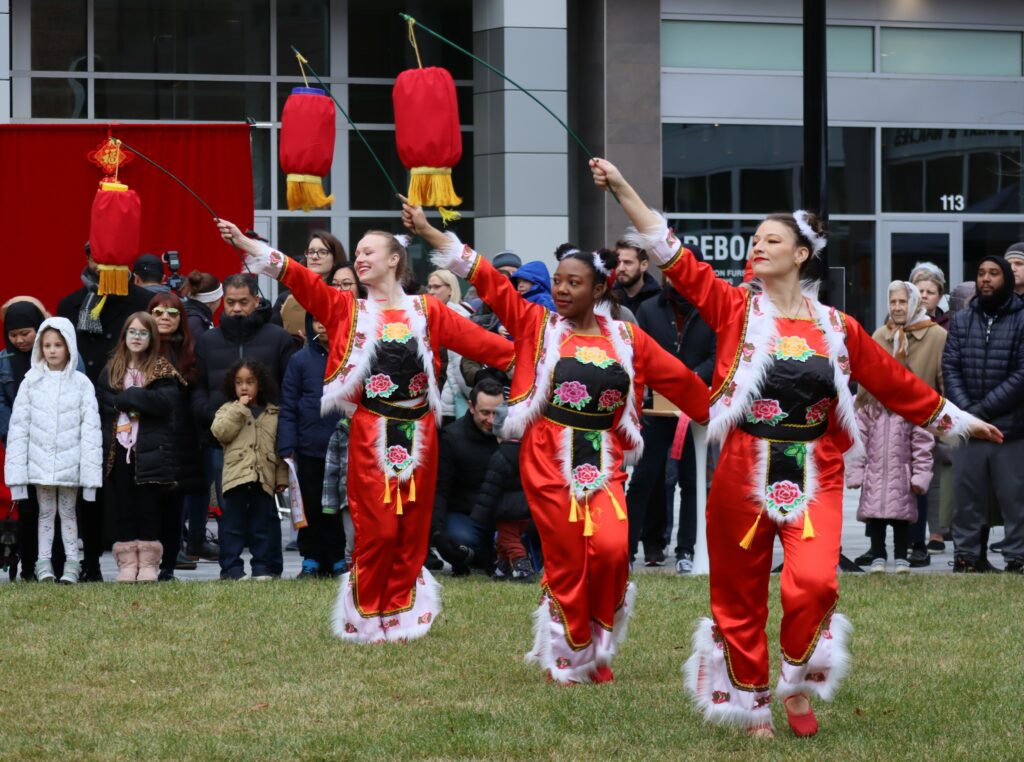 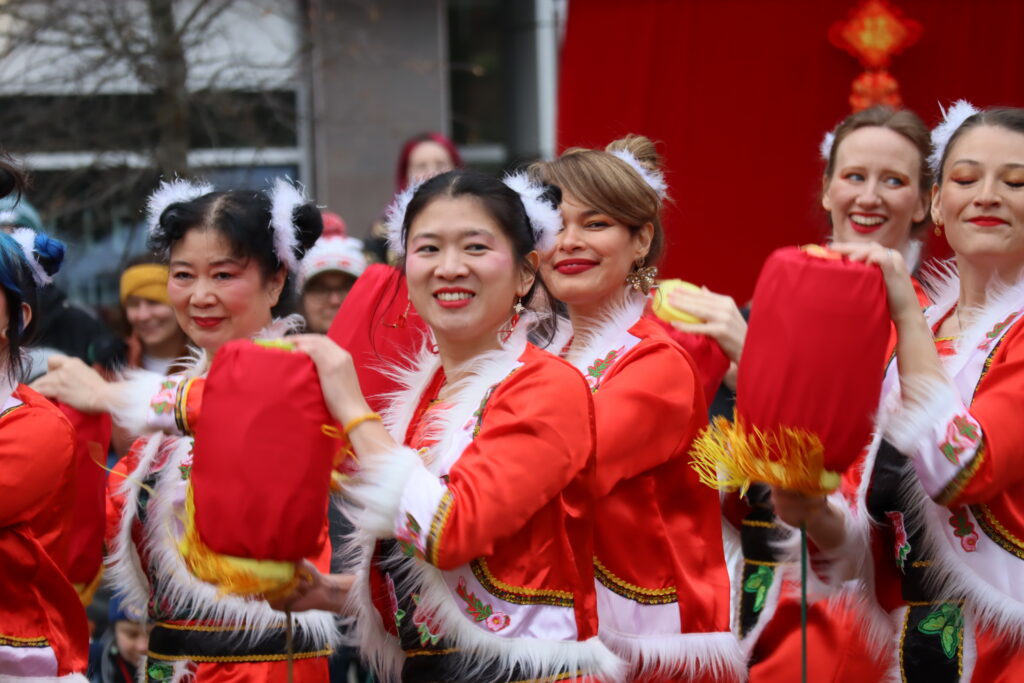 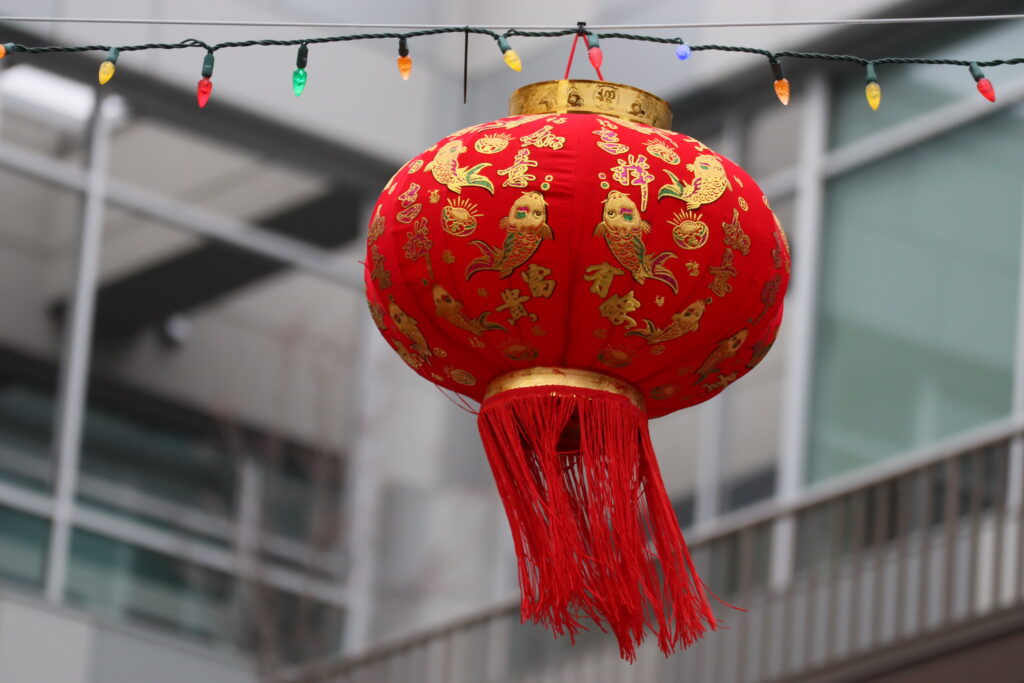 Chinese lanterns and other decorations were hung overhead. 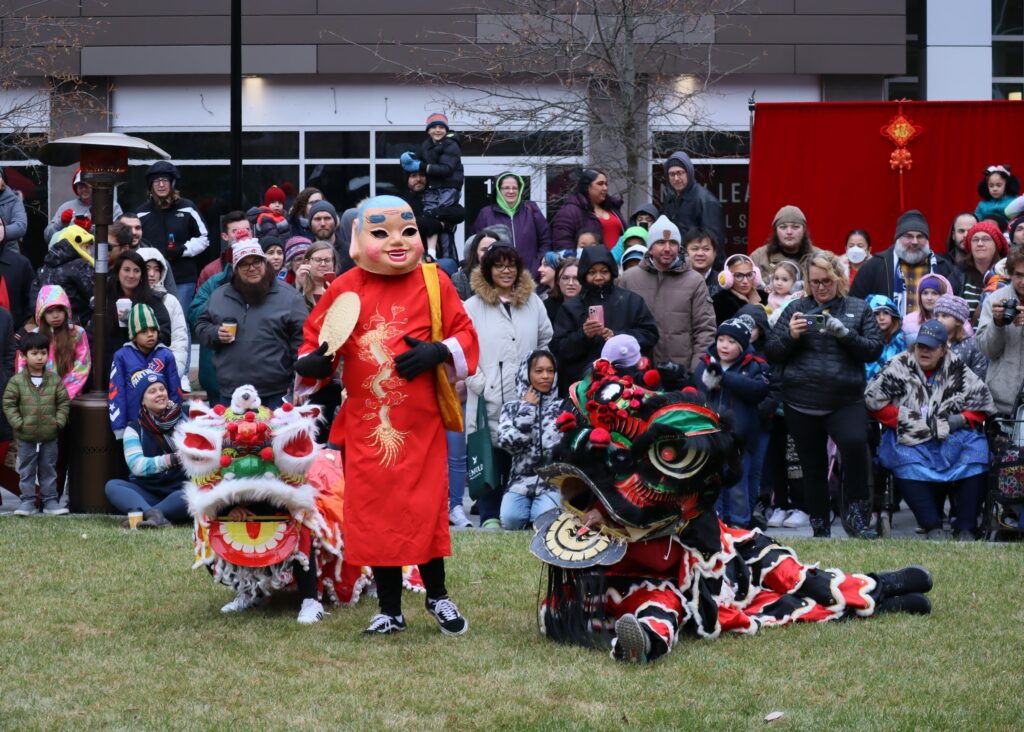 The two lions and the Buddha pause before beginning the Lion Dance. 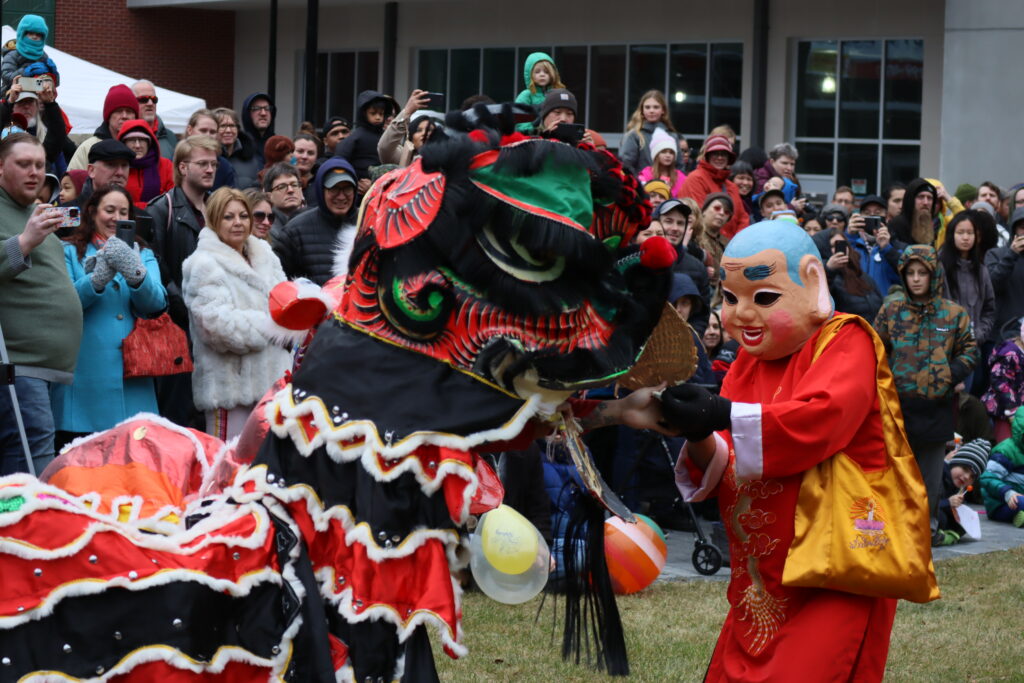 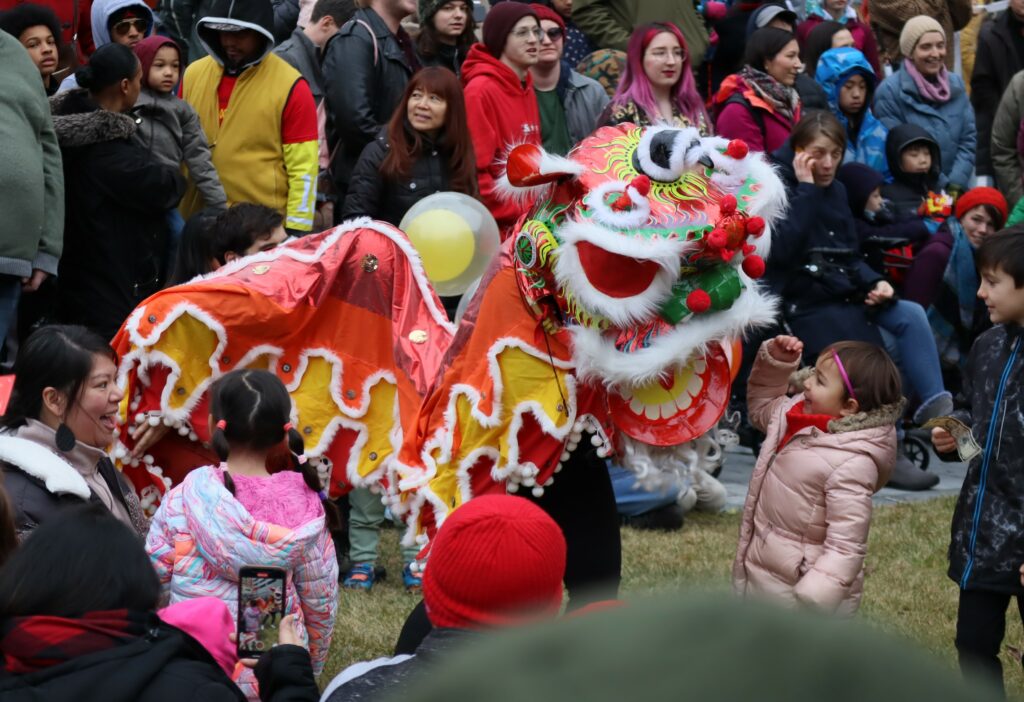 The crowd enjoys the lion's antics during the Lion Dance. 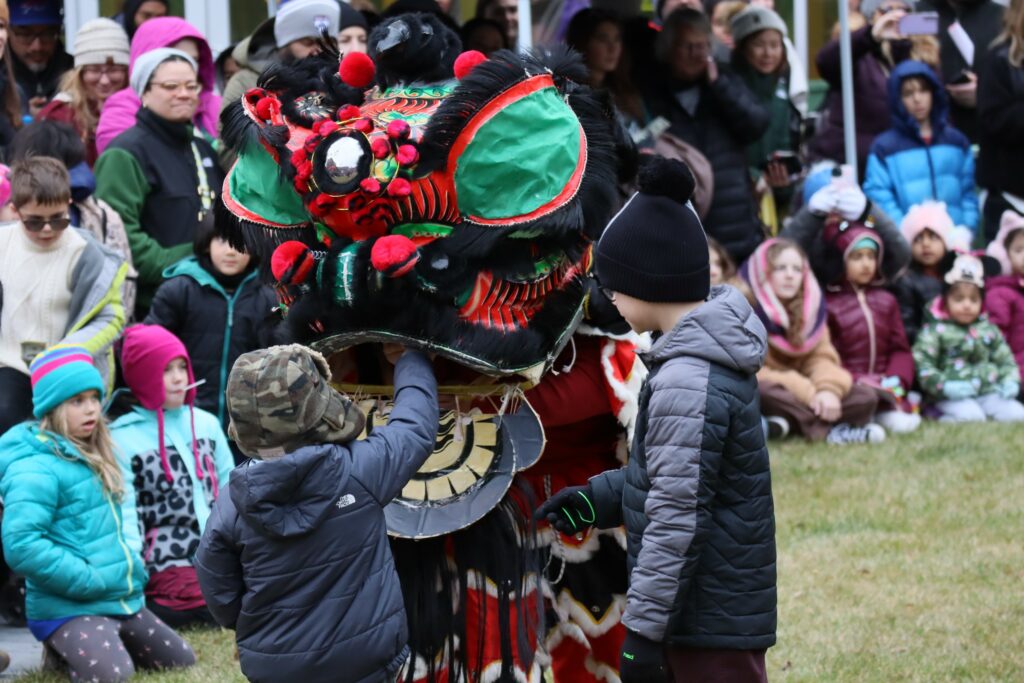 Children feed a money to one of the lions during the Lion Dance. 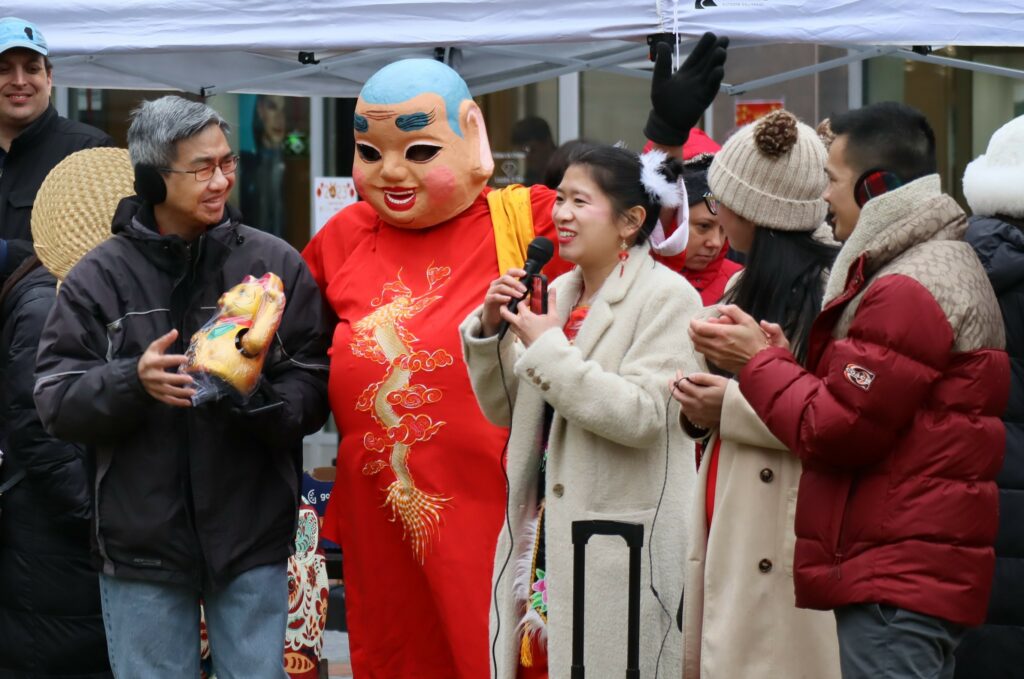