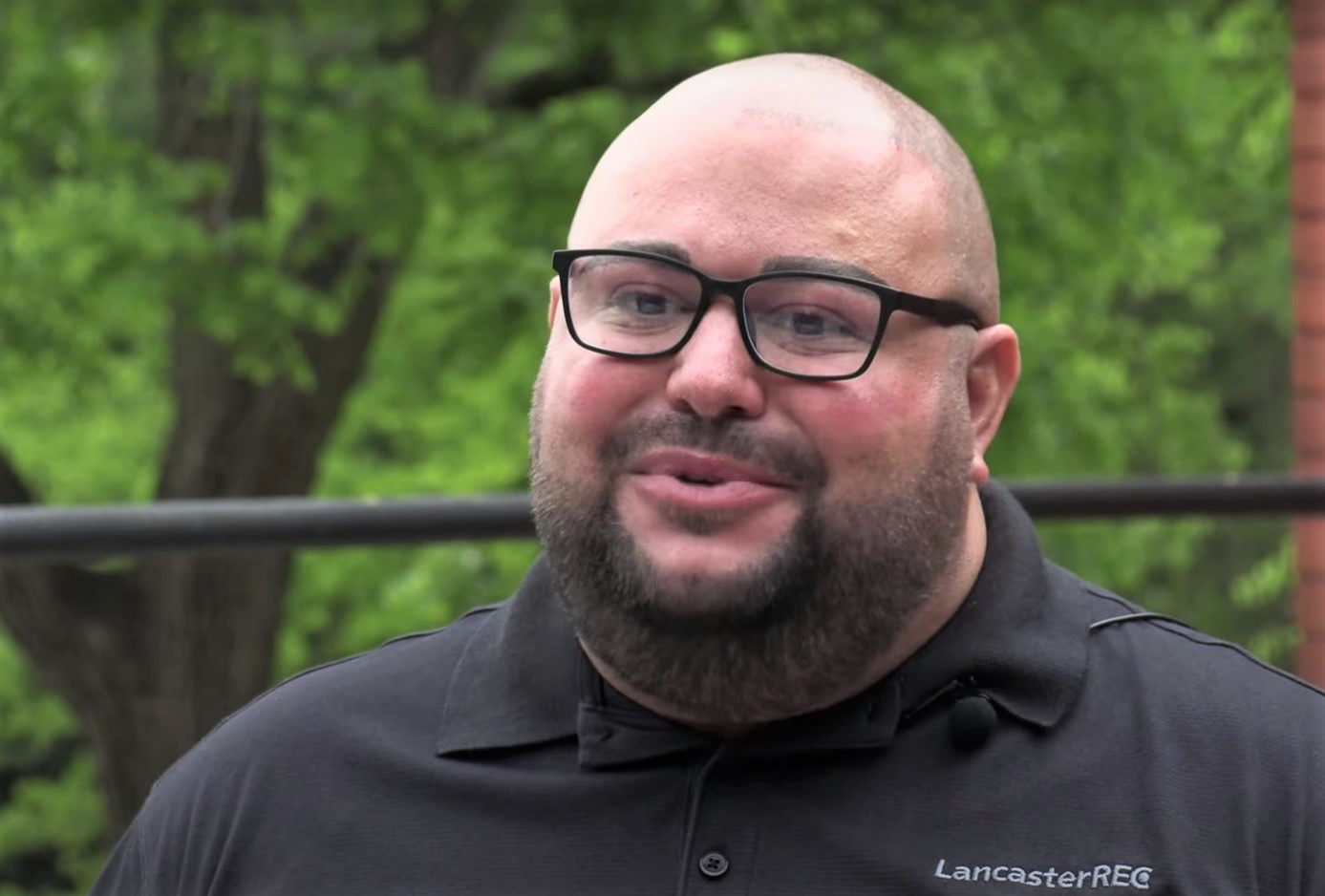 “Everything gets brighter” on Pride Month, says AJ Eckman.

Eckman has lived his entire life in Lancaster County, growing up in Lititz and eventually moving into the city. Throughout his 36 years, he has seen the progress but also the inequities that come with living in this area identifying as a gay man.

Related: June ‘Conversation About OUR Community’ to examine LGBTQ+ issues

Eckman came out when he was 13 years old. Initially, his parents were unaccepting and sent him to church-based conversion therapy. He and they eventually realized “this wasn’t going to work,” he said.

He was able to find support through a chosen family of friends and community and has persevered with the notion of “living my life as authentically as possible and being a decent person that gives back to the community.”

Eckman devotes himself to the nonprofit community. He is the marketing & development manager at the Lancaster Rec, a member of the LGBTQ+ Coalition’s Advisory Council and secretary of the Keystone Business Alliance, an LGBT chamber of commerce serving central Pennsylvania.

He says to the future LGBTQ+ generation, “Seek resources. Definitely find someone who you trust to talk about it with, whether that be an ally or someone who also identifies as gay.

“I would just say don’t give up. Keep your head up high. There’s no need to be ashamed of who you are. You’re just in a situation or place that’s not as accepting as you will find later in life. It does get better.”

Madeline Seiler is Marketing and Communications Director of United Way of Lancaster County.