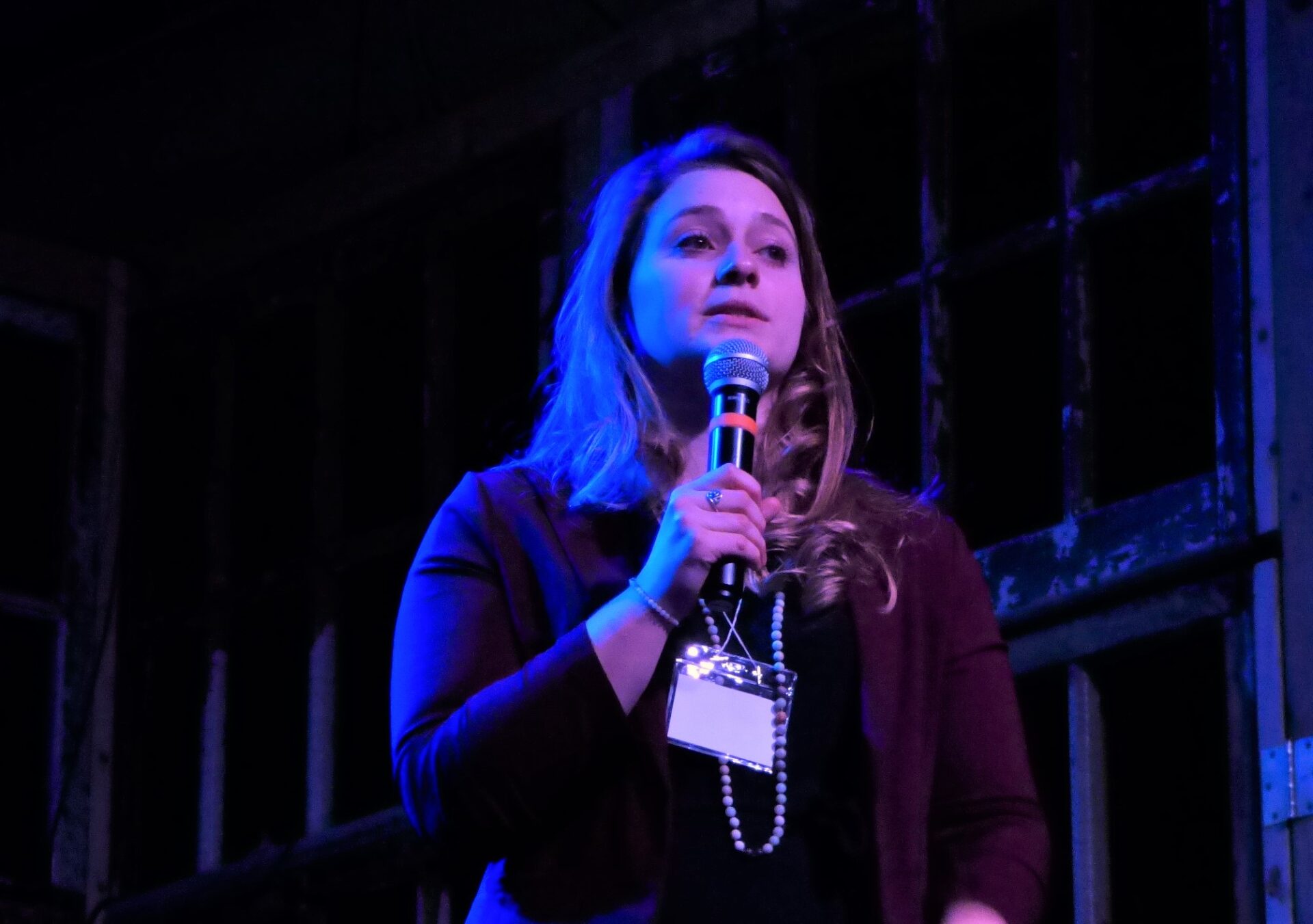 Jenna Mitchell Beckett loves many things about her native Lancaster County, but its rural areas are near the top of the list.

Beckett, 29, who leads the local and state teams working on conservation, agriculture and forestry at the Alliance for the Chesapeake Bay, has been deeply involved in grassroots environmentalism since college.

One United Lancaster recently sat down to get to know Beckett, delving into topics such as how she chose her profession, her favorite poem from Maya Angelou and what it would take to clean up Lancaster's waterways. 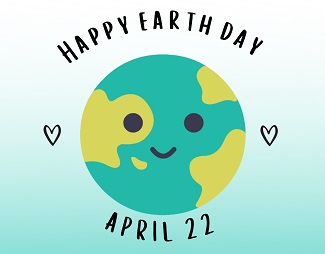 One United Lancaster: Tell me a little about yourself.

Jenna Mitchell Beckett: I am the Pennsylvania State Director and Agriculture Program Director at the Alliance for the Chesapeake Bay. Our mission is to work with communities, companies and conservationists to improve the lands and the waters that flow into the Chesapeake Bay.

OUL: What does that entail?

Beckett: In Lancaster and Pennsylvania, that means that about 70% of our focus here is trying to figure out ways to work with farmers and companies purchasing their goods to put in the work on the ground that our rivers and ecosystems need. We also work with cities, residents and businesses to improve their stormwater runoff on their land.

We've got an awesome forestry team that does a bunch of tree planting and woodlot management to improve the quality and quantity of trees. We also do stewardship and engagement work, inspiring and activating people to get involved with all of the things I just mentioned.

OUL: How long have you been in your role at the Alliance?

Beckett: I have been in my role as Pennsylvania State Director for four years and at the Alliance for six years.

OUL: What brought you there?

Beckett: I started college thinking that I wanted to do International Relations, minoring in Chinese. I was in my junior year of high school during Obama's election, so I think I was just like, "Yeah, politics!"

But then I went to D.C. and American University and realized that I actually hated politics. Science had always been my thing, so I transferred to Penn State to their Environmental Resource Management program, minoring in Watersheds & Water Resources and Environmental Soil Science.

Then, when I came back for my senior year, my Environmental Law instructor was making an ask for an intern. I interned with him and was introduced to watershed restoration and just loved it and thought that that was what I wanted to get my Master's in. But by that point, it was too late to go into it directly, so I ended up getting a job at the Lancaster County Conservation District as an erosion and sedimentation technician; basically making sure everything is going on as it should be when sites are under construction and dirt is opened up.

I did that for two years and learned so much about the front lines of environmental law and how codes and laws are perceived on the ground, whether you're talking to an Amish farmer or an excavator. I loved that, but I also knew that I wanted to do be as proactive and creative as we could possibly be.

Then a program manager position opened up at the Alliance, which I had never heard of, but I applied and I got it and I've just loved it.

OUL: So then that led you to becoming the Pennsylvania State Director?

Beckett: The Alliance is really neat because our team members can really create whatever kind of change they want. A year in, my boss decided she was going to move on to a new position.

I was only 24, but I thought, "I know that I love this work and believe in this work and I have a lot of ideas for our direction. And, if a new leader comes in, it could be 10 to 15 years until I have this opportunity again." So I threw my hat in and I ended up getting Pennsylvania State Director when I was 24. One of the first things that I did as director was move our office from Harrisburg to Lancaster.

There's just so much need here and Lancaster is the environmental capital of the Chesapeake Bay.

Our team's just really been growing, too. Back then, we had three people on the Pennsylvania team and now we have about 12, so that's exploding.

OUL: While we're thinking about the past, tell me about what you wanted to be when you grew up.

I don't know if I've ever really had a clear concept of what I wanted to do or be, but I've always had a good idea of what I enjoyed. I was super, super, super involved with Interact Club. I was vice president my sophomore year and president by senior year and just ran a bunch of community events. I knew that I really liked that, like brainstorming and implementing project ideas.

I liked working with the community, which is why it's funny that it took me six years to come back to community work. I think I always wanted to be doing something beneficial in some way, shape or form with a community.

OUL: Was that kind of a standard when you were growing up?

Beckett: My mom is an insurance agent and my dad is a postal worker and they always told my brother and me to figure out what we enjoyed doing. They both don't have college degrees and so they wanted us to be able to go to college for something we enjoy and select a career path that really made our hearts happy.

My mom, being in business, certainly volunteered with different organizations and served on different boards, too, and would take us along, so I definitely think it was part of our upbringing. I think it was modeled, but not in a typical sense.

OUL: While we're talking about pursuing things you enjoy, can you tell me about some of the things you like to do when you're not at work?

Beckett: I think I have too many hobbies. Like, right after our interview I'm taking my dog, Buster, who's a little cockapoo, to do agility. I'm also learning how to throw pottery on the wheel right now at the Lancaster Creative Factory, which is an amazing organization. I used to be really into weightlifting and I'm trying to get back into that and I really like to read.

OUL: What are you reading right now?

Beckett: Right now I'm obsessed with Maya Angelou's "On The Pulse Of Morning." You have to read it a couple times yourself and then watch the video of her reading it at Bill Clinton's inauguration.

Maybe the third time I read it, it hit me what she was saying. I think what's sad is that the message is about unity in our country and how taking the steps to no longer be divided is actually not that hard. But [the poem] is from the perspective of a rock, a river and a tree and it's about how interconnected we are with the natural world but we just don't think about it.

OUL: I saw that you were one of the speakers during TedX RegenAll a few months ago. Can you tell me about your role in that?

Beckett: Eric Sauder, who is the brains and energy and heart behind RegenAll, works for TeamAg, which is an ag engineering and technical service firm in Lancaster. We work with them a ton in order to support our farmers. For the majority of the projects that we're putting on the ground, TeamAg is doing the conservation plan or doing project management for the installation, etc.

The Alliance's niche in conservation at the moment is working with companies to help them understand the high-level corporate goals that they're setting for themselves related to [green house gases], water quality, biodiversity, etc., and helping them build strategy for how to achieve their goals with the farmers that supply to them.

So Eric is working on building a regenerative agriculture division within TeamAg and we've been brainstorming with him a ton about how we can work together, so that's how I got involved with speaking at the TedX event.

OUL: Are there any upcoming projects or goals related to that?

Beckett: On the ag side of things, we have a Regional Conservation Partnership with Turkey Hill Dairy and then the co-op that their farmers belong to. The co-op that supplies to Turkey Hill is Maryland & Virginia Milk Producers Cooperative Association, which is very confusing because 70% of their farms are actually in Pennsylvania. But that is a big project that has been going on for four years. It was our first deep corporate partnership focusing on farmer implementation.

We had met the former CEO of Turkey Hill, his name is John Cox, and had asked him if he knew how many of his farms had a conservation plan and were implementing that plan. Two weeks later, he put it in the bid requirement for the co-ops that whoever responded to that bid would be required to make sure that their farmers had a conservation plan and were implementing it.

That is the first time — that we know of — where that type of requirement was put in place, at least in the Chesapeake Bay watershed.

We've been working with Maryland & Virginia Milk Producers for four years and we've actually received about $10 million to date from various funding sources to help the farmers [implement plans] because many can't afford it. We actually just received a $4 million grant from the Natural Resource Conservation Service for that partnership.

OUL: Is the Alliance a part of any current projects locally?

Beckett: We have a partnership with the City of Lancaster; that's my Green Infrastructure team. The city has a program where they'll reimburse residents 50% of the cost of installing green infrastructure that is above and beyond what is required for a backyard project.

We are helping to build an education outreach around that opportunity and then we facilitate that grant program for the city.

We've also been partnering with the city's new urban forester, Cody Kiefer, and strategizing together about how we can get more people interested in planting trees in their front and back yards in the city and how to build a community of people who help us take care of the trees.

Our forestry team is also just doing thousands of tree plantings, really helping anyone who will plant trees to put them in the ground.

OUL: Is there anything else that you'd want the community at large to know, either about your or your work?

Beckett: I don't think the average Lancastrian understands how respected Lancaster County is for all that we've accomplished and how much amazing activity is going on in regard to the environment and water quality. There are so many awesome organizations doing amazing work.

But I don't think the average Lancastrian understands that our streams are not what a stream should be. Our streams are very unhealthy. We're just asking for 35 feet on either side of streams to plant our trees and that would dramatically change most streams in Lancaster County because it would help stop manure and road runoff, etc., from getting into the water.

I think people just brush it off and say, "I don't care; it doesn't affect me," but I think if we could figure out a better balance between our needs and our streams' needs, there'd be serious quality of life improvements.