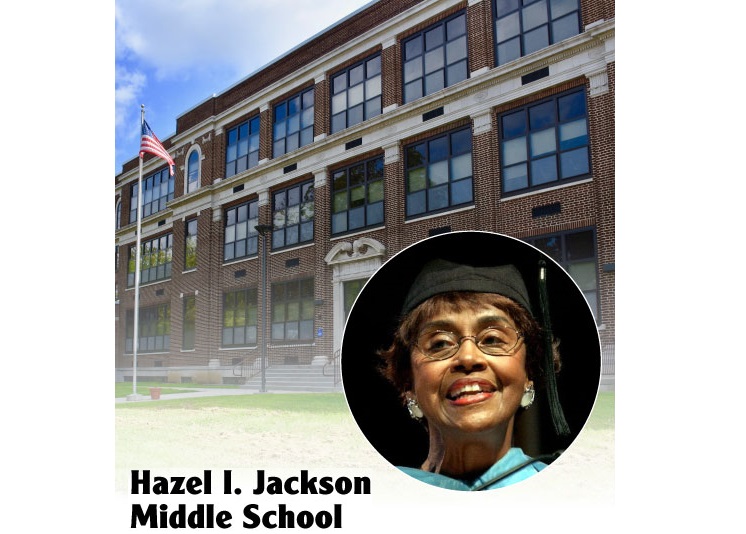 The newly renamed Hazel I. Jackson Middle School in the School District of Lancaster will be dedicated formally on Monday, Sept. 20, the 95th birthday of the admired Lancaster educator who passed away in 2014.

The event will take place indoors, and Covid-19 protocols, including masking, will be in place. Refreshments will be provided by the NAACP and Bethel A.M.E. Church.

Jackson was a notable community leader, serving on boards including the Lancaster branch of the NAACP and the United Way of Lancaster County.

Renamed at the same time as Jackson Middle School was Smith-Wade-El Elementary School at 910 Hamilton Park Drive. It had previously been named for President James Buchanan.

Smith-Wade-El, who died in 2018, was a pathbreaking professor at Millersville University and a prominent advocate for social justice, serving as education chair for the Lancaster NAACP and in many other roles.