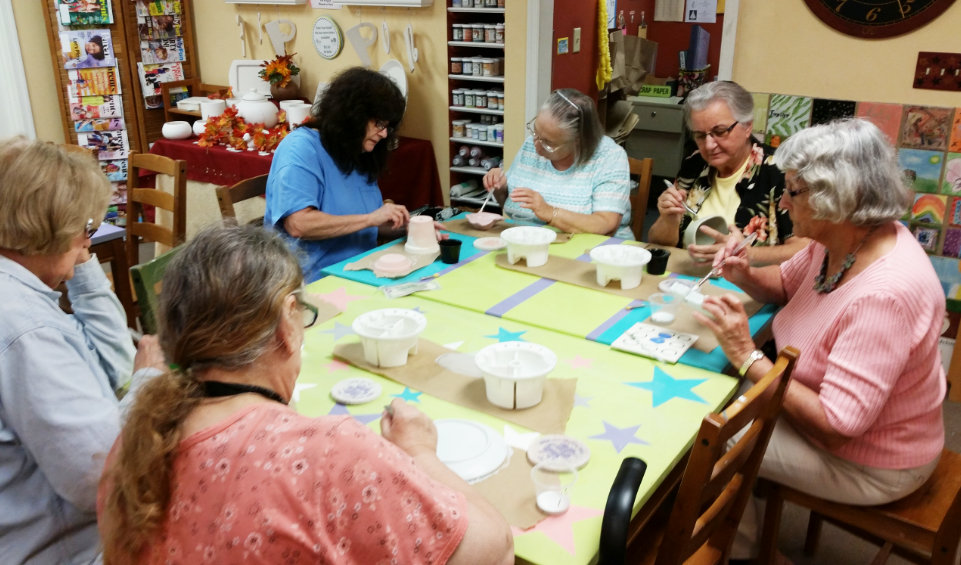 Mills is referring to Compeer, the program he coordinates on behalf of Mental Health America of Lancaster County. Compeer is a friendship-based program using volunteers to connect with adults who have mental health difficulty.

Volunteers and friends are asked to make an initial commitment to spend a year together with an average of four hours a month doing what friends like to do, making connections through common interests in activities and hobbies.

Launched in 2001, Compeer was a stand-alone program before becoming an affiliate of MHA Lancaster. Mills became its coordinator in 2013, after retiring from full time work and wanting to go into something part-time.

“I always spent my life in human services with a focus on mental health concerns. So I saw the ad and applied, and nine years later here I am.”

He will be drawing his second career to a close shortly however, handing the coordinator role to his successor, Lauren Straub later this year.

Lancaster’s Compeer program has about 75 one-to-one friendships, having placed over 500 friendships over its history. The youngest volunteer is 18 years old, having started her training at age 17.

“We have folks in their 80s,” Mills said. “We have our original friendship connection of two guys that got together in 2001, so they they’ve been together for 20 years, and they get together on an average of 10 to 15 hours a month. They really support one another, and we support them.”

Compeer’s guidelines include matching gender and an age range both the friend and volunteer are comfortable with. Joe says that most folks tend to be comfortable matched with someone within 10 years younger or older than themselves.

Many of the individuals who take part in Compeer have issues with anxiety and depression, he said, and making interpersonal connections helps them to have healthier lives.

“Our motto is ‘Mental Wellness starts with friendship,’” Mills said.

He added that these one-on-one friendships can and often expand acquaintanceships through the activities shared.

Participants typically find their way to Compeer through referrals from mental health professionals and organizations. Volunteers are recruited through United Way of Lancaster County, the media, churches and other civic organizations.

Prior to the pandemic, Compeer held a mix of small monthly events and three large annual events to allow all participants to gather together in a larger social setting.

Once the lockdown happened, sharply limiting in-person contact, many Compeer friendships continued virtually or through email, phone calls and texting.
In-person gatherings have since resumed, and Mills said Compeer will be holding a picnic in early August.

“Traditionally we’ve had 65 to 80 people there,” he said, though attendance is expected to be a bit smaller this year. “We encourage them to come and meet one another.”

Those interested in volunteering as companions can apply through Compeer’s website, where there is an online application, or phone Compeer at (717) 397-7461.

Once having applied and passing reference and criminal background checks, a volunteer is set up for orientation and training, which takes 90 minutes to two hours. During that phase, interests, hobbies and personalities are assessed so Compeer can make the best match.

There are currently more than 50 friends on the waiting list, so volunteers are encouraged to apply.

There are also one-time volunteer opportunities, such as with Compeer’s upcoming picnic and other events. “There is always support needed,” Mills said.

Compeer is part of Compeer International, a network with nine affiliates in Pennsylvania and over 50 affiliates throughout the nation. It also reaches into Australia and Canada.

“I think mental health awareness is something that’s on all of our minds right now and even before the pandemic. [For] people with mental health difficulties, the area of most need that I see when we get a referral is that [they] have not many friends. They become more isolated, they’ve been limited in building friendships.

“So that’s why we exist—to help build friendships.”