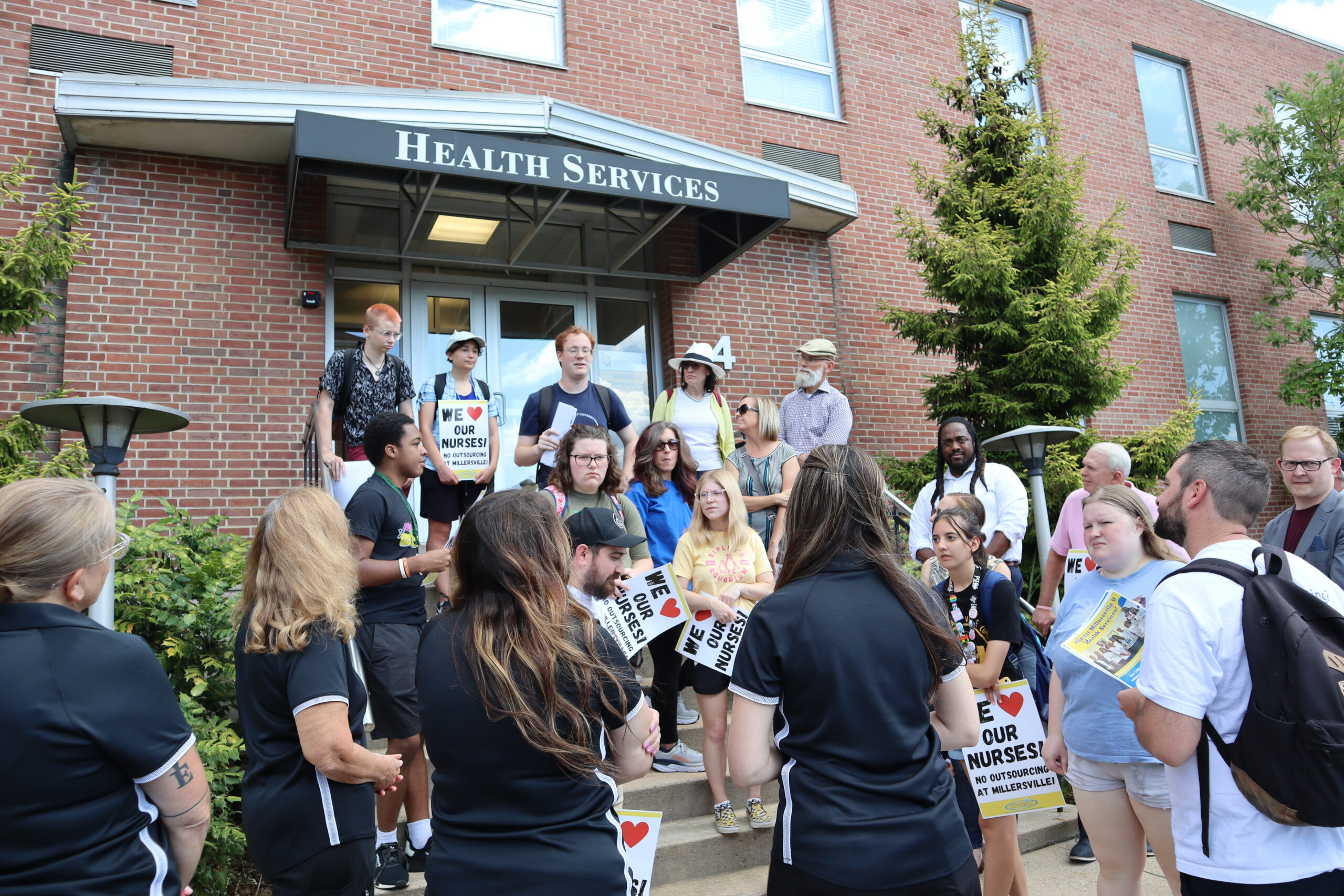 Millersville University said Friday that it will not outsource its campus Health Services operations, after its request for proposals from third-party vendors failed to yield any bids.

The decision means that half a dozen nurses represented by Office and Professional Employees International Union Local 153 will continue to be university employees.

The union strongly opposed the outsourcing move, as did many campus community members. On Aug. 31, a delegation presented Millersville’s administration a petition with roughly 1,400 signatures calling on the university to keep its Health Services in-house.

“As a state university, Millersville University is always looking for ways to give students the best services possible at the lowest cost,” she said. “The RFP was issued to ensure the University was using tax and tuition dollars efficiently.”

In a statement, the nurses said the RFP process had been difficult for them but that they were overwhelmed by the support they received.

“We look forward to our continued work with Millersville University serving our students and campus community,” they said.