Pa. House and Senate members, advocates and parents hold a press conference in support of the Fairness in Women’s Sports Act at the Capitol in Harrisburg on Tuesday, June 7, 2022. The speaker at the podium is Amy Williams, the mother of a Hempfield High School girls track team member. (Source: Pa. Family Council) 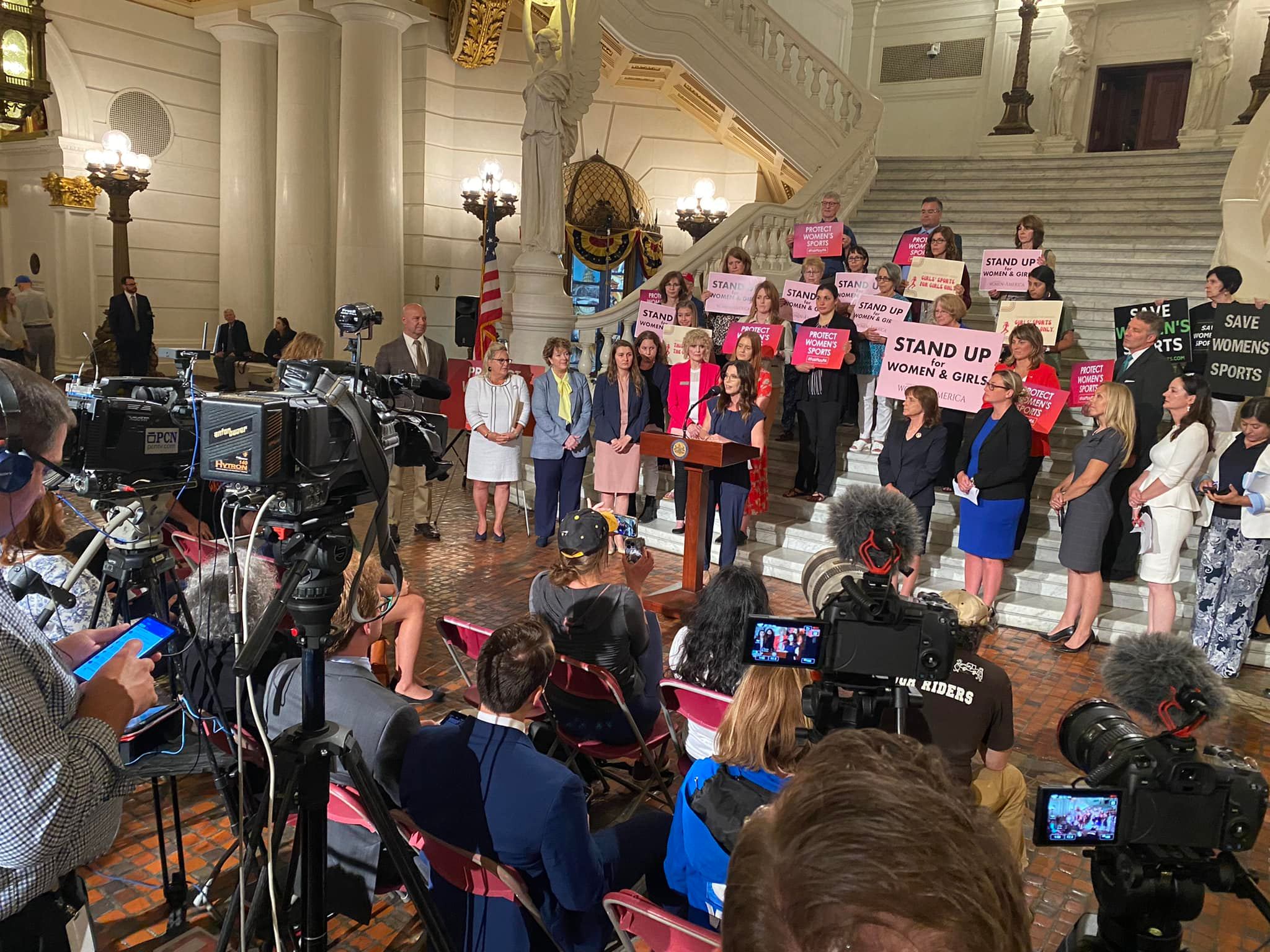 • Pa. Senate votes to bar transgender athletes from women’s sports: The vote on the Fairness in Women’s Sports Act was 30-20 along party lines. (Source: Capital-Star)

• United Way of Pa. pushes for state-level earned income tax credit: The agency cites research suggesting that every $1 in lost tax revenue would be offset by $3 in lower social spending and $4 in economic growth. (Source: CBS 21)