Advocates call for a “People’s Budget” at the Capitol in Harrisburg on Tuesday, June 14, 2022. (Source: Make the Road PA) 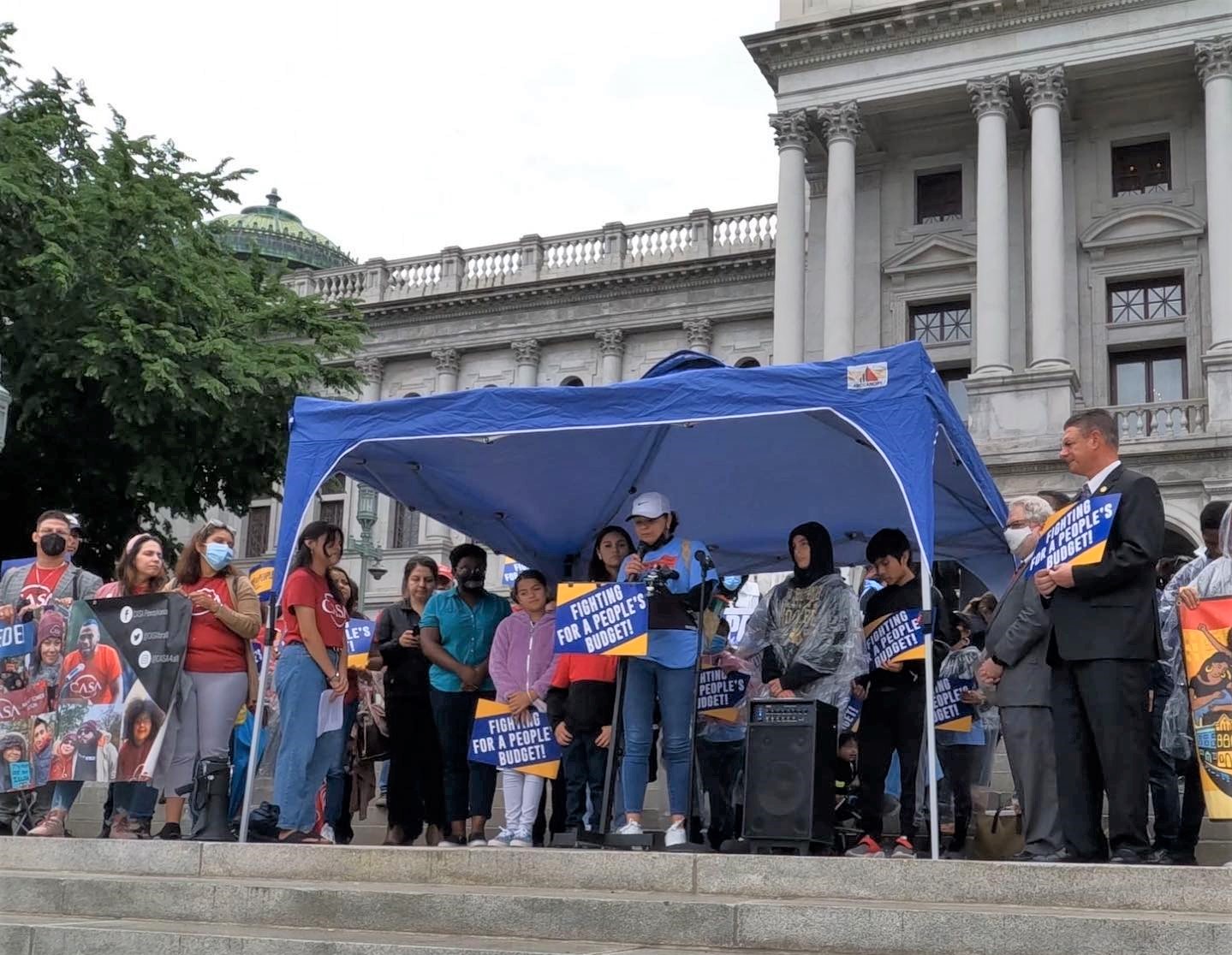 • Hempfield school board votes to approve transgender athletics policy: The policy, which calls for athletes to play on teams corresponding to their biological sex, with “reasonable accommodations, requires a second vote to be implemented. (Source: LNP) Meanwhile, the board heard from both sides regarding the after-school drag show held in April. (Source: CBS 21)

• Mastriano to introduce bill to arm teachers: The gubernatorial candidate and state senator said his bill is a response to the Uvalde, Texas, massacre. (Source: ABC 27)

• Rally for a ‘People’s Budget’ in Harrisburg: Progressive groups called for the state to use its estimated $9 billion surplus on affordable housing, subsidized child care and fair funding for education. (Source: CBS 21)