Samuel Lazar, foreground, is seen in an online video image during the U.S. Capitol riot on Wednesday, Jan. 6, 2021. (Source: Justice.gov) 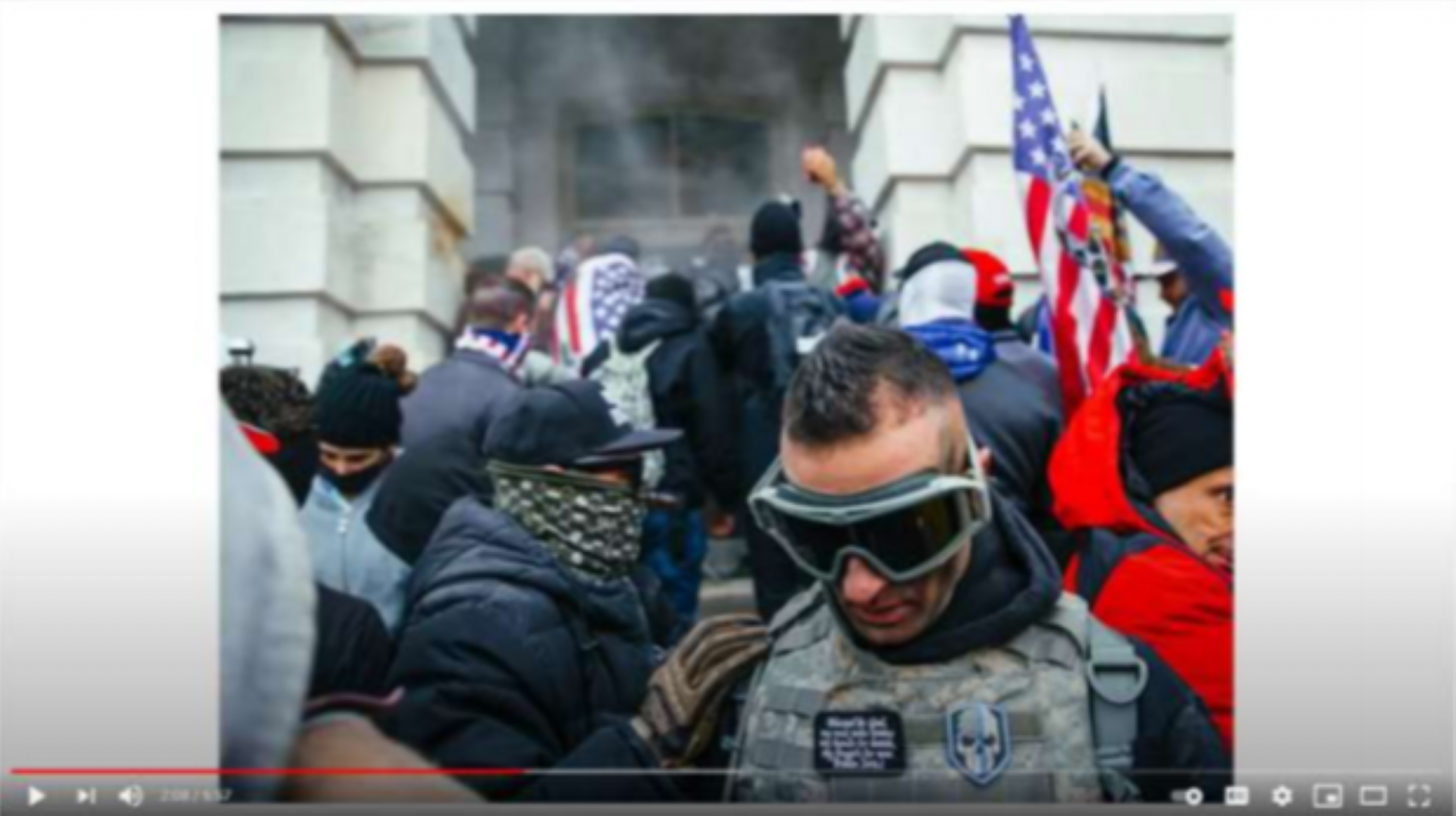 • Accused Jan. 6 rioter Samuel Lazar marks one year in detention since arrest: He is accused of spraying a chemical irritant at police. (Source: LNP)