Campaign signs are posted in the median strip on President Avenue in Lancaster on Monday, Nov. 7, 2022. (Photo: Tim Stuhldreher) 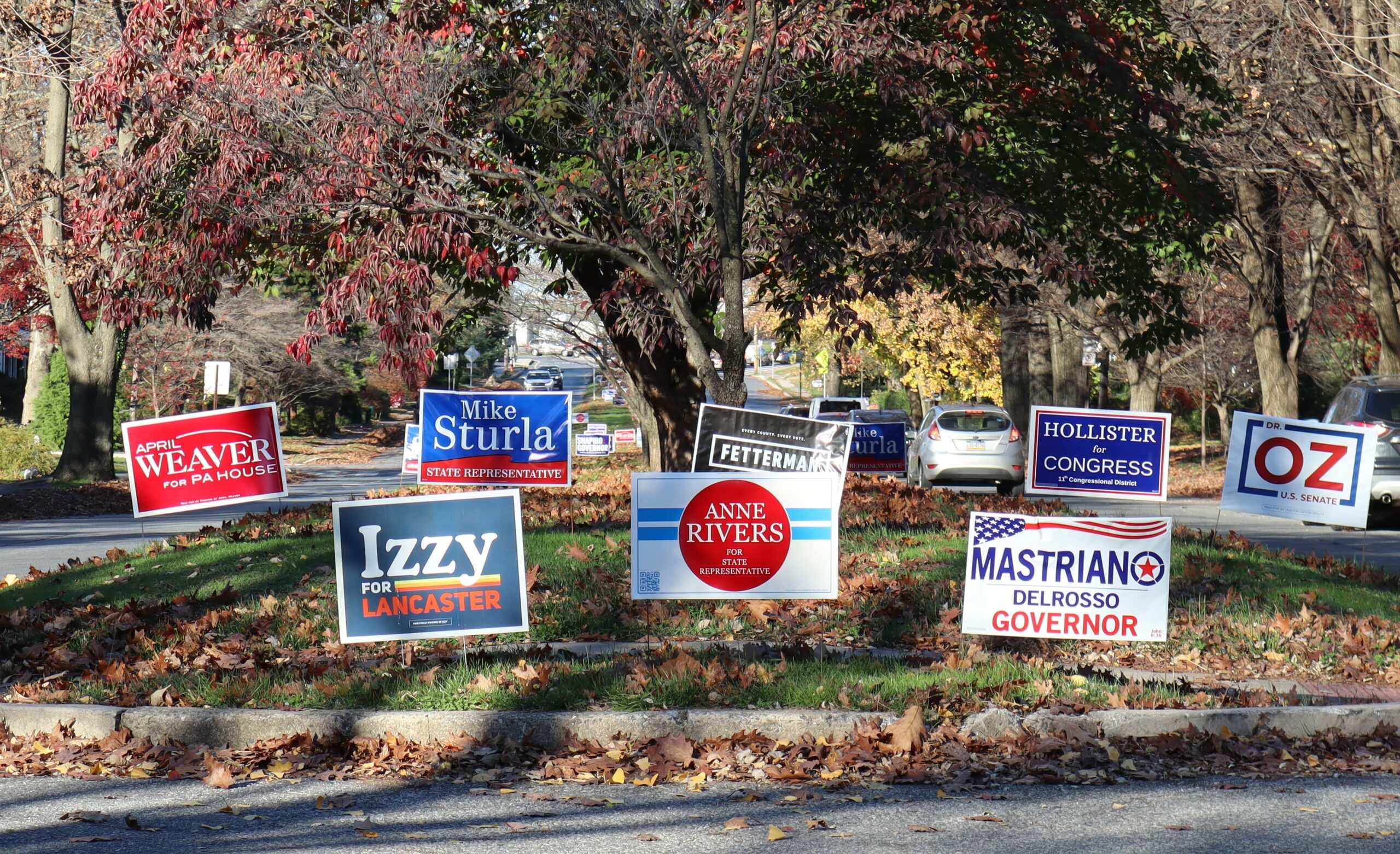 • Voters head to the polls: Today’s midterm election will determine control of the U.S. House and Senate and Pennsylvania’s governorship. (Source: Spotlight PA)

• Philadelphia reinstates ‘poll book reconciliation’: The procedure, which catches double votes, is expected to delay city and statewide election results. Republicans had sued to keep it when election officials sought to end the practice, saying other security measures made it redundant. (Source: Inquirer)