Lancaster city’s Christmas tree, donated by the Hauser family of Lititz, is set up in Penn Square on Wednesday, Nov. 10, 2022. (Source: City of Lancaster) 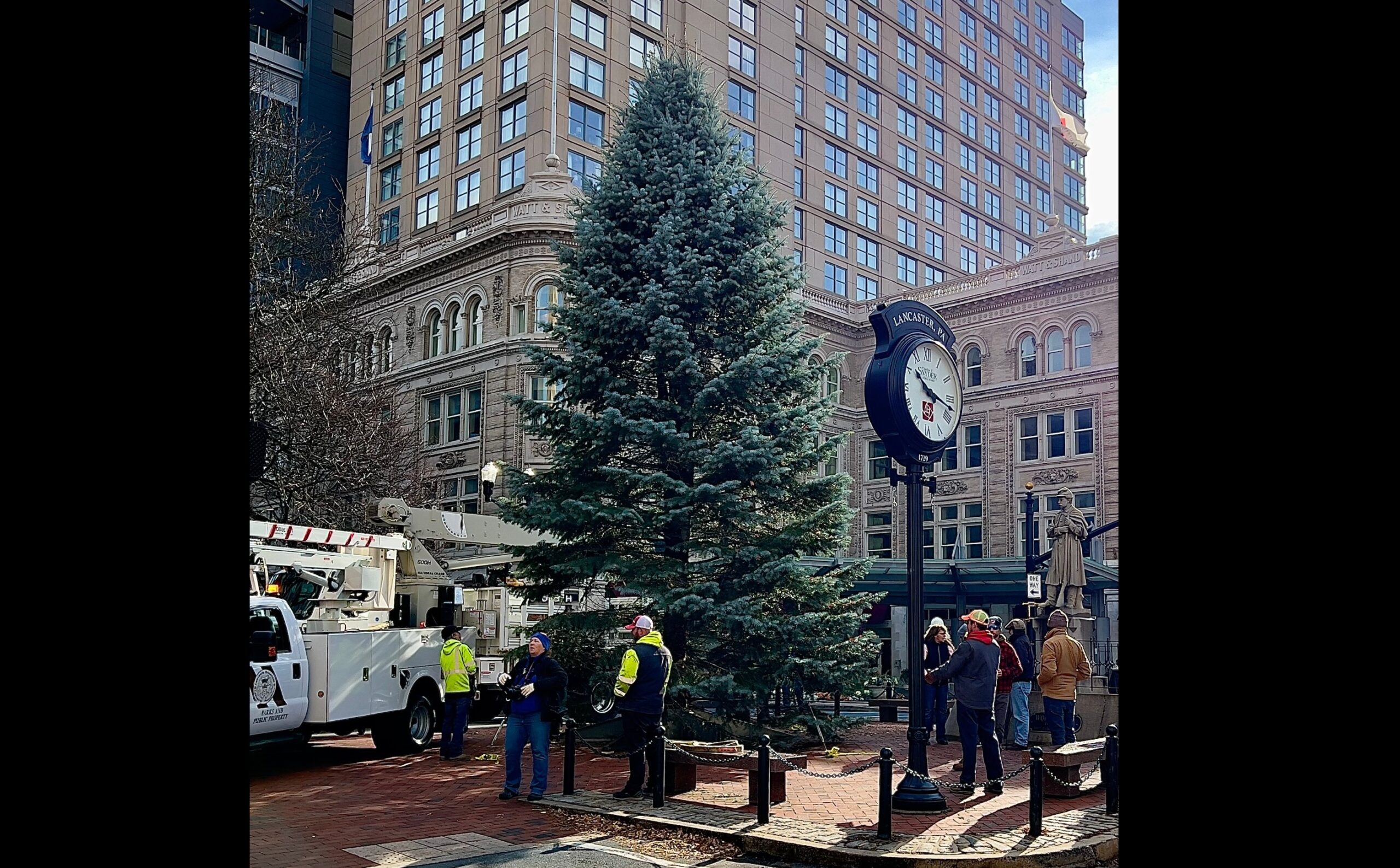 • Special events set during ExtraGive: They include a dance class and workshop by Imani Edutainers African Dance Co. and Tenfold’s annual campout at Clipper Magazine Stadium to raise awareness of homelessness. (Source: LNP)

• Wolf, Shapiro discuss transfer of power: The Gov.-elect Shapiro said he wants to build an administration that represents all of Pennsylvania. (Source: CBS 21)

• Control of Pa. House likely hinges on Montgomery County race: Democrat Melissa Ceratto holds a 37-vote lead over Republican state Rep. Todd Stephens. There are 59 provisional ballots, and challenges are pending to 47 of them. (Source: Capital-Star)

• Crews erect downtown Lancaster Christmas tree: The tree will be lit at a holiday celebration on the Friday after Thanksgiving. (Source: ABC 27)