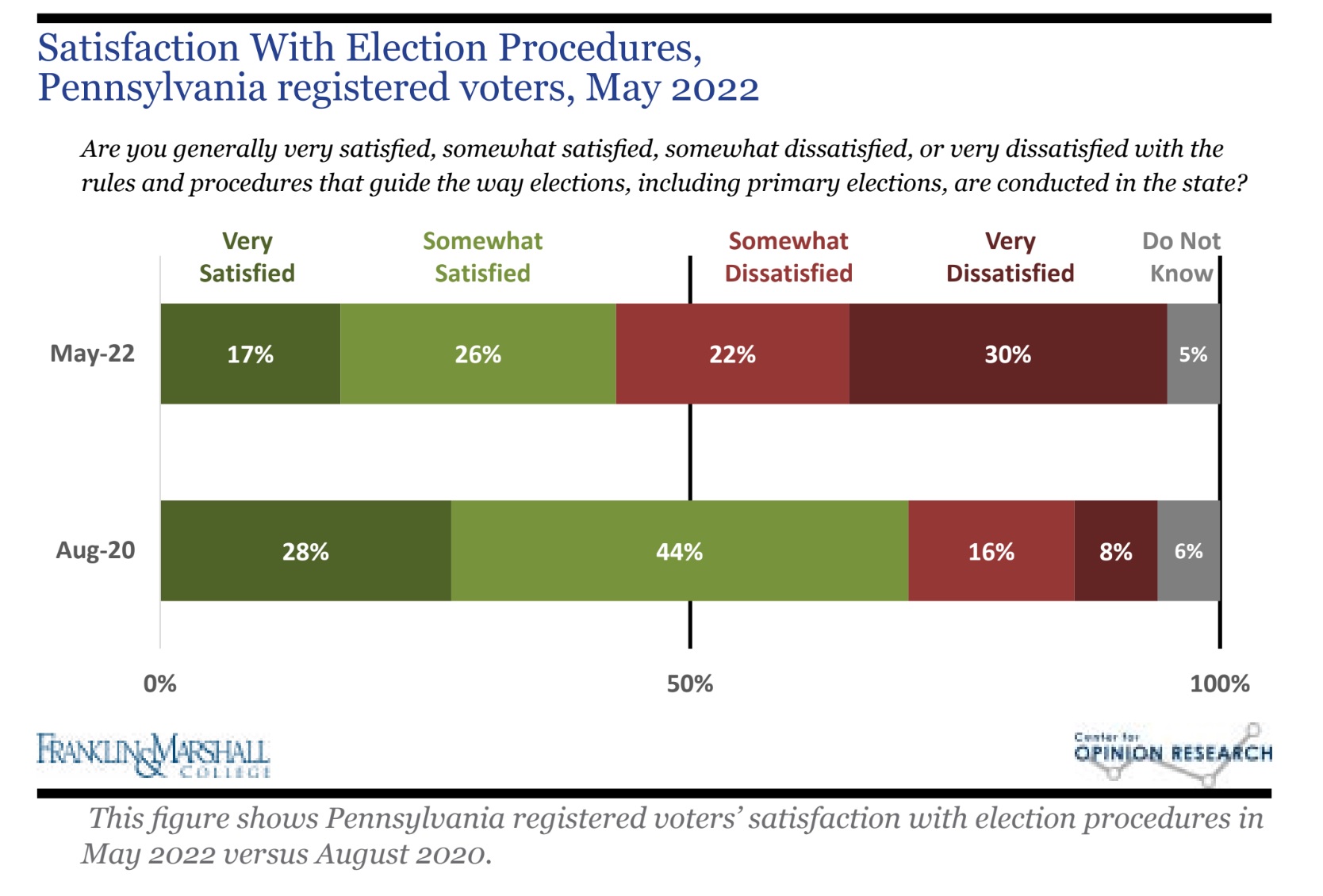 • 'Big Lie' pays off, increasing skepticism about election integrity: Among Pennsylvania Republican voters, 72% are dissatisfied with election operations, according to a new Franklin & Marshall College poll. Among Democrats the dissatisfaction rate is 29%, for a combined overall rate of 52%. (Source: LNP)