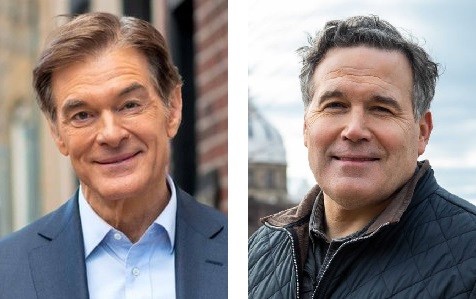 • Oz-McCormick race remains a dead heat: Fewer than 2,000 votes separated GOP U.S. Senate candidates Dr. Mehmet Oz and Dave McCormick on Wednesday evening. That's fewer than the 4,000 ballots in Lancaster County that had to be re-marked due to a printer error. (Source: CBS 21)

• Report: State legislators are members of far-right Facebook groups: The Institute for Research and Education on Human Rights identified 875 lawmakers, including 40 in Pennsylvania, who have joined Tea Party, Covid-19 denial, 2020 election denial and other groups. (Source: Capital-Star)

• Fetterman will resume lieutenant governor role next week: Fetterman, who suffered a stroke last week and has since had a pacemaker implanted, submitted a letter to the Pennsylvania legislature Wednesday indicating he is fit to take back his duties from Senate President Pro Tempore Jake Corman. (Source: ABC 27)