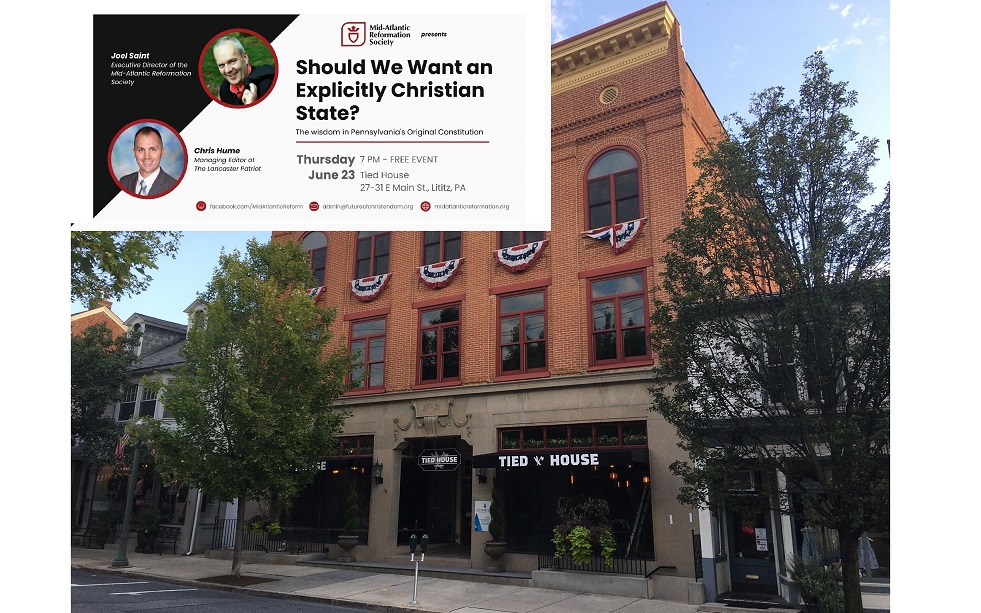 • Critics denounce brewery for hosting ‘Christian state’ discussion: St. Boniface Brewing Co.’s Tied House Lititz is the venue for a planned June 23 discussion by leaders of the Mid-Atlantic Reformation Society and the Lancaster Patriot newspaper, titled, “Should We Want an Explicitly Christian State?” The event has come under fire as promoting extremist Christian nationalism. (Source: LNP)

• Bill would restrict inmates’ access to public records: The legislation, which passed the state House on Wednesday, would limit inmates Right-to-Know requests to their own cases. Proponents say inmates are burdening the system with illegitimate requests; opponents say the measure is discriminatory and unconstitutional. (Source: AP)

• City Hall gets 5 bids to operate municipal broadband: The city is seeking a company to take over the “LanCity Connect” network built out by MAW Communications. (Source: LNP)