Placards cover the base for a statue of Barney Ewell that will be installed in Ewell Plaza in downtown Lancaster. (Source: Barney Ewell Legacy Committee) 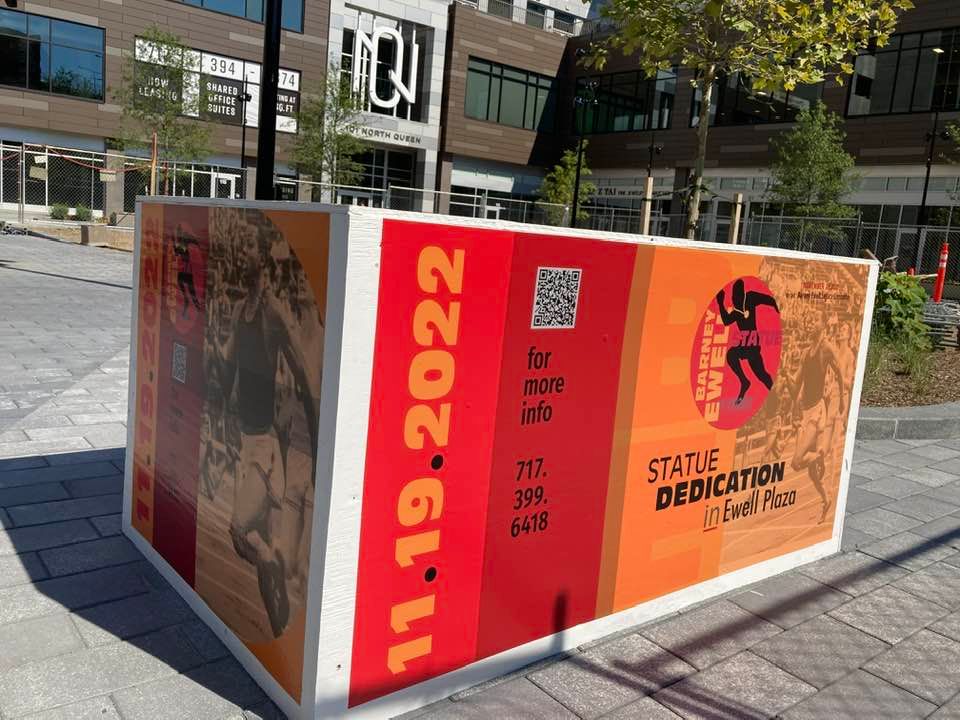 • Work under way on Barney Ewell statue: The statue honoring the Olympic sprinter in downtown Lancaster is to be unveiled Nov. 19. (Source: WGAL)