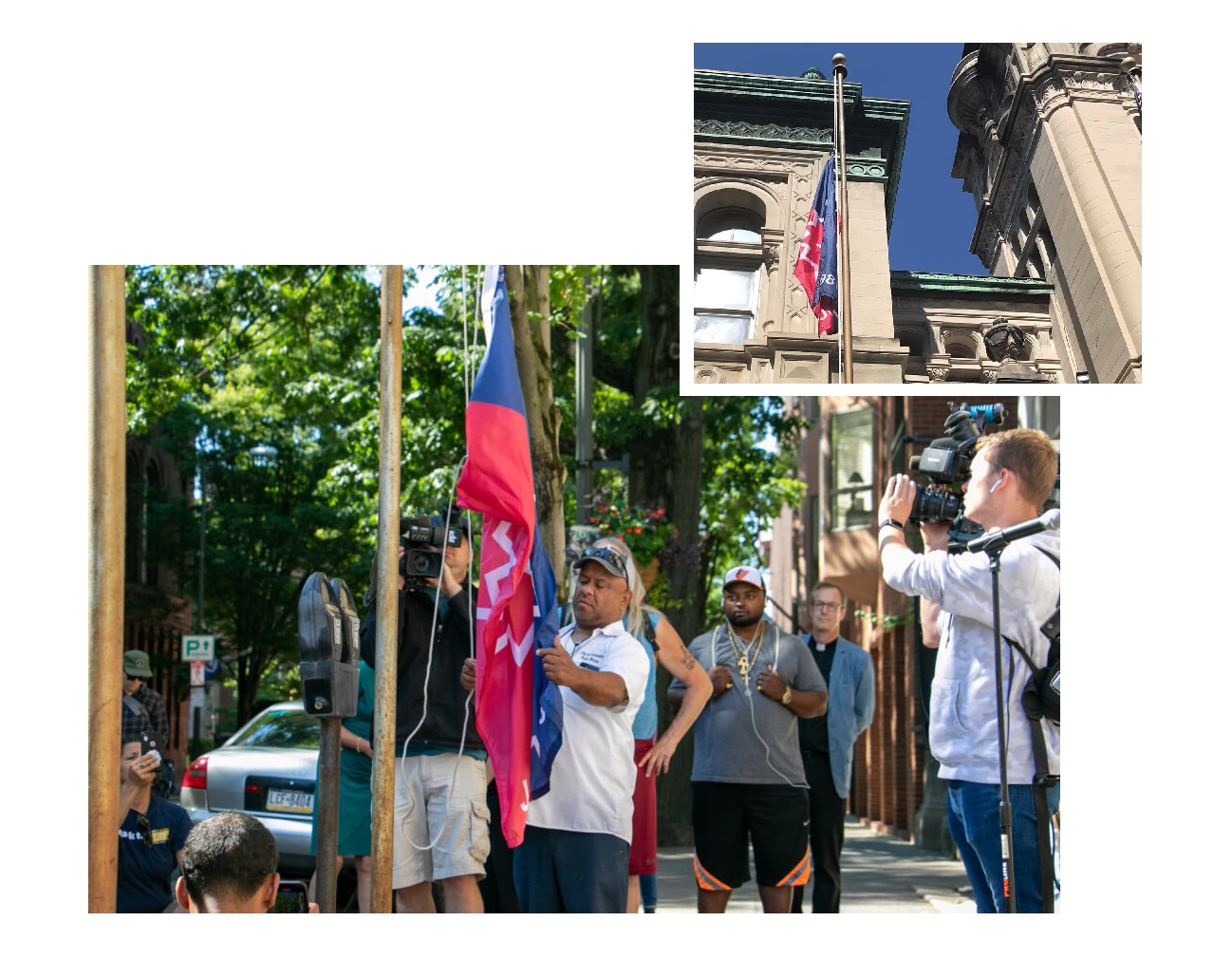 Lancaster’s chief legal advisor is recommending that City Council declare the practice of flying commemorative flags outside City Hall to be “government speech,” due to the legal implications of a recent U.S. Supreme Court decision.

In order to retain discretion over which flags are flown at City Hall’s entrance, “we need to make it a place of government speech and not a place of public accommodation,” Solicitor Barry Handwerger told City Council at this week’s committee meeting.

The issue stems from a Supreme Court case involving a conservative activist Harold Shurtleff’s desire to fly a Christian flag outside Boston City Hall. In a 9-0 ruling, the justices said Boston’s government had treated its flagpoles as a neutral public forum, and therefore could not disallow particular flags based on their meaning or symbolism.

On Wednesday, Shurtleff’s flag briefly flew outside the building.

Up to now, Lancaster has followed more or less the same informal flag policy that Boston had, Handwerger said. Normally, the U.S., Pennsylvania and Lancaster city flags are flown; from time to time, commemorative flags are raised with the city flag on the same flagpole.

Without a new policy, the city could face the same legal challenge any time it refused a request to fly a flag, no matter its content or the group or ideology it represented.

Accordingly, Handwerger drafted an ordinance that lays out an approval process for outside organizations seeking to fly a commemorative flag.

It declares that city flagpoles “are not intended to serve as a forum for free expression by the public, but rather as a non-public forum” and that all flags flown count as “an expression of the City of Lancaster’s official sentiments.”

It requires City Council to approve all requests to fly commemorative flags. They’ll be flown for no more than three days and organizations will have to re-apply every year. Explicitly religious, political or commercial flags are prohibited, as are flags endorsing violence, discrimination, prejudice or racism.

The policy would apply to any substitute sites the city uses, such as the Penn Square Visitor Center, where flags were flown this year while the City Hall entrance area around the flagpoles was being renovated.

Darlene Byrd, of South Ann Concerned Neighbors and the Lancaster chapter of National Action Network, said she hoped the city would make a point of reaching out to the organizations that have flown commemorative flags in the past. The Department of Neighborhood Engagement will do so, Handwerger said.

The proposed ordinance will be introduced this coming Tuesday. City Council holds only one regular meeting in August, so a vote will not take place until September.

Handwerger said he hasn’t looked into whether other cities are changing their flag policies in light of the Supreme Court’s decision. He said he tries to be proactive on Lancaster’s behalf to forestall problems before they happen.

In this instance, “I think we’re probably one of the first to move forward,” he said.