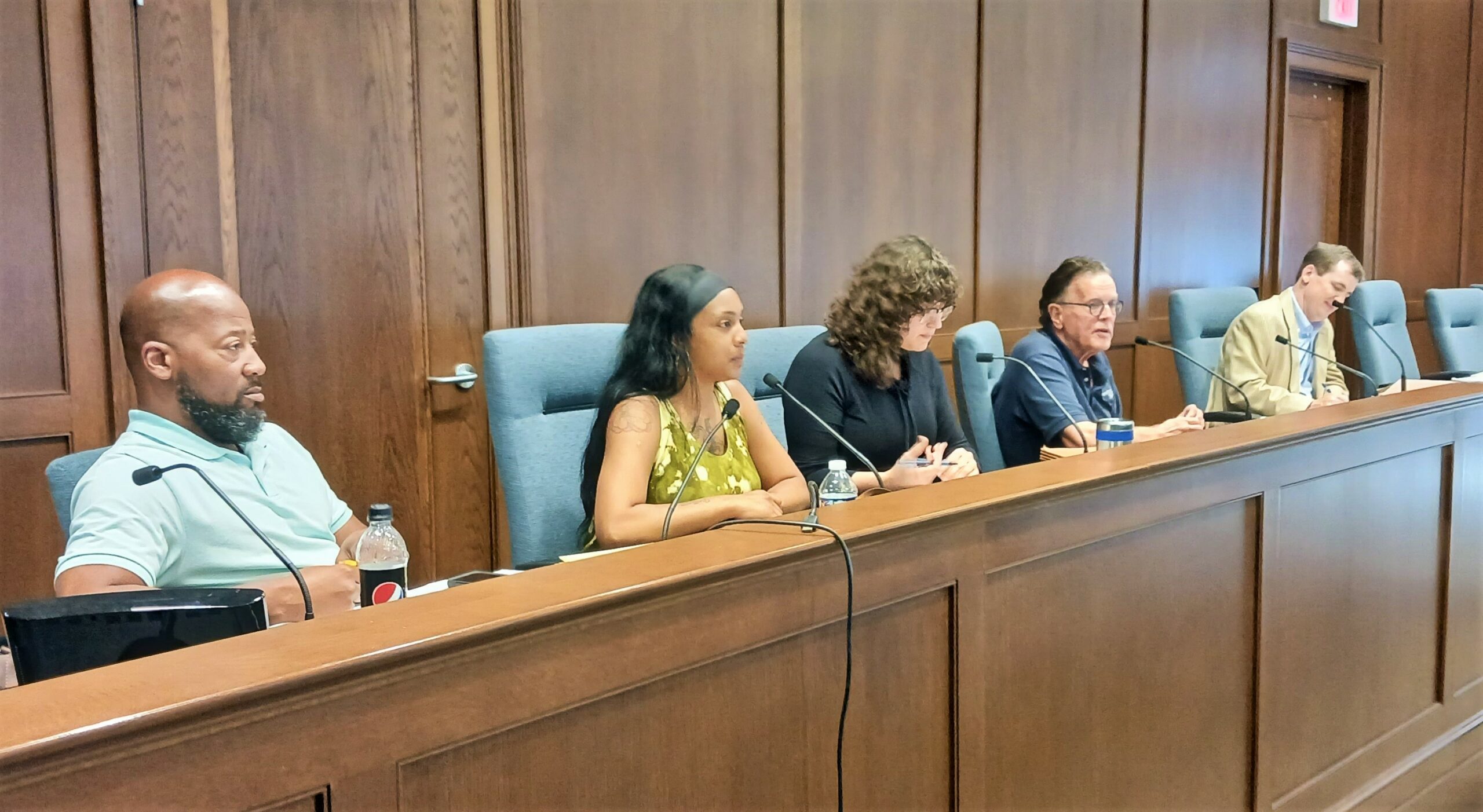 On May 10, Lancaster resident Colleen Sohl told City Council it felt “like the door is being slammed in our face.”

A few minutes later, City Council voted to ban Airbnb-style short-term rentals, or STRs, in residential zones — thwarting the plans Sohl and her parents had for 325 N. Pine St., next door to Sohl’s residence, which they had been working on and investing in for nearly a year.

So, this week Sohl went before the city Zoning Hearing Board to seek a “grandfather” variance, allowing 325 N. Pine St. to operate as an STR after all.

The board granted Sohl’s request, but not before a lengthy discussion of the issue and whether the decision might set a precedent the board would come to regret.

The facts of the case

In June 2021, Sohl’s parents had bought the five-bedroom house at 325 N. Pine St. The two families have since spent around $50,000 fixing it up. The idea was that Sohl’s parents, who live out of town, could use it when they came to visit. It could be rented online the rest of the time to bring in extra income.

At the time, STRs were broadly permitted, so all the family needed was a variance allowing them to use an off-site garage to meet their parking requirement. The ordinance that Council passed May 10, however, limits STRs to commercial and mixed-use districts.

The ban applies to rentals of a whole house. Homeowners who live on the premises may still rent out a room or two; those are considered “homestays,” not STRs, in the city’s terminology.

In the runup to the ordinance’s passage, the city used an online data service to identify more than 160 unlicensed STRs that were operating under the radar. They were given a grace period to be grandfathered in; 63 applied and two dozen were approved, Zoning Officer Jameel Thrash said.

Sohl and her parents weren’t among them. Sohl said she was trying to play by the rules, obtaining the necessary approvals before opening for business.

Chief Planner Douglas Smith said the city will soon start sending notices of violation to unlicensed STRs that continue operating. Many of them could end up before the Zoning Hearing Board requesting the same variance as Sohl.

While the ordinance change is an “unfortunate circumstance” for Sohl and her family, the city administration believes her application should be denied, he said.

Sohl pointed out that the other STRs were operating illegally, and she wasn’t: “To me, that’s a little bit of a difference.”

It would be a hardship for her to change course, she said, because the renovations were costly and were tailored specifically to the STR market.

The city’s crackdown on STRs, she noted, was motivated in part by concerns about neighborhood character: Neighborhoods suffer when absentee investors convert properties en masse, and when lack of on-site management leads to trash and noise issues.

“I live right there,” Sohl said. Her neighbors support her, she said, and are looking forward to the house being available for their own friends’ and relatives’ visits. One neighbor present at the meeting agreed he’s comfortable with Sohl’s plans.

Board members expressed a number of concerns: Would granting Sohl’s application be inconsistent with denying others down the road; what effect would it have on the supply of affordable housing; and since the variance would remain valid indefinitely, would conditions imposed with it be enforceable down the road? Eventually, they recessed to discuss the application in private.

When they returned, they approved the variance by a 2-1 vote. They made it clear it was a one-off approval, based on Sohl’s specific circumstances, and contingent on an additional offsite parking space being provided in perpetuity.

Architect Joel Sims told the board he’d be appearing before them in July with a similar case. He and Sohl, he said, are among a handful of people who deserve to be accommodated because they started STR projects well before the rules changed.

But not to worry, he assured the board: “There will not be an endless stream.”