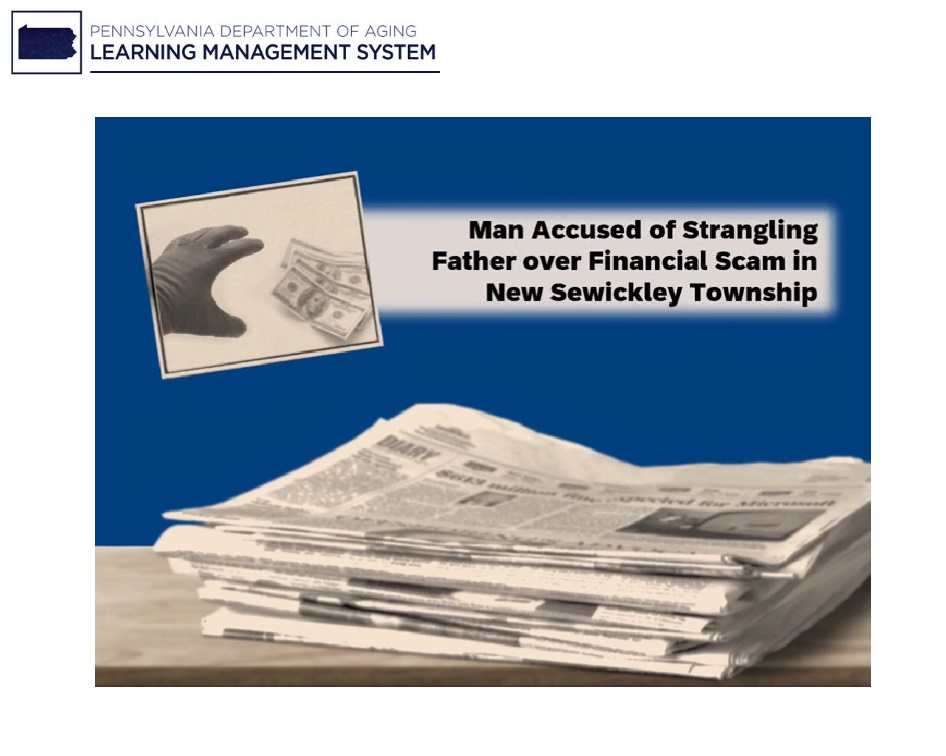 Pennsylvania’s Department of Aging has launched an online training module to help family members and caregivers prevent the abuse, neglect and financial exploitation of senior citizens.

The module covers the four major types of abuse. It is designed for human services workers and the general public and takes about 20 minutes to complete.

Along with the module, the department has posted a new web page on financial exploitation of older adults and how to prevent it. Both resources were made available Wednesday, which is World Elder Abuse Awareness Day.

They represent the state’s first steps in implementing the recommendations of the state’s task force on the financial exploitation of older adults. The task force’s study substantiated 1,488 cases of exploitation that robbed older Pennsylvanians of an estimated $58 million. It found that victimization is widespread, and often perpetrated by seniors’ children or grandchildren

The department is developing additional resources to help the community protect its older members, Secretary of Aging Robert Torres said.