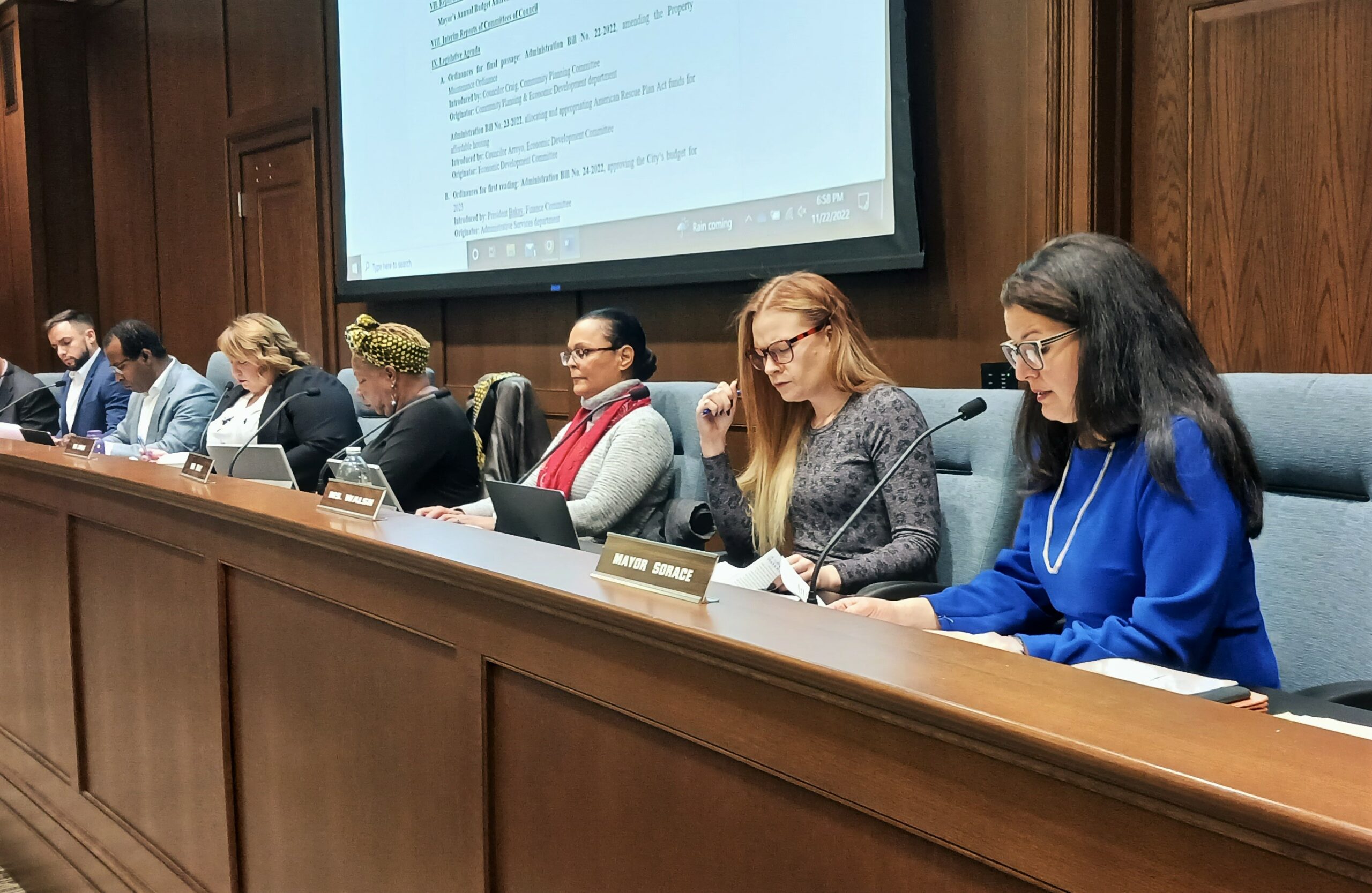 “It’s not OK to keep increasing everything,” Darlene Byrd told City Council at its committee meeting this week.

Council members were reviewing the city’s proposed 2023 budget (overview | full budget), which is scheduled for adoption later this month. It calls for an increase of 0.94 mills, or 8%, in the city’s property tax, raising it to 12.64 mills. It also calls for increases in the city’s water and sewer rates, trash hauling fees and the fee that funds the city’s stormwater infrastructure.

Lancaster City Council will hold a hearing on the city’s 2023 budget beginning at 10 a.m. Saturday.

All meetings take place in council chambers at City Hall, 120 N. Duke St. and are livestreamed on the city’s YouTube channel.

At Monday’s meeting, she peppered Patrick Hopkins, city business administrator, with numerous questions about the rationale for the tax and fee increases; whether there are opportunities to cut costs; what effect new development is having on Lancaster’s tax base; and why, when the city can use American Rescue Plan Act funds to balance its budget, it’s requiring its residents to pay more.

With inflation running high, low-income households and people on fixed incomes are already struggling to make ends meet, she said.

Mayor Danene Sorace acknowledged that concern when she introduced the budget on Nov. 22. The fundamental problem, she and Hopkins said Monday, is the one she emphasized in her budget address: Pennsylvania’s antiquated municipal tax framework saddles Lancaster and cites statewide with rising expenses but stagnant revenue streams; or, in other words, chronic structural deficits.

Despite its success with revitalization and redevelopment over the past couple of decades, Lancaster’s tax base has not increased significantly. Since 2018, total taxable value has increased just 1.1%.

The eye-popping price increases seen in the post-pandemic residential real estate market don’t affect property taxes, Hopkins said. The latter are based on assessed value, which only changes when the county conducts its periodic reassessments. (By law, reassessment must be revenue-neutral: Depending on their appraisals, some households may pay more than before, or less, but municipalities and school districts take in the same total amount.)

To be sure, new developments such as Landis Place on King and Mosaic at Willow Valley will bolster the tax base. But even a large project can only move the needle so much, Hopkins said: With $2.685 billion in assessed value, a $20 million addition raises the total by less than 1%.

Nor can the city forecast tax base growth with enough accuracy for it to be worthwhile, Hopkins and Sorace said. There’s always uncertainty about whether projects will move forward and when they will come online. Moreover, while the county tends to assess properties at around 50% of their construction cost, actual valuations can’t be predicted with any certainty.

The city’s tax base also is eroded unpredictably when property owners file successful assessment appeals, though those have become less frequent amid the sharp runup in market values.

Lancaster received $39.5 million from ARPA. Just under half, $19.65 million, will go to fill budget holes through 2024, according to the city’s figures.

Hopkins said ARPA is giving the city breathing room and allowing it to raise taxes less than would be the case otherwise. ARPA allowed the city to avoid tax increases in 2021 and 2022; without it, the budget picture “looked a whole lot worse, a whole lot faster,” he told Byrd.

Technically, under the U.S. Treaury’s revenue replacement rules, all $39.5 million could have been used in the general fund, Hopkins told One United Lancaster. The city consciously chose not to go that route, he said, recognizing the need to reserve a significant share of ARPA for long-term community investments.

To date, those investments include a $10 million allocation for affordable housing. At least another $5 million will go toward projects related to community facilities, an initiative for which the city kicked off its application process last week.

Other possibilities include childcare investments or small business marketing and promotion, Sorace said Monday. However, those ideas are preliminary, and no decisions have been made. Any such allocations would be made in conjunction with other funding sources, she said.

One outstanding question is whether the city will refinance the land purchase it made with ARPA dollars for expansion of its Oyster Point water plant. If it does, that would return up to $5.9 million to the ARPA pool for reallocation.

After 2024, Lancaster will no longer be able to put ARPA toward closing its budget deficit. At that point, the city will face hard choices, Hopkins said.

“I would say … if there’s no change in the way the state allows us to raise money, that property tax increases are likely, if we’re going to maintain the level of services that we currently have,” he said.

As City Council President and finance committee chair Amanda Bakay noted Monday, ARPA revenue replacement goes only toward the general fund, not toward utilities, trash or stormwater. Those funds have to be supported through their own revenue streams.

The city’s water, sewer and stormwater costs are driven by Lancaster’s need to modernize its aging infrastructure and comply with the terms of its consent decree with the U.S. Environmental Protection Agency, which commits it to eliminating contaminated runoff into the Conestoga River.

The stormwater fee is proportional to the runoff that properties generate, and installing a rain barrel doesn’t really alter that calculation, Hopkins said. Rain barrels are typically around 55 gallons, whereas a 1,000 square foot city roof sheds more than 24,000 gallons of precipitation a year.

The trash fee increases are needed to cover increases in fees paid to the city’s trash hauler and Lancaster County Solid Waste Management Authority, Hopkins said. Those increases, in turn, are being driven by inflation and salary costs and, in LCSWMA’s case, the need to make facility upgrades to comply with tighter air pollution limits.