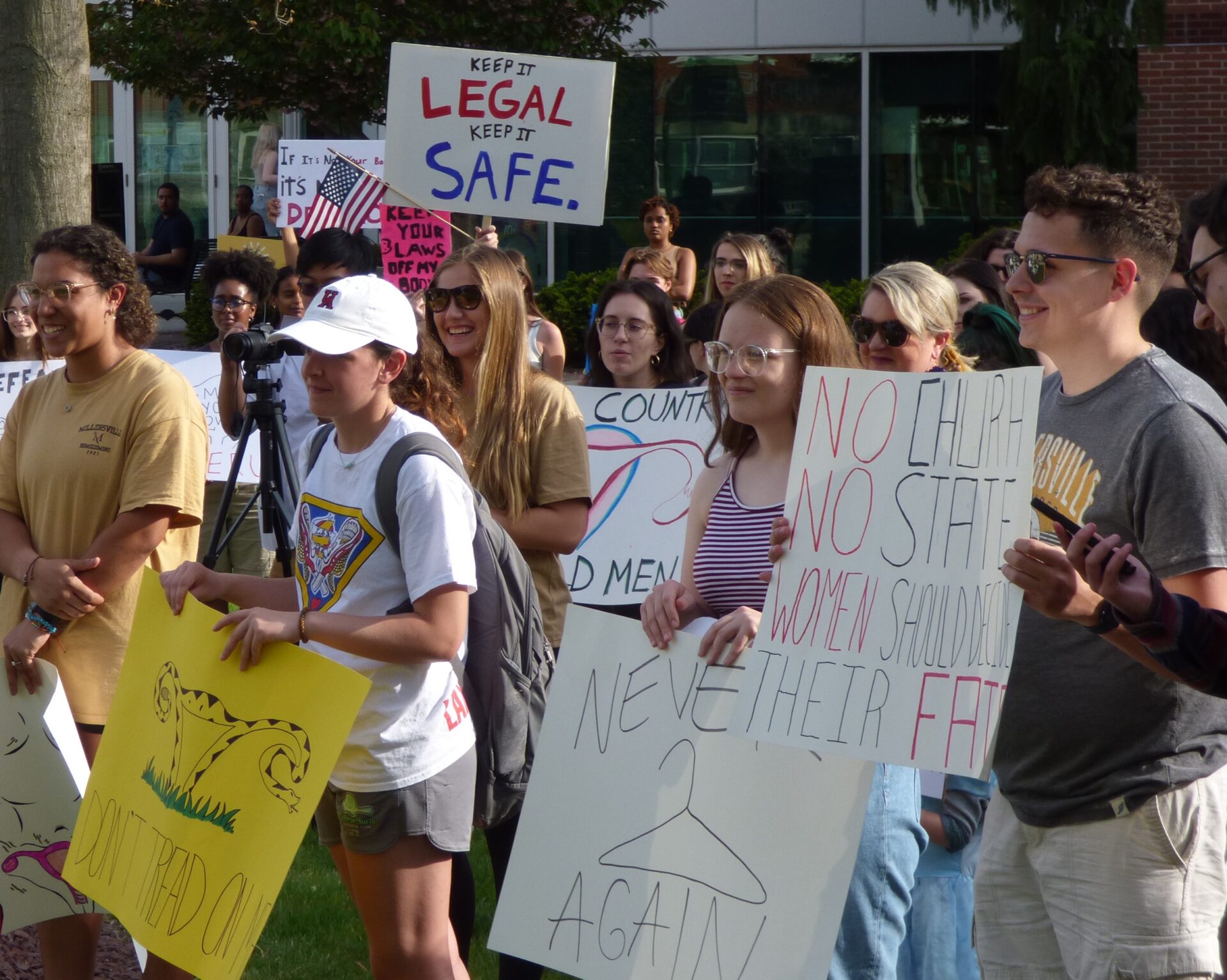 Around 100 Millersville University students and community members rallied Thursday in support of reproductive rights and against what appears to be the imminent overturn of Roe v. Wade.

"Undoing Roe v. Wade is not meant to save lives. It's meant to control women," said Ellie Rohrback, a senior majoring in sociology and minoring in women's gender and sexuality studies.

The campus rally was one of many across the country sparked by the leak on Monday of a draft opinion by U.S. Supreme Court Justice Samuel Alito. It indicates a majority of the justices have voted to reverse the 1970s ruling that established a constitutional right to an abortion.

Conservatives and right-to-life groups condemned the leak while welcoming an outcome they've worked decades to achieve. Progressive and women's rights groups, meanwhile, have been galvanized.

Millersville College Democrats President Andrew Greer and fellow member Hannah Henrichton organized the protest, held on the lawn outside McNairy Library, with help from some friends. They put it together in less than 24 hours after being inspired by Wednesday's rally at the Lancaster Courthouse, Henrichton said.

The robust turnout despite short notice "really speaks to how incredibly important this issue is to so many people, so many women," Greer said. 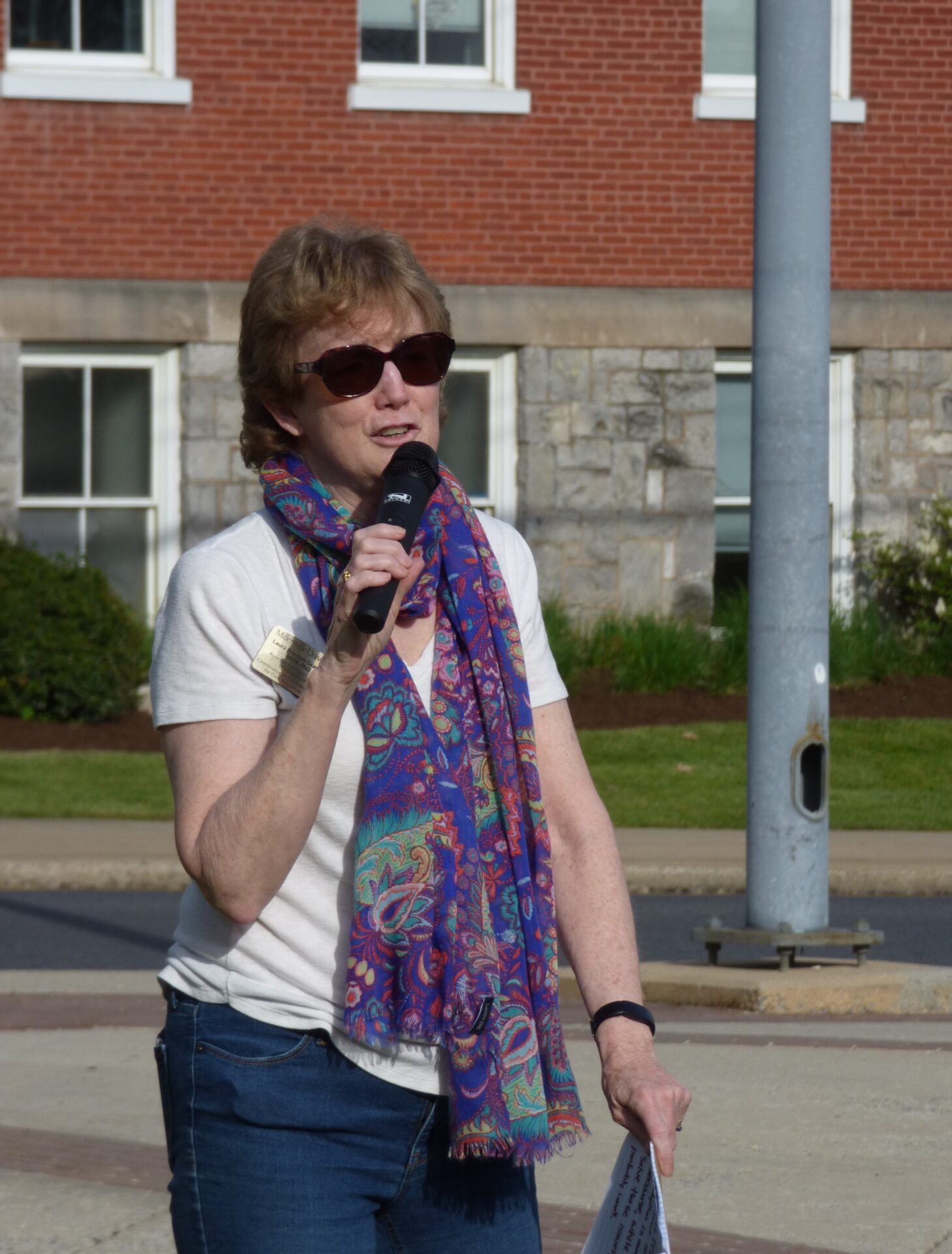 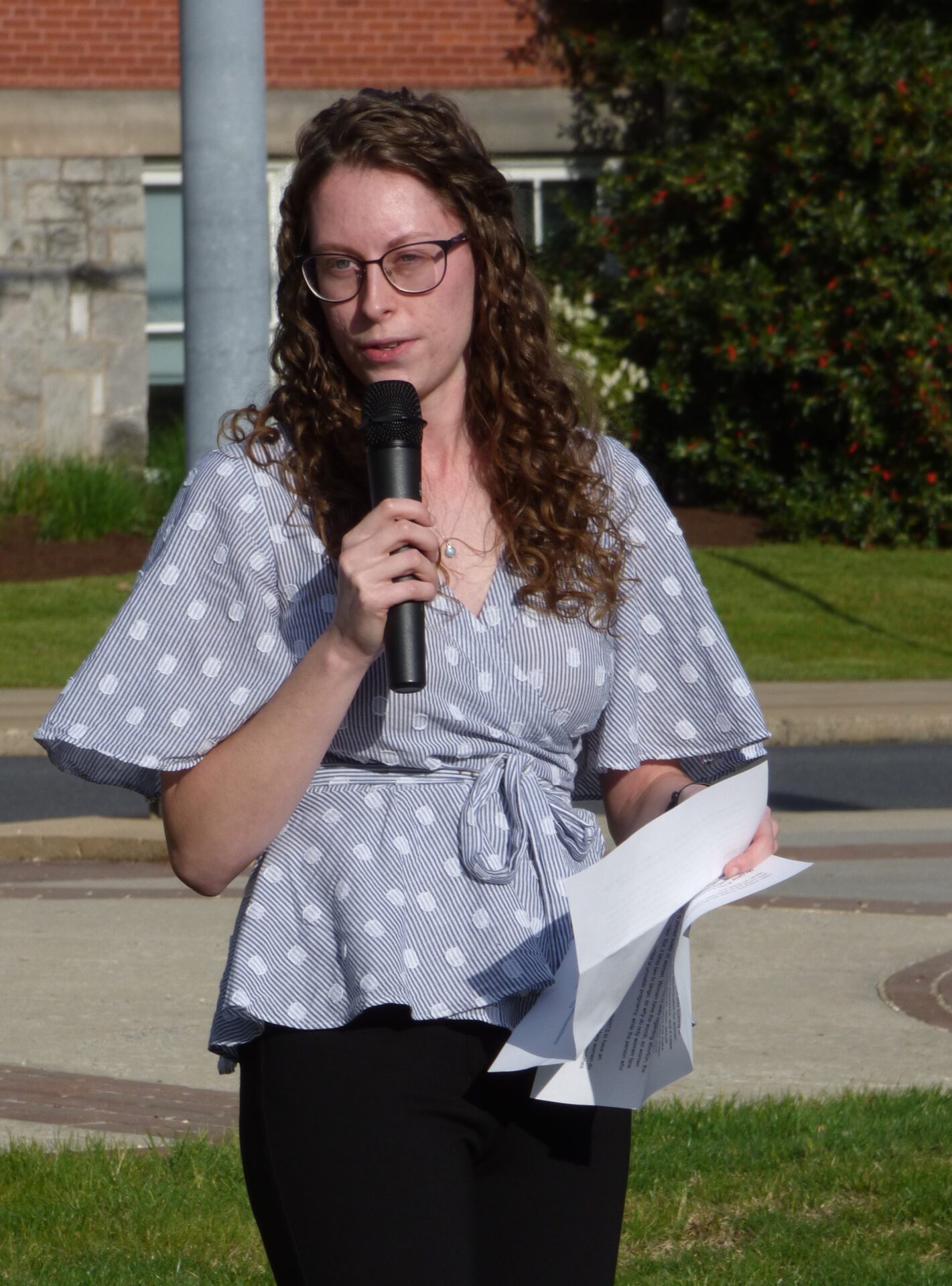 Millersville Professor Laura Brierton Granruth told them, "I am in awe of what you are doing."

Don't be taken in by "false flag" arguments, Granruth said: Even if every unwanted child could be provided for through foster care or adoption, that still wouldn't justify abrogating a woman's control over her body. She urged the audience to vote, saying: "If (voting) wasn't so powerful, they wouldn't be working so hard to take it from you."

Also speaking Thursday were two Democratic state House candidates, Mark Temons, who is running unopposed in the May 17 primary; and Ismail Smith-Wade-El, who is facing his City Council colleague Janet Diaz.

"These are the kinds of times that birth mass movements," Smith-Wade-El said, citing the example of Argentina, which liberalized its abortion law in response to a grass-roots feminist upswell. Millions of American women, he said, are already living in a post-Roe world.

Said Temons: "We need all hands on deck."

Granruth teaches social work and is the director of the Walker Center for Civic Responsibility, Millersville University. She said she's encouraged to see student activism making a comeback after being dormant for years.

"It kind of fell out of favor," she said, but now, "they see it as something they can do and should do." 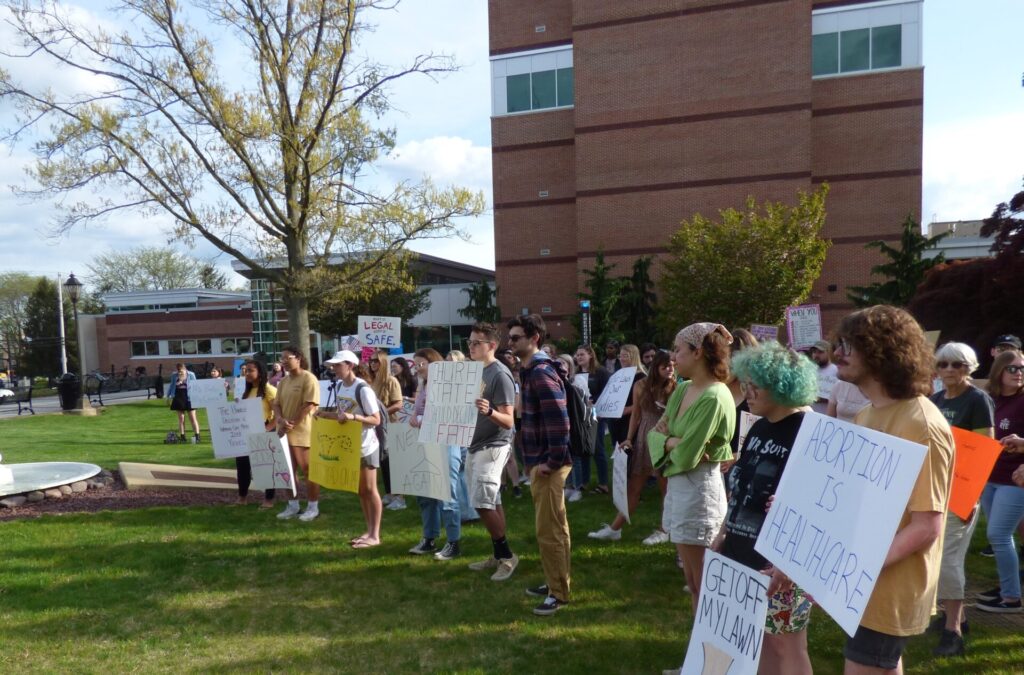 A view of the rally. 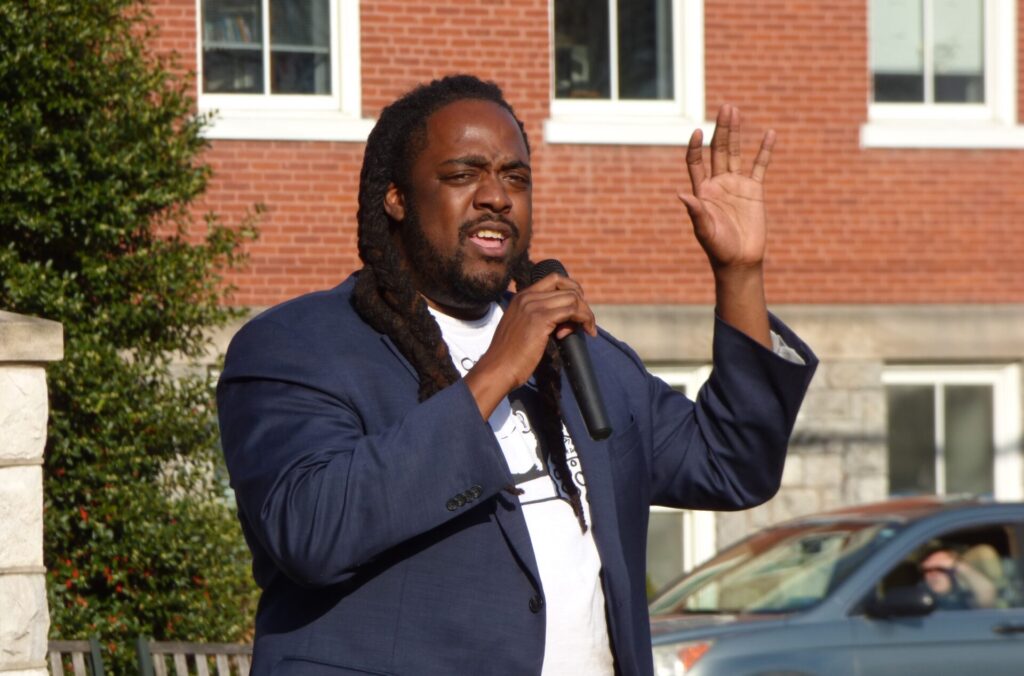 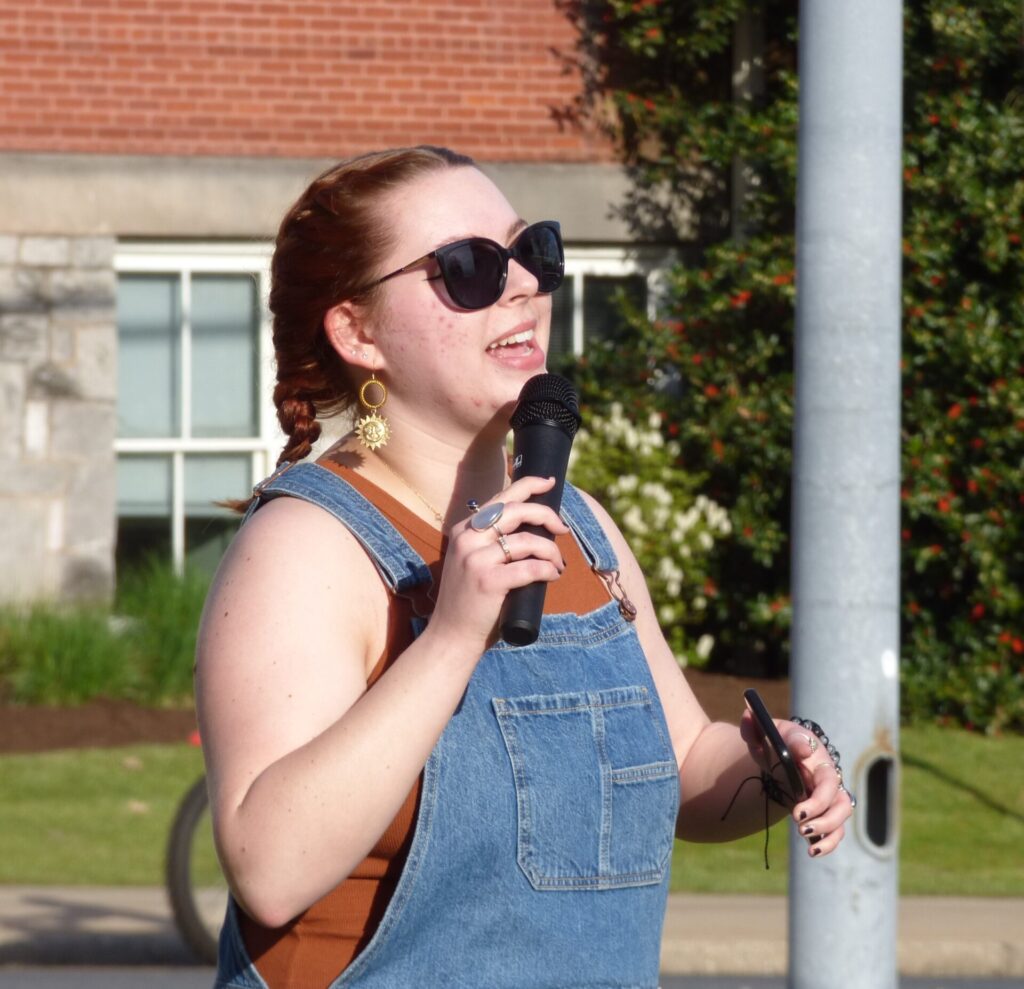 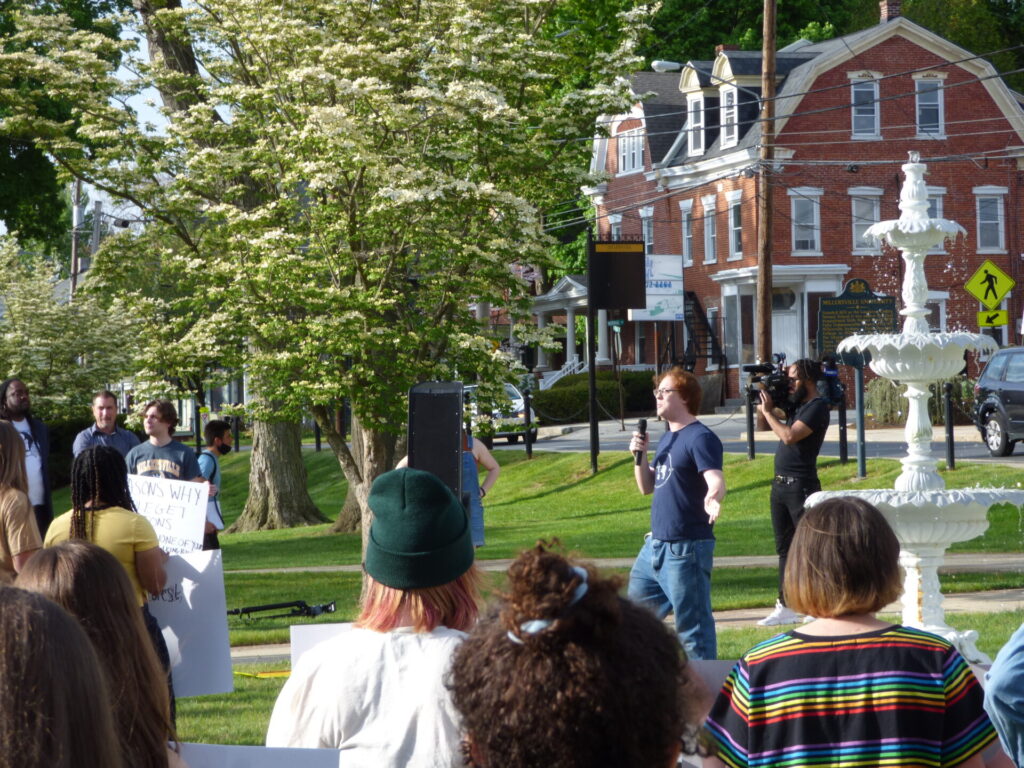 Andrew Geer, president of the Millersville College Democrats, speaks at the rally.