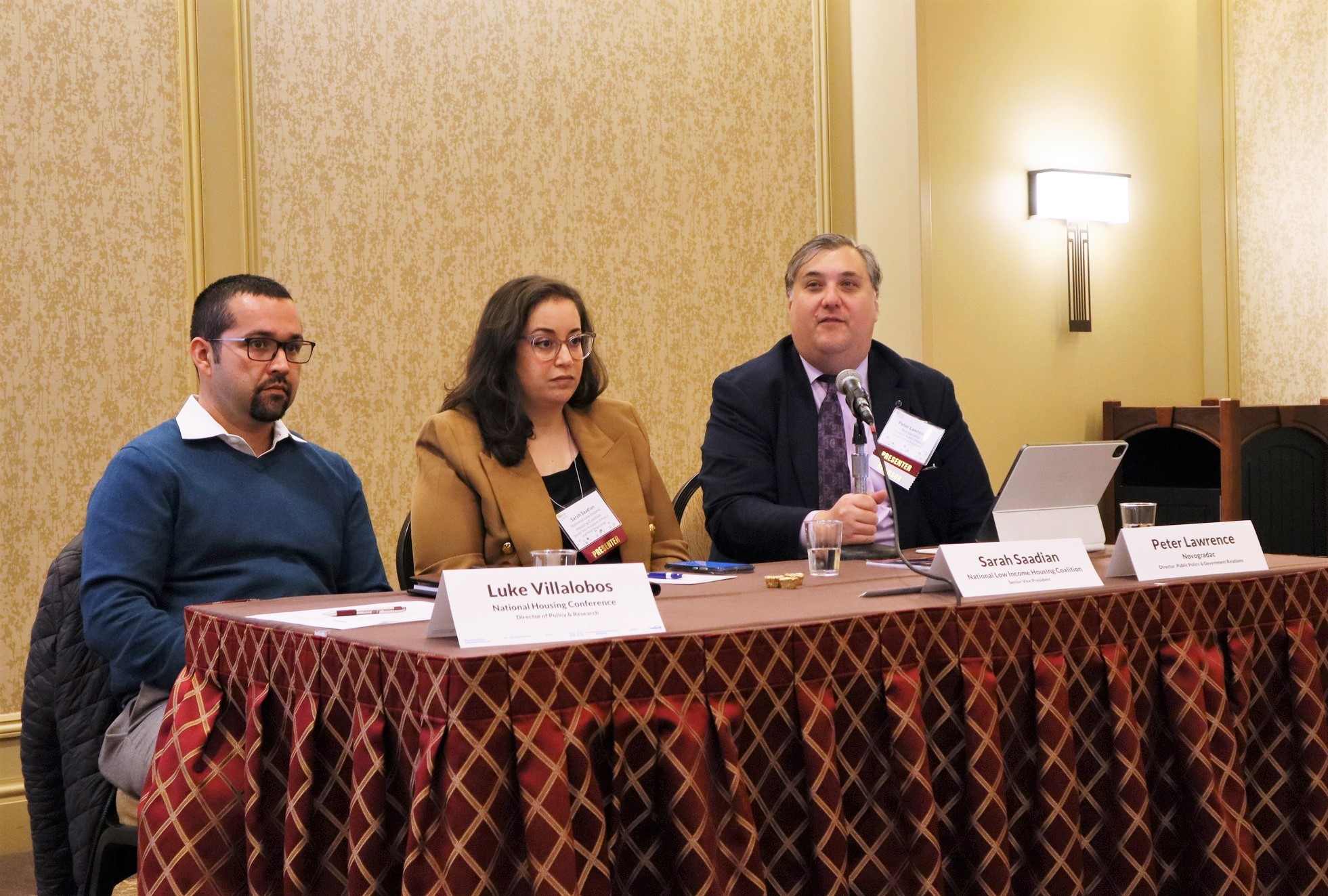 With Republicans narrowly controlling the House and Democrats the Senate, it’s unlikely either side will be able to advance sweeping legislation on housing, a panel of advocates told their audience at the Housing Alliance of Pennsylvania’s Homes Within Reach conference.

But that’s not to say the next two years will be quiet. Hardline conservatives in the Republican House caucus will have “enormous leverage,” and they’re passionate about reining in spending, said Sarah Saadian, senior vice president of the National Low Income Housing Coalition.

The Housing First model, as its name implies, calls for supplying permanent housing up front to provide a stable framework for services such as mental health and substance abuse treatment. Advocates say it’s an evidence-based, cost-effective approach to reducing homelessness; skeptics say its benefits are oversold.

The bottom line is that politicians are going to want to see results, said Luke Villalobos, director of policy & research for the National Housing Conference. The question, he said, is going to be: “How do we justify more spending?”

The past two years have seen unprecedented federal spending on housing due to the coronavirus pandemic, including the Emergency Rental Assistance Program, or ERAP. Housing advocates would like to see more federal affordable housing funding and the creation of a permanent rental assistance framework.

Peter Lawrence, director of public policy and government relations for Novogradac, advised keeping an eye on the regulatory environment.

Agencies issue copious amounts of guidance to flesh out legislation, specifiying details that affect how funds can be used, the ease or difficulty of compliance and reporting requirements, and whether federal incentives for attract private investment in affordable housing and revitalization projects work as intended. With major legislation off the table, that’s where the action is likely to be, he said.

The incoming Republican majority in the U.S. House will mean new rosters on the various committees that oversee housing policy, Saadin said. Overall, it’s a mixed bag, but she highlighted one significant change: Sen. Pat Toomey, R-Pa., opposed increasing the federal government’s involvement in housing as ranking member of the Banking and Finance Committee, and blocked multiple Biden administration nominees to the U.S. Department of Housing & Urban Development, but now that he is retiring, his role is likely to fall to Sen. Tim Scott, R-S.C., who is more moderate and has co-sponsored housing legislation.

The immediate question for Congress is a spending plan for 2023. Legislators are poised to pass a one-week “continuing resolution” to avert an imminent government shutdown, and negotiators said Tuesday that they have a framework for a one-year funding deal for 2022-23, but House Republican Leader Kevin McCarthy is opposing Senate Republican Leader Mitch McConnell’s plans to move ahead with it.