Retired Army Major Tim Ryan speaks about his experiences in the Battle of Mogadishu during a Veterans Day ceremony at the Lancaster County Government Center on Friday, Nov. 11, 2022. (Photo: Tim Stuhldreher) 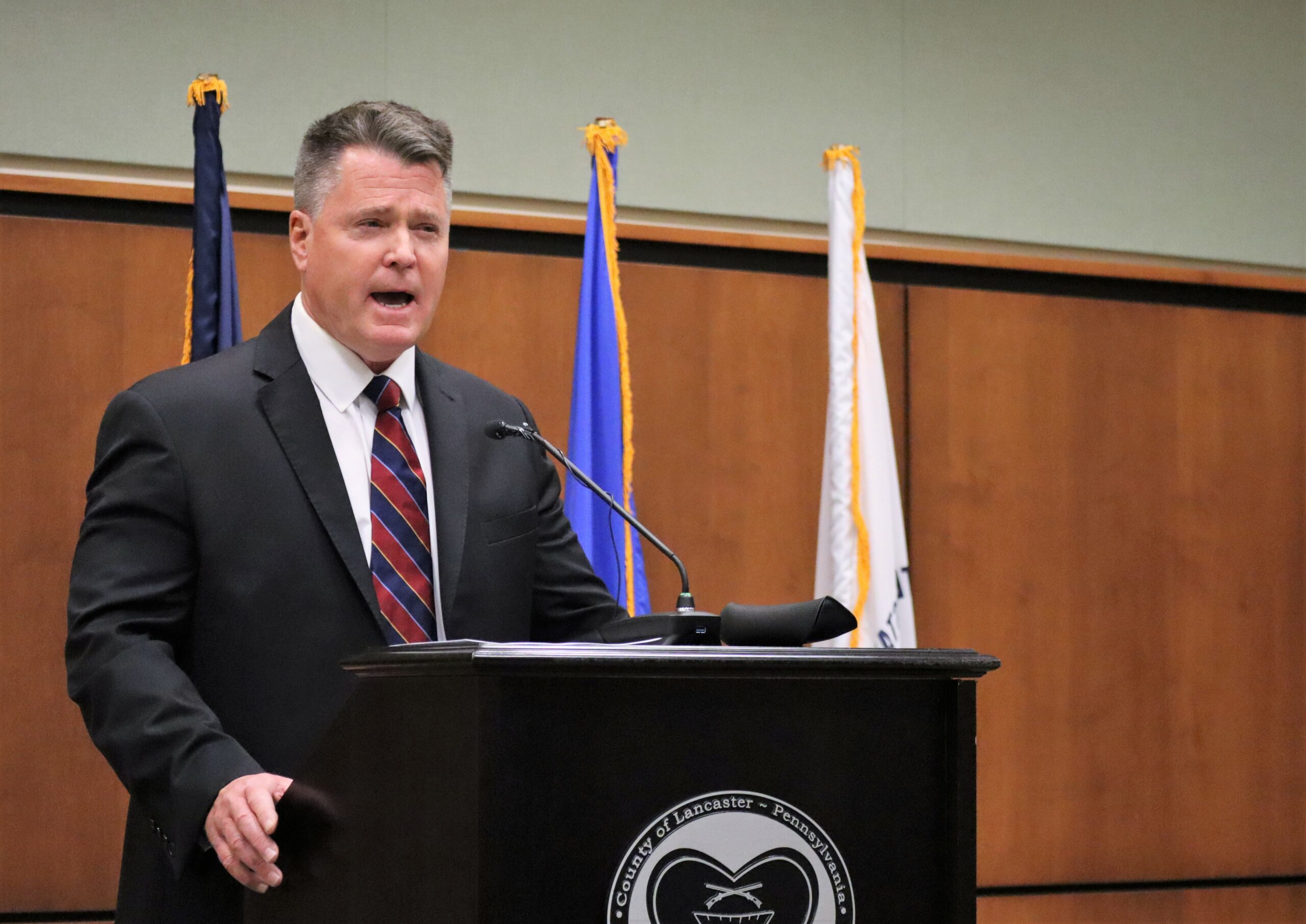 Lancaster County’s leaders honored America’s military veterans on Friday, and called on the community to do its part for veterans who struggle with mental health or addiction issues.

If you are such a veteran yourself, don’t hesitate to seek out the services you need, Commissioner Ray D’Agostino said: “You are not alone. There is help.”

The three commissioners all are veterans themselves; the county is home to about 30,000 veterans in total.

Featured speaker Timothy Ryan, a former U.S. Army Major, served in Somalia and was part of the team sent in to rescue their fellow soldiers in the Battle of Mogadishu in October 1993, as depicted in the book and movie “Black Hawk Down.” His actions earned him two Bronze Stars.

The men in his platoon came from all walks of life and epitomized America’s diversity, he said. Together, they fought hard and did their duty.

“We accomplished one of the greatest rescue missions in the history of the United States,” he said. “… We honored the Soldier’s Creed, to leave no one behind.”

The creed applies whether a soldier is on the battlefield or has returned home, he said.

While many veterans reintegrate smoothly into civilian life, a significant number struggle with the psychological aftereffects of combat. About 11% of homeless individuals are veterans, and veterans are at higher risk than the general population for substance abuse disorders and suicide.

Ryan recently attended a reunion of his Battle of Mogadishu comrades, and learned to his sorrow that his First Sergeant, Gary Doody, a man he deeply admired, had recently taken his own life. Ryan said he feels he let his comrade down, and that falling out of touch with him is one of the greatest regrets of his life.

He urged support for Operation Green Light, a nationwide initiative to draw attention to the struggles of veterans and to ensure they receive the benefits due to them. As part of the initiative, Lancaster County is lighting its courthouse clock with green light through Nov. 13.

“The veteran has always been there for you,” Ryan said. “This is our opportunity to be there for them.”