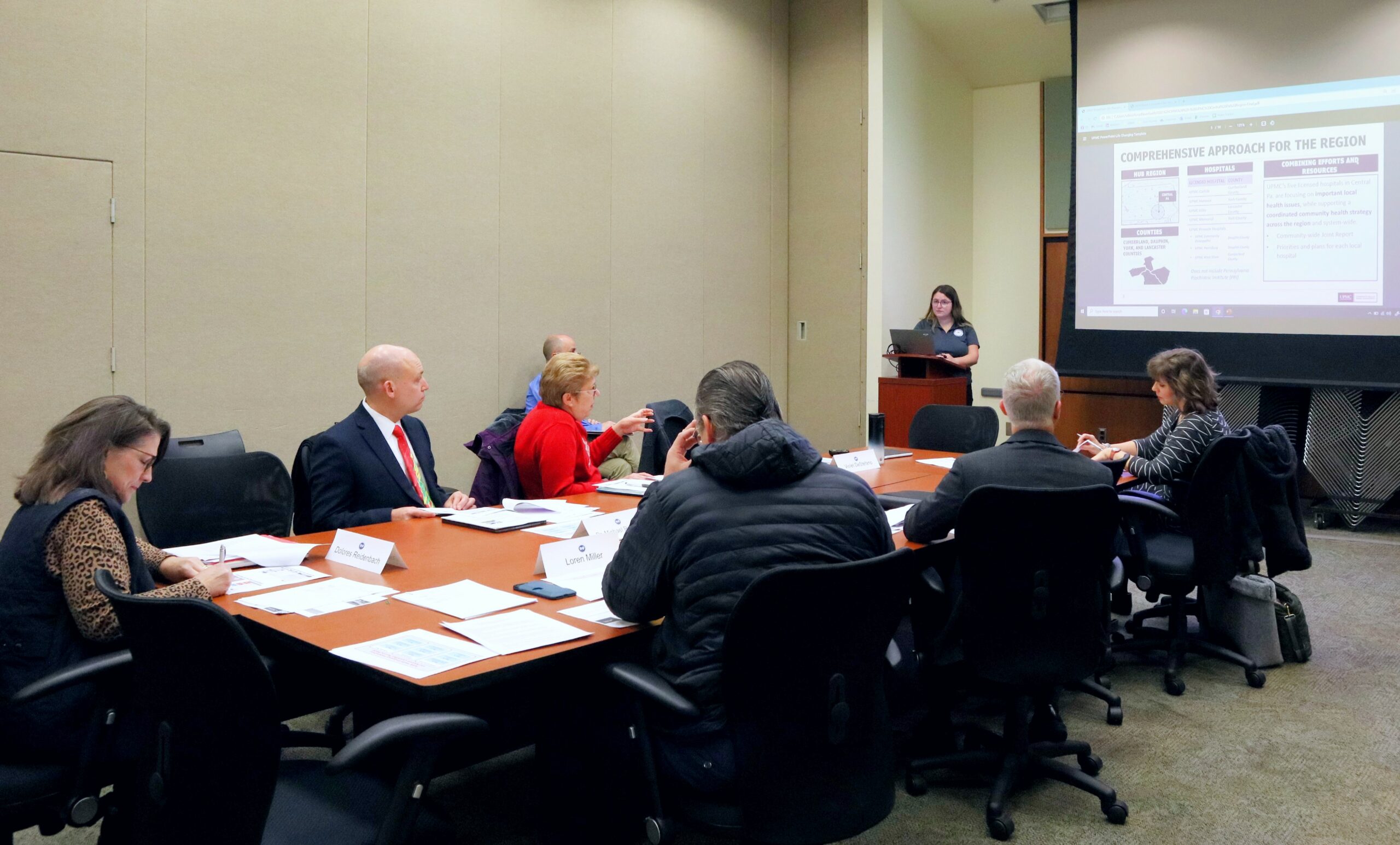 And especially mental health, an ongoing concern that has been exacerbated by the coronavirus pandemic.

While the details and terminology differ somewhat, those three issues top the list of priorities in a pair of community health needs assessments recently completed by UPMC and Penn Medicine Lancaster General Health, two of the four health systems that serve Lancaster County.

On Friday, Lancaster County’s Health Advisory Council reviewed the reports and their implications. Much of the discussion dealt with mental health.

Reported levels of stress, anxiety and depression increased worldwide during the pandemic, especially among young people. Locally, suicides and drug overdoses are up, LG Health found, and more than a third of adolescents reported “feeling sad or depressed most days in the last year.” More than seven out of 10 respondents to the health system’s survey rated mental health as the county’s No. 1 health issue, LG Health’s Chief Physician Executive Dr. Michael Ripchinski said.

Loren Miller, Elizabeth Township’s administrator, called the mental health findings “eye-opening,” but that one can see the evidence all around: Increased 911 calls for mental health crises and overdoses, tempers fraying at public meetings.

Providers can conduct mental health screenings, make referrals, and provide medication, but the stressors in a patient’s life “have far more to do with the fabric of our society,” Dr. Susanne Scott said.

The same is true for other issues, she and her fellow council members said. Access to fresh food promotes healthy eating; neighborhoods with sidewalks, bicycle paths and parks encourage active lifestyles.

To be sure, while the assessments identified problems, Lancaster County’s health statistics are enviable in many respects. It ranks in the top quarter among Pennsylvania counties in health outcomes, and life expectancy here is 2 years longer than for the state overall, Ripchinski said.

UPMC and LG Health use periodic needs assessments as a basis to plan their community health strategies. LG Health’s initiatives include a “Food Farmacy” program to promote access to healthy food for individuals with food insecurity, and its Lead Free Families lead hazard remediation program. UPMC’s include partnering with Patients R Waiting and its Diversifying Doulas program and expanding access to telepsychiatry.

UPMC is working to add a social services assessment and referral component to its electronic health record system. Both LG Health and UPMC are working to improve access to behavioral health and addiction treatment services.

“It’s all of us working together, collaborating on these issues,” Commissioner Ray D’Agostino said. He told the council the information in the assessments should be disseminated to spur “a broader conversation” around determinants of health with community stakeholders such as municipalities, companies and nonprofits.

Lancaster Township resident Rich Myers expressed his concerns to the committee about the health effects of microwave radiation from cell towers, smart meters and other wireless devices. He was joined by two individuals, Donna Virbinchak and Aaron Mullin, who said they have suffered debilitating health effects from proximity to the devices.

Established last fall, the council is intended to provide data and analysis pertaining to county health issues and advise the county commissioners. It met five times this year; its next meeting is planned for Friday, Jan. 6, at the county’s Public Safety Training Center.