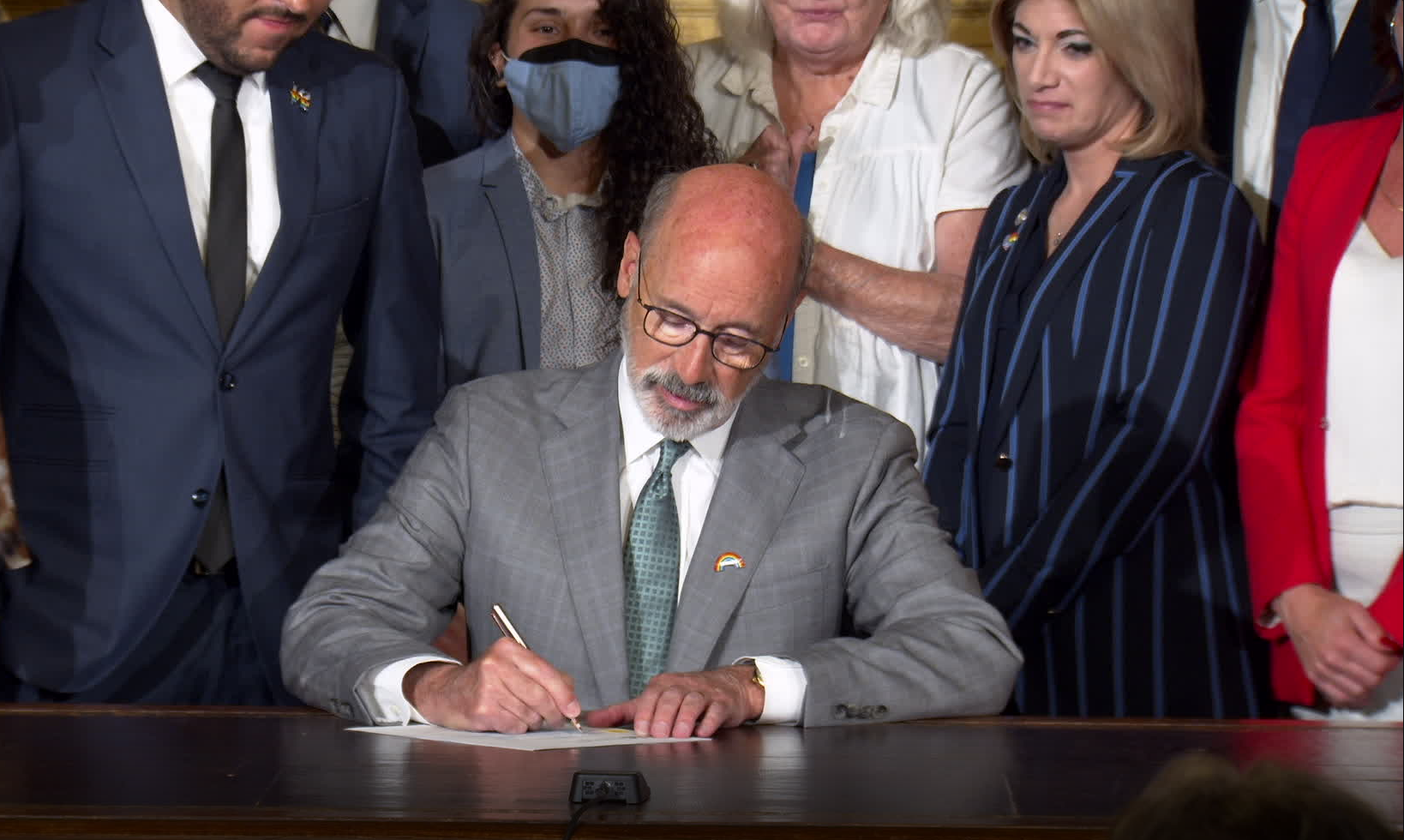 Saying it is based on “junk science,” Gov. Tom Wolf on Tuesday signed an executive order intended to discourage the practice of conversion therapy in Pennsylvania.

It directs state agencies to “actively promote evidence-based best practices for LGBTQIA+ individuals” and to take steps to ensure that state resources do not fund programs that aim to change an individual’s sexual orientation.

“Conversion therapy is causing horrific consequences for the mental health and well-being of a generation of young LGBTQIA+ individuals,” said Gov. Wolf.

The governor cited a study by the Trevor Project estimating that 13% of LGBTQ+ young people in the U.S. have been subjected to conversion therapy, 83% of them under age 18.

The Trevor Project study estimates that $650 million a year is spent on conversion therapy and that its negative impacts impose costs on society of more than $8.5 billion.

“With this action, the practice of conversion therapy has its days numbered in Pennsylvania​,” said Rafael Alvarez Febo, executive director of the state Commission on LGBTQ Affairs.

“Young people should never be punished for being who they are and that’s what so-called conversion therapy does, while causing sometimes irreparable trauma to individuals,” he said.