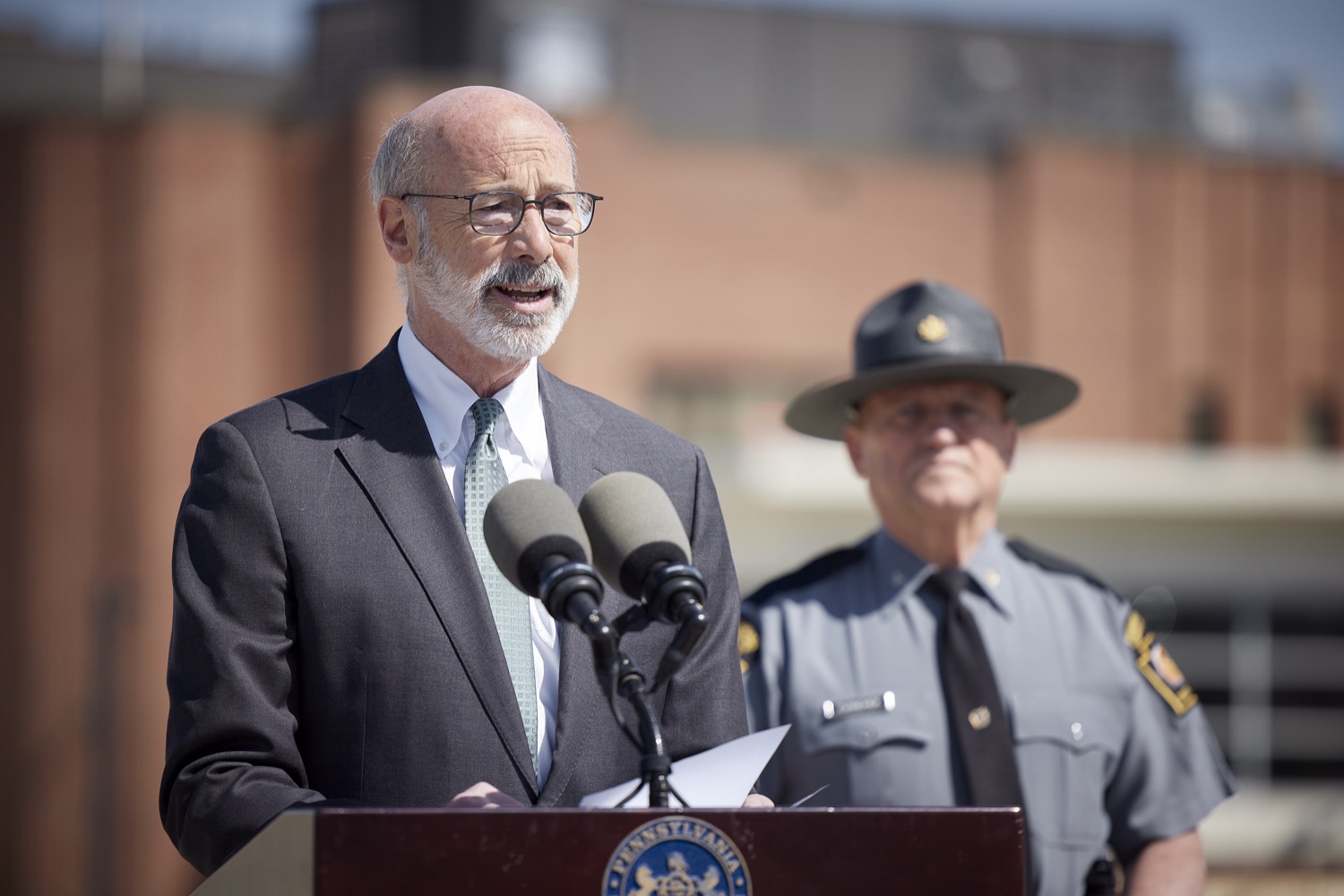 Pennsylvania is ready to follow the federal government's lead and crack down on so-called "ghost guns" as soon as it is authorized to do so, Gov. Tom Wolf said Friday at a news conference outside the emergency department at WellSpan York Hospital.

Ghost guns, which are assembled from kits and lack a serial number, are difficult to trace and have become an increasing share of the weapons seized in criminal investigations. This month, the federal government announced new regulations requiring gun kits to have serial numbers and be sold only by licensed dealers who run background checks. The rules will take effect in late August.

"Unserialized guns are an untraceable threat to our society," Wolf said, "and Pennsylvania stands ready to immediately mirror this new federal regulation at the state level as soon as we can."

In response to questions, Wolf and State Police Commissioner Col. Robert Evanchick readily agreed the regulation itself isn't the answer to the complex problem of gun violence. Still, Evanchick called it "another tool that will help us."

Wolf said the state is working to address mental health and other factors cited as driving gun violence.

Nationwide, shooting deaths are up and are now the No. 1 cause of death for individuals under age 20. WellSpan York Hospital has treated more than 250 gunshot victims since 2018.

Tiffany "Tiff" Lowe is a "credible messenger" in York's Group Violence Intervention Program. She works both to prevent gun crime and with those injured in shootings, who often are perpetrators of violence themselves as well as victims.

Lowe said the goal is "more graduations and less funerals": "I know our kids want to live."