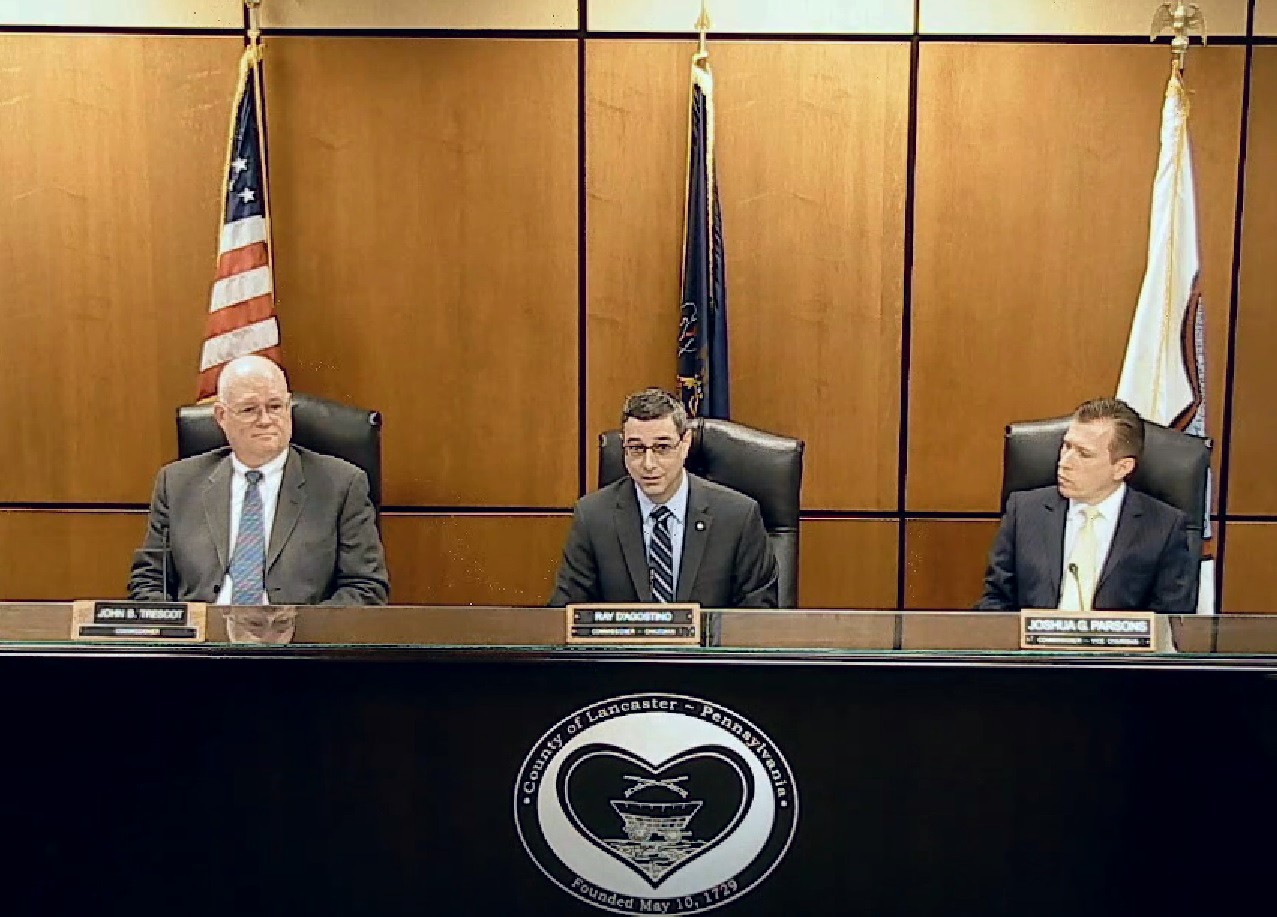 Lancaster County's newest commissioner called Wednesday for more effort to bring the public into the conversation on how to spend the balance of the county's $106 million windfall from the American Rescue Plan Act.

John Trescot said the county should host "at least a single meeting focused solely on the ARPA funds," outlining potential uses and the county administration's recommendations and soliciting feedback. It should be in the evening, he said, so working people can attend.

His colleagues, Ray D'Agostino and Josh Parsons, said they welcome community input on ARPA, but they pushed back vigorously against the notion that the public hasn't had sufficient opportunity to weigh in.

"We have something on the order of 150 public meetings a year," including evening meetings around the county, Parsons said. Plus, the commissioners are out and about in the community, he added.

D'Agostino said the commissioners haven't heard that many ideas on ARPA from the community. He urged people to step up and make suggestions, rather than just saying ARPA should be spent "in a certain way" or calling for opportunities for input.

The commissioners' comments came as they discussed a resolution appropriating $5.1 million in ARPA funds to offset lost revenue from the county's hotel taxes.

The resolution, approved unanimously, was a technical one, allowing the county to bring the sum forward into 2022 for expenditure, Budget Director Patrick Mulligan said. The funding supports the Discover Lancaster tourism bureau ($1 million) and the Lancaster County Convention Center ($4.1 million).

County and municipal governments throughout the U.S. received ARPA allocations in 2021 and have been given have four years to disburse the money. Lancaster County has appropriated several million so far, mostly for hiring and retention incentives.

Trescot was appointed to replace fellow Democrat Craig Lehman, who stepped down at the beginning of the year. Lehman had criticized his two Republican colleagues for not moving faster on ARPA and had called for creating a citizens' participation committee for public input.

The county has an internal ARPA work group, initially set up to handle CARES Act funding. D'Agostino said the group has been canvassing county departments for ARPA spending proposals. It is expected to bring feedback and suggestions to the commissioners by the end of March.

He said the group will look at setting up a process for public input: ARPA has complicated rules on what is and isn't eligible for funding, so it's important to have people appraise proposals who are familiar with the ARPA legislation.