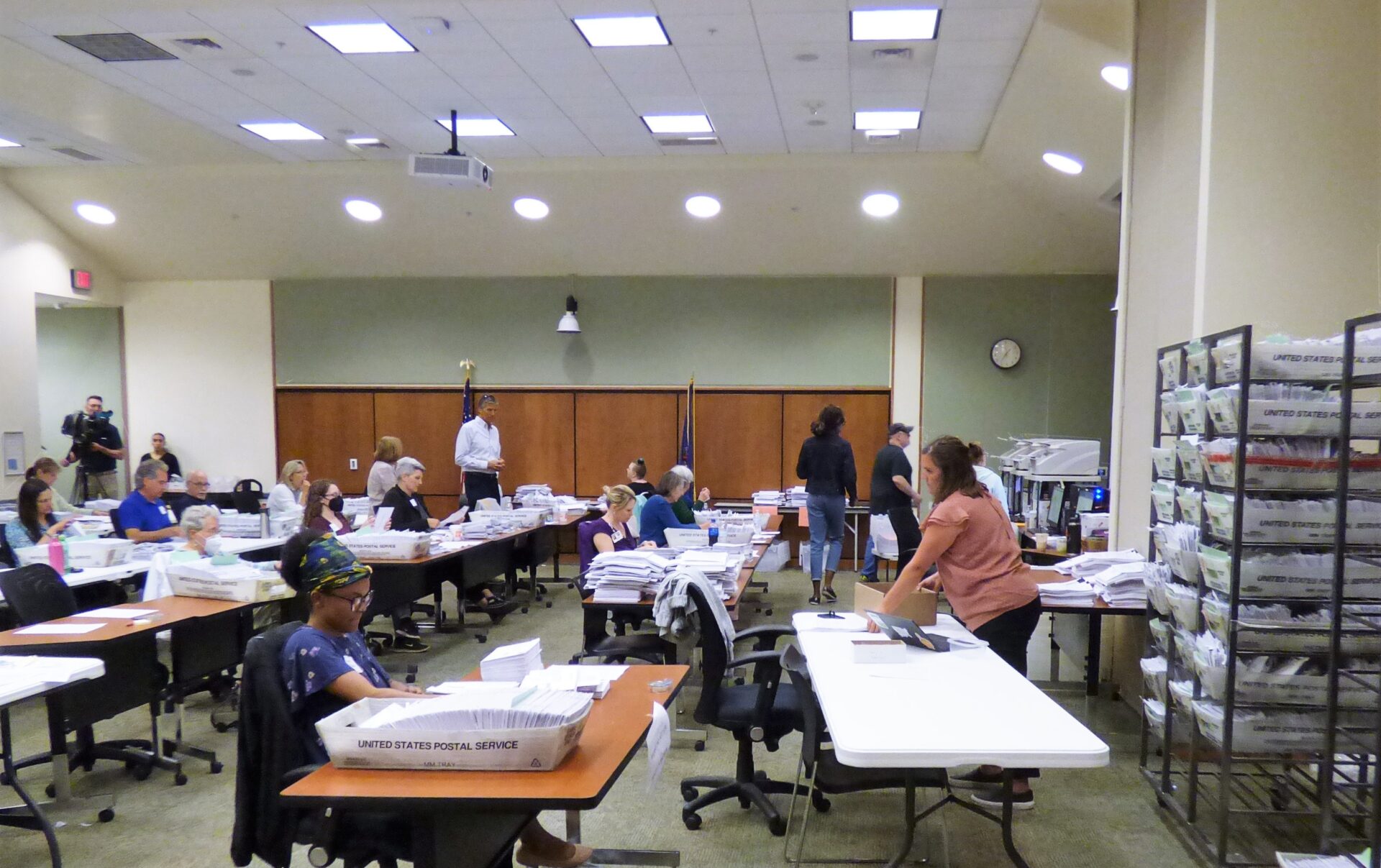 Lancaster County will segregate undated mail-in ballots in the Nov. 8 election and will not count them unless compelled by a ruling from “a court of competent jurisdiction,” county Commissioner Ray D’Agostino said Wednesday.

D’Agostino’s comment concluded a discussion of undated ballots at the morning’s Election Board meeting. The board consists of the three county commissioners.

Pennsylvania’s Act 77 stipulates that voters casting ballots by mail must put it in a “secrecy envelope,” put that envelope in an outer envelope and write the date on the latter. So far, courts have split on whether the requirement conflicts with federal voting rights law, which prohibits technical irregularities that aren’t material to determining voter eligibility from being used to invalidate an otherwise legitimate ballot.

Lancaster County was among three counties that did not initially include undated ballots from the May primary in its certified totals provided to the state. It added the 82 ballots in question following a court order.

On Oct. 11, the U.S. Supreme Court invalidated a Third Circuit court ruling that had allowed undated ballots to be counted. The ruling, however, was based on procedural grounds, not the issue of undated ballots as such: The Supreme Court said the matter was moot because Lehigh County had already certified the results of the election in question.

Following the U.S. Supreme Court action, the Wolf administration’s Department of State told counties that undated ballots should be counted, in line with the state Commonwealth Court’s most recent opinion. However, that ruling is unpublished, so it is not considered binding, reports Spotlight PA.

On Friday, the Pennsylvania Supreme Court said it would weigh in, as requested in a lawsuit brought by Republicans. Briefs were filed Monday and Tuesday, and a ruling is expected before Election Day.

On Wednesday, Commissioner Josh Parsons contended the Department of State’s guidance is contrary to the law as it now stands.

While the situation is complicated, the U.S. Supreme Court’s decision, as well previous state Supreme Court decisions upholding the date requirement, mean that Act 77’s requirement stands as written, Parsons said. He accused the Department of State of “misstating the law … potentially for political purposes.”

Different lawyers can apply the same law to the same facts and reach different conclusions, said Commissioner John Trescot, the lone Democratic commissioner, contrasting that with his own field of engineering. He and his two colleagues agreed that it’s appropriate for the county to segregate ballots and await the state Supreme Court’s decision.

Meanwhile, Board of Elections Chief Clerk Christa Miller said her office has received 45,344 requests for mail-in ballots and expects the total to exceed 50,000 by the Nov. 1 application deadline. Typically, about 80% of mail-in ballots sent out are returned, she said.

This past Monday was the deadline for voter registration. Miller said her staff was processing the last few applications, and that total registration will top 352,800, “the most since I’ve been here.”

In response to an inquiry from Melissa Ellis of Ephrata, Miller said about 100 of the applications received for mail-in ballots are “unverified,” meaning that the ID provided by applicants doesn’t match what the county has on file. That can happen when, for example, the county has recorded a Social Security number but the applicant provides a driver’s license, Miller said.

In those cases, the county sends voters both a ballot and a letter informing them of the discrepancy and the need to rectify it. Returned ballots are segregated and not counted unless voters provide the information the county needs to confirm their identity.