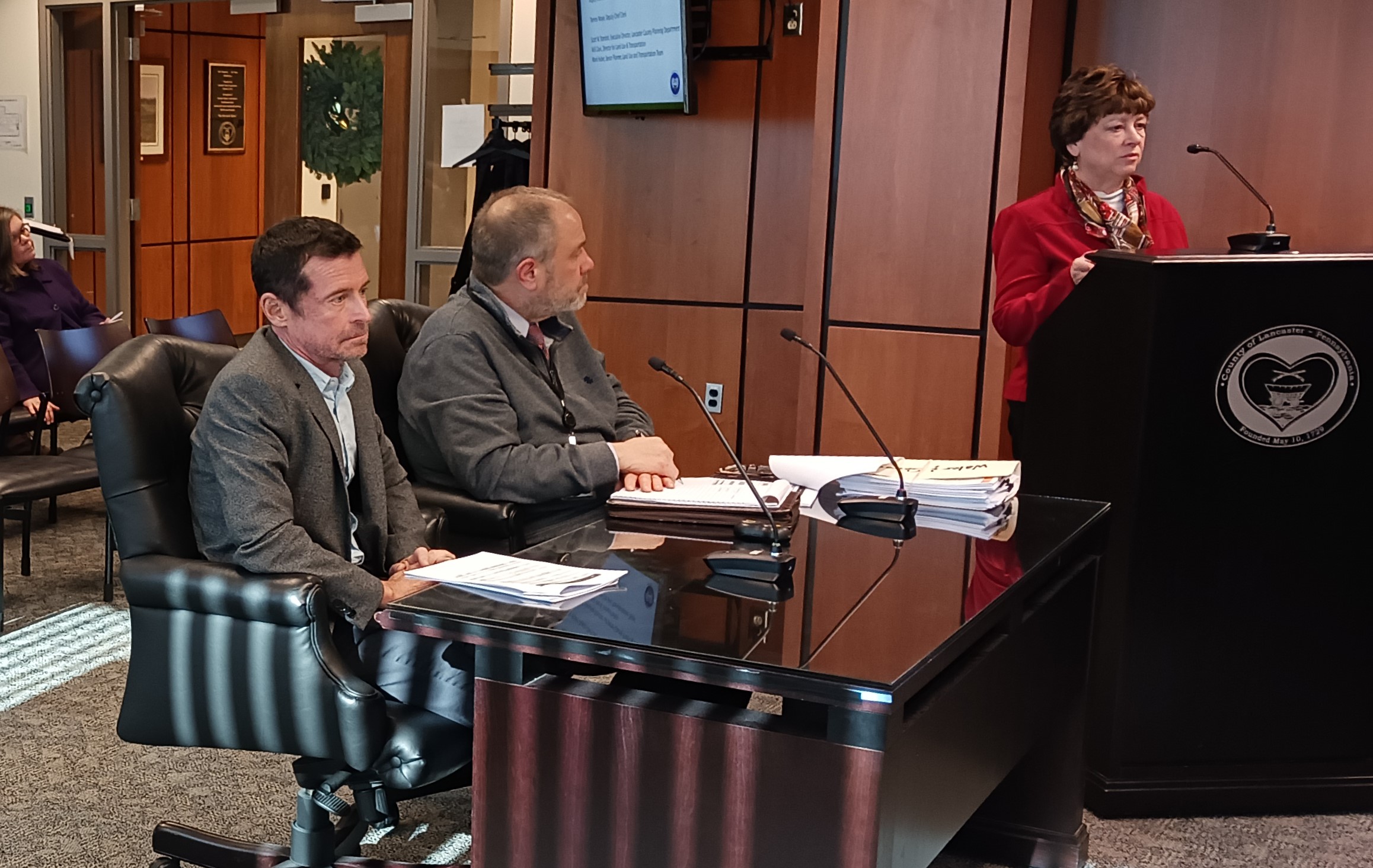 The Lancaster County commissioners expressed support Tuesday for providing federal pandemic aid to high-priority municipal water and sewer infrastructure projects, but they elected to defer action for a week while they further review the applicants’ information and decide how much the county should spend.

The money would come from the county’s $106 million in American Rescue Plan Act funding, of which $75.76 million remains unallocated. Sixteen municipalities and municipal authorities are seeking $16.9 million for 17 water and sewer projects (the East Cocalico Township Authority submitted two applications); while five municipalities and two nonprofits are seeking $4.1 million for stormwater projects.

The county’s ARPA committee recruited the Planning Department for assistance. Led by Senior Planner Mark Huber, the department reviewed the submissions for compliance with federal guidance and the county’s “Places 2040” comprehensive plan. They all passed muster; the department then “rough-graded” the water/sewer applications and the stormwater applications into three tiers, based on the county’s objective of allocating ARPA to truly transformative projects with long-term benefits.

Water and sewer systems are expensive, and the requested amounts are substantial: Five of those in the water/sewer category exceed $1 million, with the largest coming in at $4 million. The stormwater requests are smaller, with the exception of Lancaster city’s Water Street Corridor “stormwater separation and daylighting” project, which is seeking $2.95 million.

The largest community ARPA allocation made to date was $3 million, which went to Lancaster County Clean Water Partners for a basket of 11 projects countywide.
The county has been trying to provide modest ARPA grants that will have big impact, so it would be “difficult” to begin handing out multiple large awards, Commissioner Josh Parsons said. He said he’s reluctant to provide any stormwater funding for the time being, given the $3 million allocation already made to Clean Water Partners.

Parsons said he’d be open to a total allocation of $5 million this time, which would go toward funding projects in the Planning Department’s Tier 1. The commissioners could revisit Tier 2 later on, he said.

Commissioner John Trescot said he’d lean toward a higher initial amount, perhaps as much as $7 million.

All three commissioners urged the applicants to review their figures and see if they could make do with less from the county. They noted that local governments received their own ARPA funds and said the smaller the county’s share, and the larger the muncipality’s “match,” the better, all else being equal.

Many of the applicants were on hand to make their case in person. They all told roughly the same story with the same litany of challenges: Aging water and sewer systems at or near capacity; complex, multi-year planning, financing and approval processes; construction costs heading skyward due to inflation and supply chain issues; the importance of not raising water and sewer rates above what customers can afford.

“Everyone’s here for the same reason,” said Dan Becker of Becker Engineering, who is the engineer for Weaverland Valley Authority and Ephrata Borough and chairman of the East Cocalico Township Authority.

“Any funding at all would be greatly appreciated,” Strasburg Borough Manager Steven Echternach said.

Some 20 applications are up for consideration in that category, seeking a total of $28.5 million.