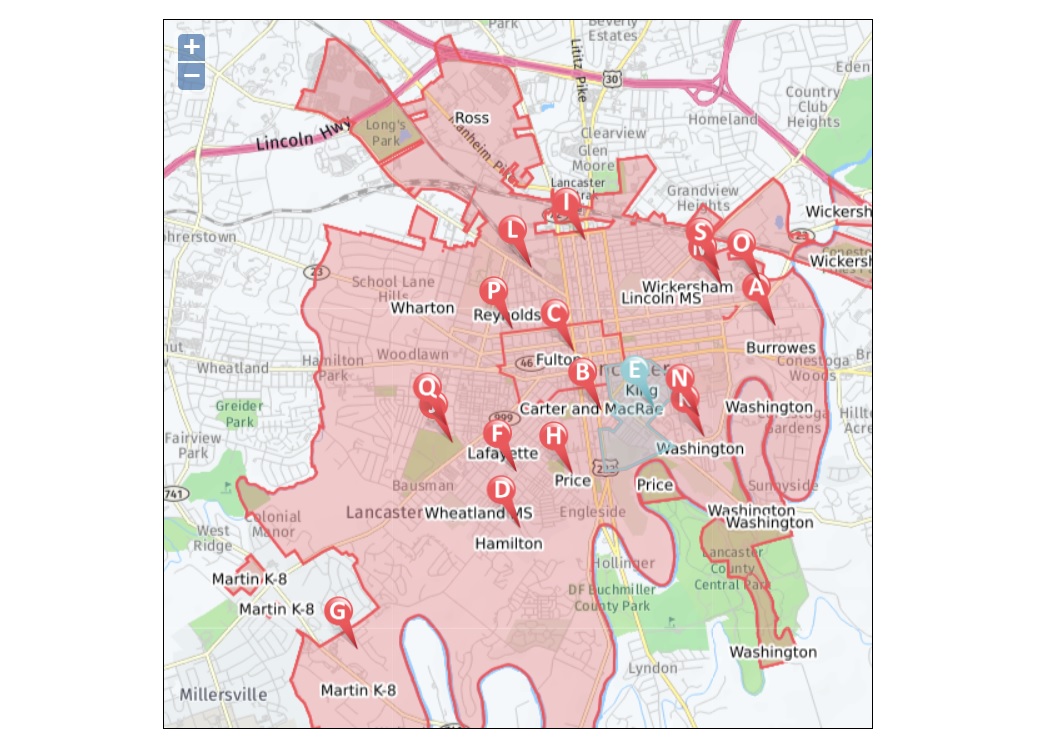 This map shows one possible realignment of school attendance boundaries within the School District of Lancaster. (Source: Sdlancaster.org

• Body found in Susquehanna River said to be Miguel Maldonado Jr.: In January, police shot and killed Maldonado after he drove into the river and held his wife at knifepoint. (Source: CBS 21)

• School District of Lancaster to vote on attendance zones: The changes could affect up to 1,300 students. The school board meets at 7 p.m. (Source: LNP)

• 'After School Satan Club' proposed in York County: The Satanic Temple says it has been invited to start the club at Northern Elementary School. Its after-school clubs are a response to evangelical 'Good News Clubs' and focus on free inquiry and rationalism. (Source: Fox 43)

• Doctors oppose bill to allow pharmacists to vaccinate: Pharmacists were given emergency authorization to vaccinate children during the pandemic. The Pennsylvania Medical Association claims that continuing the exemption would be dangerous. (Source: WITF)