Pennsylvania Secretary of the Commonwealth Kathy Boockvar speaks during a press conference on the 2020 election count on Wednesday, Nov. 4, 2020. 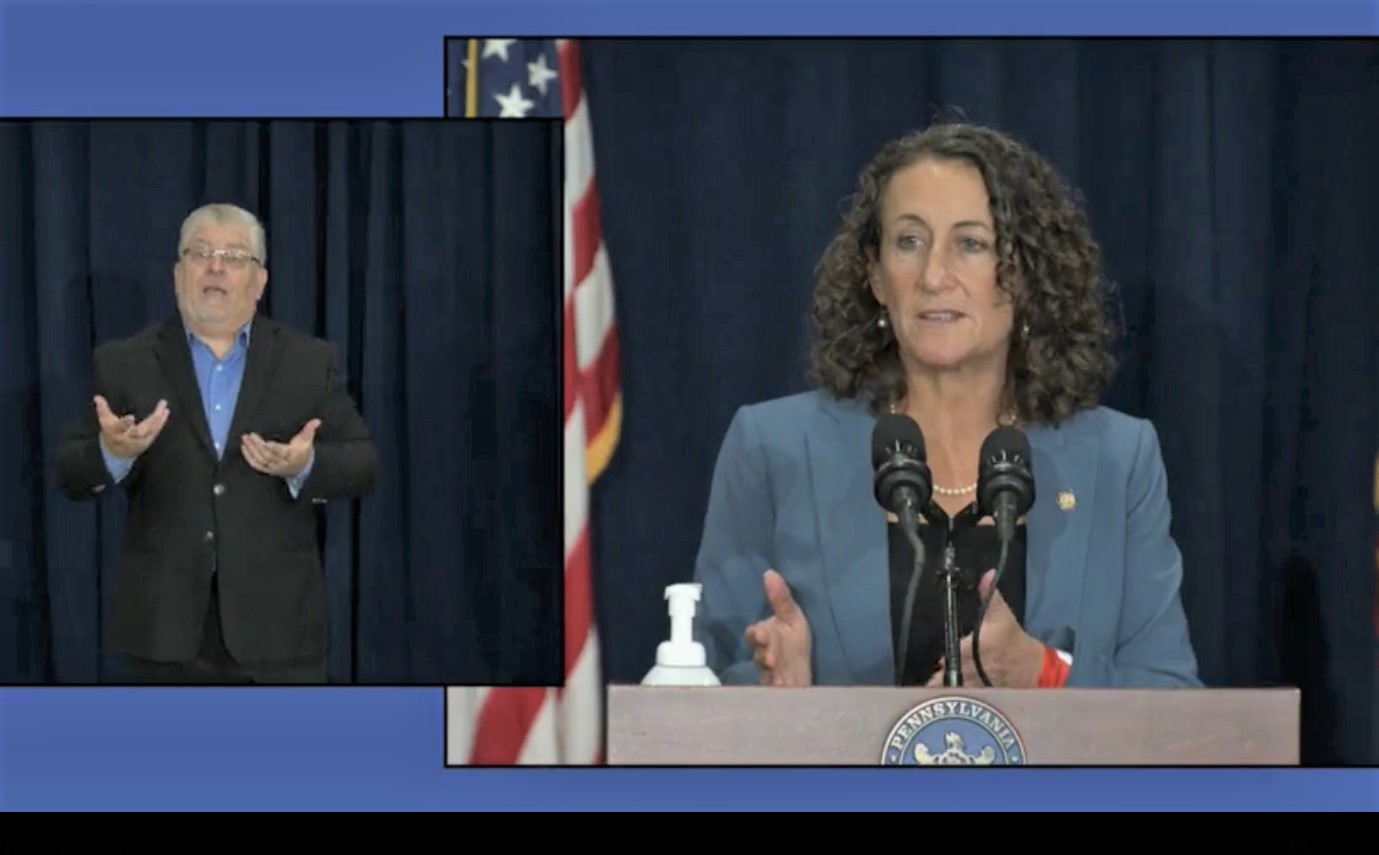 Pennsylvania Secretary of the Commonwealth Kathy Boockvar speaks during a press conference on the 2020 election count on Wednesday, Nov. 4, 2020.

Lancaster County elections officials are wrong to say late mail-in ballots can't be counted now, then removed later if a legal challenge to them is sustained, Secretary of the Commonwealth Kathy Boockvar said Wednesday.

"It is absolutely feasible," Boockvar said.

Lancaster County Commissioner Ray D'Agostino, who chairs the Board of Elections, said Tuesday the county would hold off for the time being on counting mail-in ballots received after 8 p.m. on Election Day.

D'Agostino and commissioners Chairman Josh Parsons say it is "logistically impossible" for Lancaster County to pull disputed ballots from the total once they've been canvassed and processed. Boockvar on Tuesday said that assertion is "not accurate."

It can be done by using different machines or memory sticks, she said, calling it "not even challenging." The state has instructed counties accordingly and advised them to consult directly with vendors, she said.

Boockvar's Department of State "strangely" changed its guidance "at the last minute," Parsons wrote. "That 'guidance' is not the law and the Board of Elections has legal authority on how to proceed in accordance with the law and court orders."

The third county commissioner, Craig Lehman, has called for following the state's guidance.

'The system is working'

Gov. Tom Wolf, meanwhile, called on Pennsylvanians once again to remain patient while votes are tabulated.

It's normal that an election with so many mail-in votes is taking longer to yield a result than did earlier elections dominated by in-person voting.

"The delay we're seeing is a sign that the system is working."

Pennsylvania is a tipping point state, crucial to both President Donald Trump's hopes of victory and those of his opponent, Joe Biden.

Trump on Wednesday claimed victory, made baseless claims of fraud and said he would challenge election results in the U.S. Supreme Court, where Amy Coney Barrett's recent installation gives the court's conservative wing a 6-3 majority.

Wolf said Pennsylvania would vigorously fight any and all interference in the vote count.

"Make no mistake. Our democracy is being tested in this election. This is a stress test of the ideals on which this country was founded," the governor said.