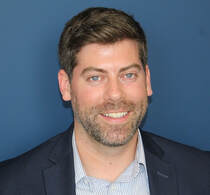 Applications to the Covid-19 Rental Relief program poured in last week as clients rushed to submit their information ahead of the Nov. 4 deadline.

Out of the 917 submissions the authority received in total, about 125 arrived in the final few days, according to Justin Eby, deputy executive director of the Lancaster County Redevelopment Authority.

Authority staff are now reviewing them, along with another 150 or so that are still in process, he said.

Meanwhile, the authority and local nonprofits are teaming up on a new program to continue protecting households unable to make rent due to the coronavirus pandemic.

Funded through the federal CARES Act, Pennsylvania's Rental Relief program covers rent for eligible households that lost jobs or income due to the economic impact of Covid-19. A related program offered assistance to mortgage holders.

The application period initially ended Sept. 30, but Gov. Tom Wolf restarted it a few days later and extended the deadline to Nov. 4. The program paid up to six months of rent due during the period from March to December.

Rental Relief offered a maximum of $750 per month, and required landlords to accept that as full payment, even if tenants owed more. That proved to be a problem: Median rent is higher in many parts of Pennsylvania, and many landlords balked at being asked to take less than they were owed.

Other aspects of the Rental Relief limited its effectiveness, too: The application process was complex, and households had to wait until they were at least a month in arrears before seeking assistance. Housing advocates pushed for the state legislature to amend the program, but to no avail.

In Lancaster County, the commissioners appropriated an additional $200,000 so that landlords whose tenants pay more than $750 a month could still be paid in full. About $175,000 of it has been spent.

"That has worked exactly as we hoped it would work," said Matthew Sternberg, the redevelopment authority's executive director.

One indication: Lancaster has about 30% more participation among households above the $750 a month cutoff than neighboring counties.

It also means Lancaster County can expect fewer eviction cases when the Centers for Disease Control's nationwide moratorium lifts at the end of the year.

In all, 340 Lancaster County applications totaling more than $1 million have been approved to date, Eby said. That likely puts the county in the top tier statewide for disbursements.

Lancaster County’s Rental Relief allocation was $2 million, so nearly $1 million remains to draw from as additional applications are approved. Eby said the state hasn't yet provided a clear answer on what should be done with any leftover funds.

With Rental Relief no longer available, a replacement is being rolled out by the Eviction Prevention Network, a coalition of local housing nonprofits.

It’s being funded with CARES Act money provided to Lancaster city and Lancaster County by the U.S. Department of Housing & Urban Development.

The new program will take a “case management” approach, Eby said, resulting in some significant differences for clients. In particular, while Rental Relief typically paid full rent, HUD’s guidelines require caseworkers to evaluate households' ability to pay, and the program will cover only the gap between that amount and what is owed.

On the plus side, the HUD program can cover utility payments as well as rent. Eviction Prevention Network staff will help clients navigate the process, determine their eligibility and fill out the forms, Eby said.

Once clients are approved, they remain eligible for aid for six months.