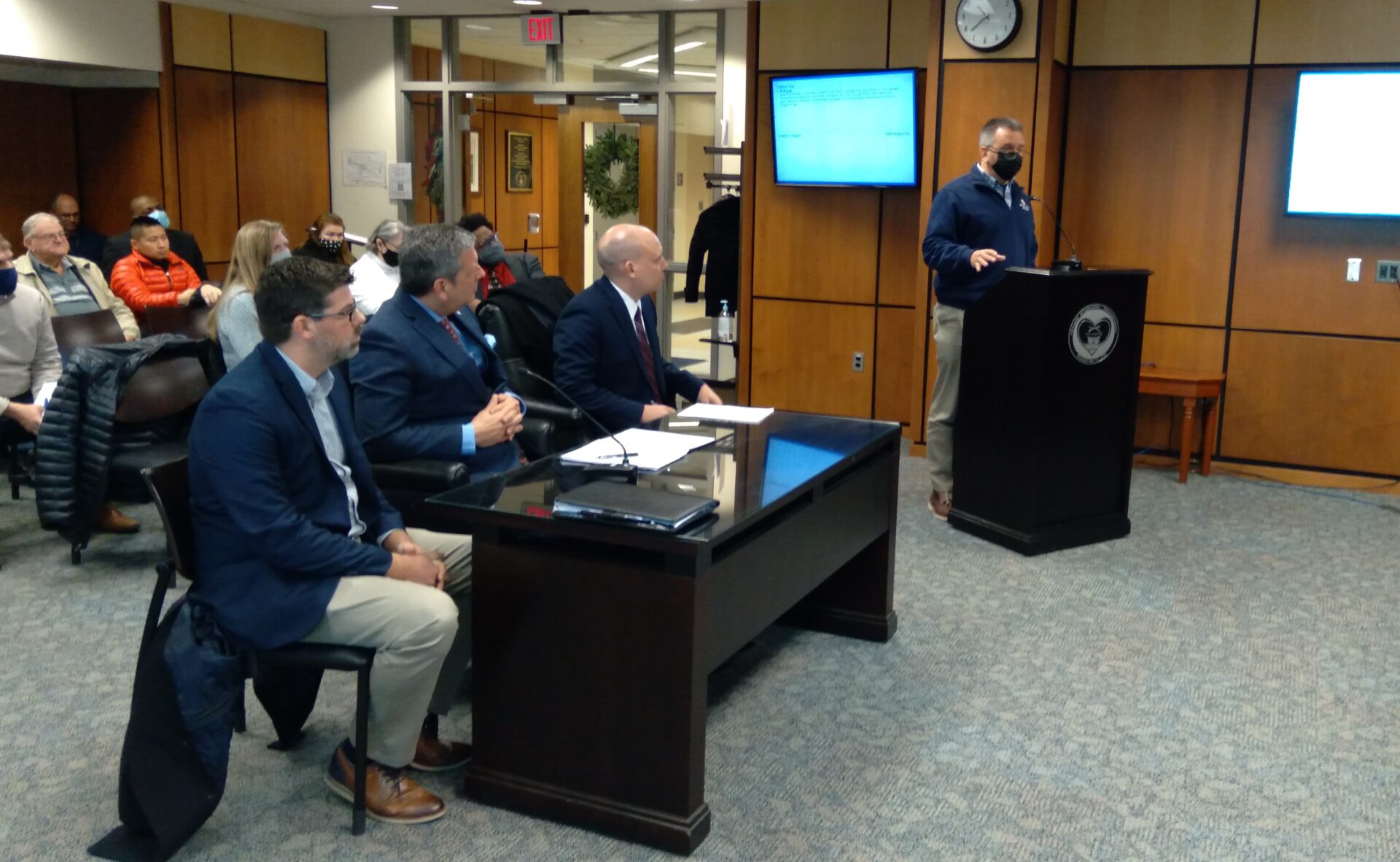 A memorandum of understanding on the commissioners' Wednesday agenda, if approved, would kick off a 3 1/2 month transition period. By April 1, the authority would have "all responsibility and control" for the coalition and its work, the MOU says.

During the transition period, LG Health and the authority would hash out the details of the move, and the authority and county would draft a formal agreement giving the authority responsibility for delivering homelessness services. That agreement would come before the commissioners for approval, county Chief Clerk Larry George confirmed.

The coalition has a staff of four, including executive director Jennifer Koppel. They would have the choice of moving to the authority to remain with the coalition, or remaining at LG Health.

Commissioner Ray D'Agostino, the former executive director of Lancaster Housing Opportunity Partnership, has been involved with the coalition since its inception. The coalition has relocated before, and this move makes a lot of sense, he said after the commissioners' Tuesday work session.

The authority's work with eviction prevention, blight remediation, rental assistance and so on meshes with the coalition's work, creating opportunities for synergy, he said; and the authority, unlike LG Health, is subject to Pennsylvania's Right-to-Know and Sunshine laws, which enhances transparency.

"This is the right next iteration," D'Agostino said.

Some members of the coalition's governing board, however, raised alarms, saying they were shut out of a decision-making process that should have involved them from the start.

D'Agostino is a coalition board member, as is Justin Eby, executive director of the redevelopment authority; yet other members said it wasn't until November that the full board was informed of the plan.

"This decision was handed off to us as a done deal," said board member Jack Crowley, executive director of Water Street Mission.

Board member Mandy Mastros, pastor at Lancaster Moravian Church, called the lack of communication disheartening, and said she's fearful of what it portends about collaboration and inclusion going forward.

Eby said he understands other board members' concerns and pledged to ensure good communication and collaboration during the transition and after.

The coalition's home at LG Health dates from 2015; prior to that, it operated out of the county's Behavioral Health & Developmental Services agency.

At the time, leaders said the move to LG Health would allow the coalition to seek grant funding from private donors — something it couldn't do at BHDS — and work toward becoming an independent agency within three to five years.

On Wednesday, Commissioner Craig Lehman asked if the coalition could survive independently now, rather than move to the authority. It could not, said Larry George, county chief clerk; and Dr. Michael Ripchinski, chief clinical officer, LG Health.

The authority has an affiliated foundation organized as a 501c3, so it is legally able to accept private grants.

The county's contract with LG Health to house the coalition was set to expire June 30. Board members are "confused" about why LG Health and the authority are pre-empting that date, said coalition board member Kevin Ressler, president and CEO of United Way of Lancaster County.

Crowley told One United Lancaster the board had expected it would have plenty of time over the winter to discuss whether to remain with LG Health or go in another direction.

Forced alliances don't work, he said. He said he'd like to see the MOU tabled; but whether it is or not, coalition stakeholders need to be brought to the table for a "broader discussion."

"Communication is a key issue," he said. "... The process itself can break trust."

Ressler said the United Way board will now have to decide whether it's comfortable sending private funding to an authority-based program.

The United Way has committed $250,000 to the coalition, a local match that unlocks $750,000 in federal funds. Half the money is due to be paid out in January. The investment makes the United Way the coalition's 2nd largest funder after the county.

By and large, coalition board members had warm praise for the authority and Eby's leadership.  Rod Redcay, Denver mayor and executive director of REAL Life Community Services, extolled the authority, saying there is "no greater organization" to collaborate on homelessness.

Mike McKenna, president of the housing nonprofit Tenfold, said the authority's intensive collaboration with Tenfold on rental assistance and eviction prevention gives him confidence the coalition's move will be a win.