For many working families in Lancaster County, financial security may seem like a distant, unattainable dream.

To be sure, the challenge can be daunting. But there are many ways for families to improve their odds: By learning about budgeting and money management; committing to paying down debt and saving for the future; and taking advantage of nonprofit programs that offer educational, financial and legal assistance.

"There's just so many resources out there that can help," said Allyson Davis, family services manager at Lancaster-Lebanon Habitat for Humanity.

When it comes to building wealth, "the first step is always the hardest," said Clinton Simmons, a financial advisor with Liberty Financial Strategies, an investment and financial planning firm based in Manhiem Township.

Households may not have the resources to do much planning or saving, or they may find the struggle to maintain financial discipline harder than they expected. Simmons said he takes a pragmatic approach: If someone can only manage a small step in the right direction, it's still better than nothing.

As Ressler pointed out, individual psychology and cultural attitudes play a huge role in financial decisions. Poverty is traumatic; and many Black and Latino households have a well-founded suspicion of mainstream banks and real estate institutions, which spent decades engaging in discriminatory practices.

Overcoming those barriers takes patience and empathy, said Todd Capitao, director of financial empowerment at Tenfold, which offers a range of housing and financial services.

Capitao said he keeps in mind that every client's situation is unique. He also makes a point of staying positive. Especially when someone's in crisis, he said, he thinks to himself: "Where's the hope that I can give to this person?'"

When a problem arises, the sooner you tackle it, the better he said: Being proactive is the best way to keep a situation from spiraling out of control.

Geisha Cruz is a paralegal at MidPenn Legal Services, a nonprofit that provides free legal advice and representation in certain civil matters, such as rent and eviction disputes, family law, unemployment compensation and tax disputes, to low-income clients and domestic violence survivors.

Frequently, clients don't know their rights or the range of options they have, Cruz said: It's important both that resources be available and that people be aware of them. 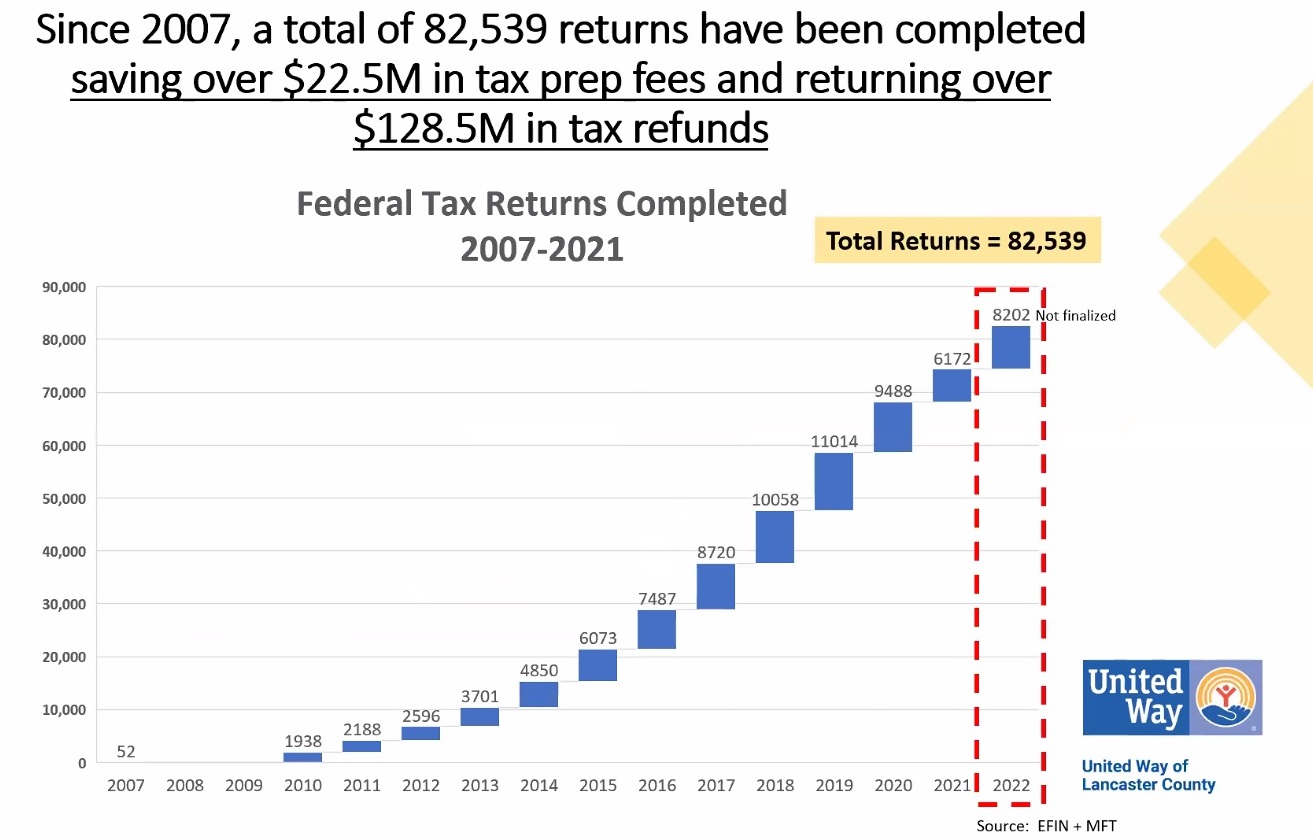 The forum opened with a presentation from Keith Radecic, director of financial systems and analytics at United Way of Lancaster County, on its Volunteer Income Tax Assistance program, or VITA. (Radecic stepped in for the presenter originally planned, VITA director Michelle Ingham, who is retiring this month.)

VITA prepares tax returns for free for taxpayers who make up to $62,000 a year. The average client makes a little over $26,000, Radecic said.

Since 2007, Lancaster County's VITA has prepared 82,539 returns, saving clients more than $22.5 million in preparation fees and securing more than $128.5 million in tax refunds — making all that money available to families to spend in the local economy, Radecic noted.

Those are amounts that can make a big difference to a lower-income family, Ressler said, asking the panelists what they'd suggest clients do if they have $2,000 or so in discretionary funds.

Strategically pay down debt, Capitao said; or, if a family has no credit history, begin to build one by using the money to support a secured credit card.

Habitat for Humanity's homeowner program only requires a 1% down payment, so $2,000 would cover that, Davis said.

The nonprofit spends an immense amount of time and effort preparing families for homeownership, she said: A year to 18 months is typical, and families must contribute at least 250 hours of sweat equity. They take classes on financial planning, home maintenance and more, and are often referred to Tenfold and other nonprofits for additional services.

They're taught to plan ahead for big expenses, such as the new roof they're likely to need around the 30-year mark. Davis described the strategy as both "a short game and a long game," with the "long game" ultimately extending to the goal of building generational wealth for children and grandchildren.

Between the pandemic and the tight housing market, the Lancaster-Lebanon Habitat is in a "site acquisition crunch," Davis said, and is not currently accepting new applicants. There will likely be a flood of signups when they resume, she said.

Habitat for Humanity refers most of its clients to Tenfold's matched savings program, which provides a 2-to-1 match to encourage clients to start saving. Those who save $1,000 receive the maximum match, $2,000.

The core secret to financial security is "pay yourself first," Simmons said. When you set aside something from every single paycheck, it adds up.

"That's how wealth is built," he said, "literally one step at a time."