From top left, clockwise: Pa. Bureau of Pardons Secretary Brandon Flood; Cedrick Kazadi, Millersville University chapter of the NAACP; and Blanding Watson, NAACP Lancaster, are seen in a screenshot from the NAACP Lancaster’s webinar on the pardon system on Wednesday, April 7, 2021. 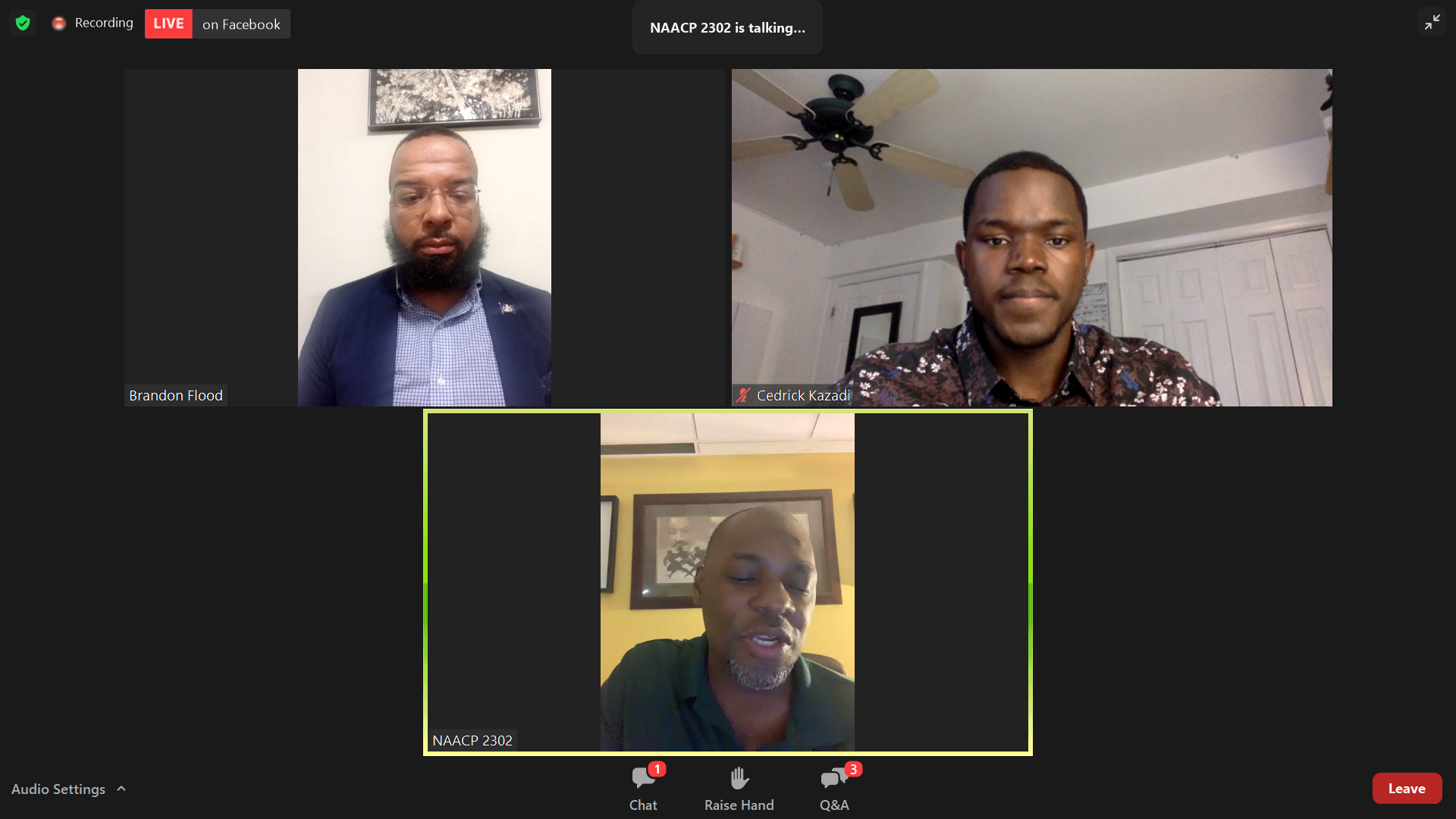 From top left, clockwise: Pa. Bureau of Pardons Secretary Brandon Flood; Cedrick Kazadi, Millersville University chapter of the NAACP; and Blanding Watson, NAACP Lancaster, are seen in a screenshot from the NAACP Lancaster's webinar on the pardon system on Wednesday, April 7, 2021.

Brandon Flood, secretary of the Pennsylvania Board of Pardons, broke down the process of applying for a pardon, covered recent changes and answered questions from the community Wednesday evening in an NAACP Lancaster webinar.

Flood said one of the most significant changes he has helped create in his two years as secretary is shortening the length of the application process for individuals with marijuana-related convictions.

Pardons for other charges still typically take three years to process, but Flood said he is working with the Board of Pardons to move more non-violent convictions into the expedited category.

Flood said one of the reasons he cares so deeply about his work is that he has been on the other side of the application process himself. As the Philadelphia Inquirer noted at the time, he began his job on the Board of Pardons just a few weeks after receiving a pardon himself.

About pardons in Pennsylvania

Two of the topics discussed by Flood during the webinar Q&A involved which legal rights are regained through a pardon and whether a pardon wipes an applicant's criminal record clean. The following answers are taken from the Board of Pardons' website:

What does a pardon do?

A pardon relieves any legal disability resulting from a conviction. These disabilities include, but are not limited to:

If I receive a pardon, and then I'm asked by an employer or future employer whether I have been convicted of a crime, can I say no? How can I get my record cleared?

As a young man, Flood was convicted of carrying an unlicensed gun and dealing crack cocaine, which landed him several years in a correctional facility in Chester County. Flood changed course during his incarceration, and after his release obtained work in Harrisburg as a legislative aide.

"Flood’s turnaround saga has become a talking point and a mission statement for his new job," Inquirer columnist Will Bunch wrote.

Flood said that after receiving his pardon, he had the goal of making the pardon process easier so that anyone could apply; regardless of wealth, race, county of arrest or any other factor.

Flood spent the majority of the webinar going through the steps of the pardon and clemency processes. The information can be found on the Board of Pardons website.

Besides expediting the process for marijuana-related cases, Flood said he helped simplify pardon applications so applicants can understand the requirements without needing a lawyer.

The event was moderated by Cedrick Kazadi, the president of the Millersville University college chapter of the NAACP, and featured opening and closing remarks from Blanding Watson, NAACP Lancaster's president.

More information about NAACP Lancaster events can be found on Facebook or by calling (717) 405-3115.