Clergy march on Tuesday in Philadelphia following the killing of Walter Wallace. (Source: Philly We Rise) 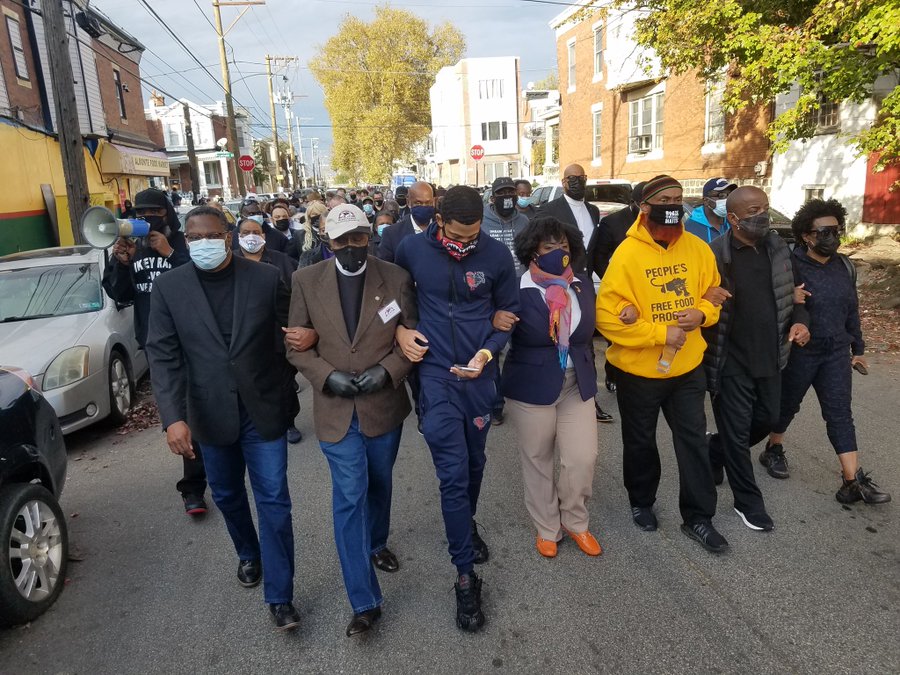 Clergy march on Tuesday in Philadelphia following the killing of Walter Wallace. (Source: Philly We Rise)

• "Record-breaking share" of Lancaster County registered voters to vote by mail: Nearly half of registered Democrats and a quarter of registered Republicans in the county have applied for and been approved to vote via mail-in ballot. (Source: LNP)

• Local college continues community service week amidst Covid-19: Elizabethtown College are participating in the 27th Annual Into the Streets community service event. Over 200 volunteers have signed up to do projects either completely remotely or in very small groups. (Source: ABC 27)

• Melania Trump visits Lancaster County to rally supporters in Atglen: The first lady visited Pa. yesterday to praise her husband's administration and thank supporters for their support during the Trumps' Covid-19 illness. Regarding the U.S. response to the pandemic, she said, "We do not run or hide in fear." (Source: LNP)

• One wounded, one dead in Lancaster city shooting last night: Police were called to the 500 block of Manor Street shortly after midnight. The incident appears to have not been a random act of violence and the shooter is still at large. (Source: ABC 27)