The 142nd cadet class of Pennsylvania State Police graduate in this 2015 file photo. (Source: PA Office of the Governor) 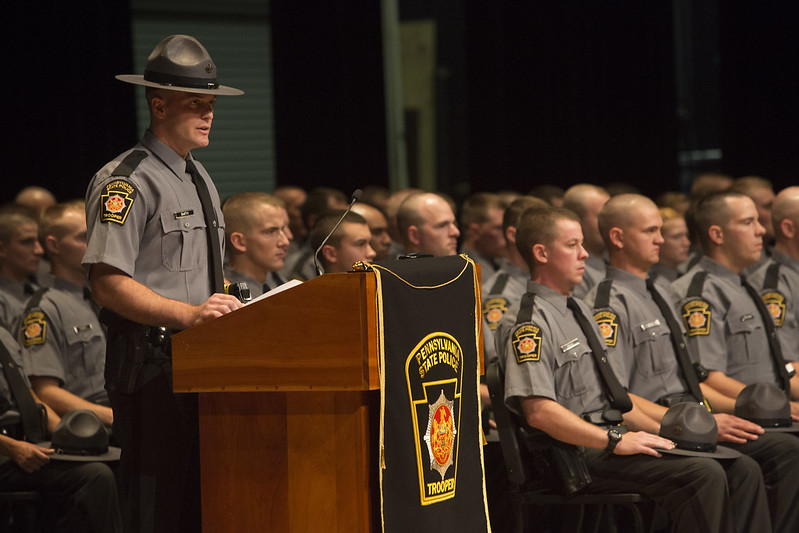 The 142nd cadet class of Pennsylvania State Police graduate in this 2015 file photo. (Source: PA Office of the Governor)

• Lancaster County Republican Committee declines to vote on Sen. Toomey censure: At the committee's Tuesday meeting, at least three fourths of the committee members needed to vote to bypass a rule requiring all motions to be submitted 10 days in advance. The move to censure the state senator may continue at a later date. (Source: LNP)

• State Police to escape legislative scrutiny in 2021 budget process: The department, which is one of the nation’s largest statewide police forces, will not take part in budget hearings. Officials say the police budget is "straightforward," making a hearing appearance unnecessary. Lawmakers have used the forum in the past to question officials and hold them accountable. (Source: Spotlight PA)

• State warns Pennsylvanians of tax-season scams:  If you receive a tax form for unemployment benefits you didn't apply for, you may be a target of fraud, and should report it immediately, the Department of Labor & Industry said. (Source: ABC 27)

• Four to eight inches of snow expected in Central Pa. on Thursday: Snow and ice accumulation are expected to begin at daybreak Thursday morning, with a weather advisory in place until Friday morning. (Source: CBS 21)