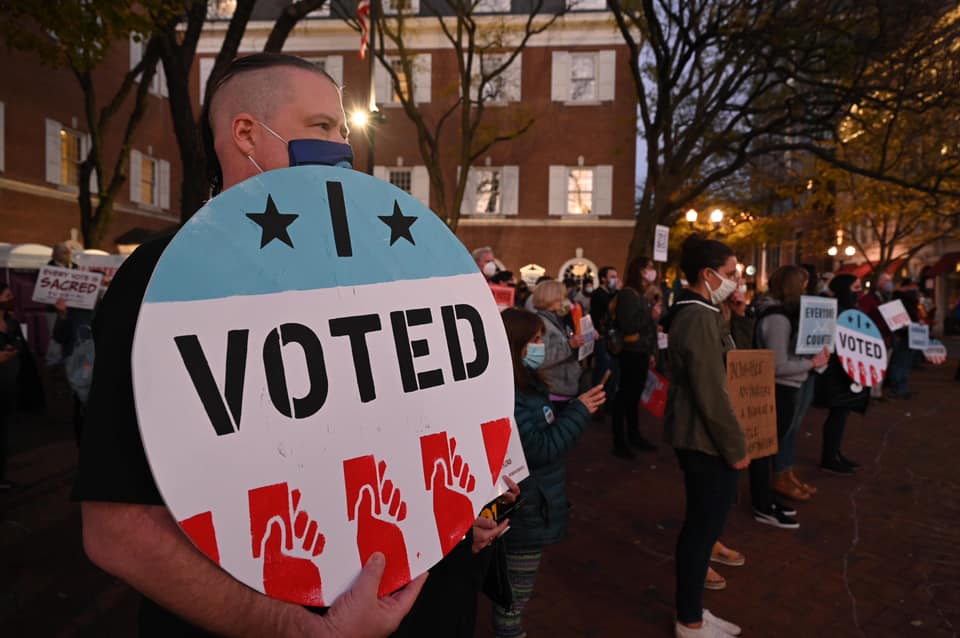 • President Trump files multiple lawsuits against Pennsylvania: Trump filed two lawsuits and a motion to intervene against the state on Wednesday with the intent to stop vote counting and force a recount of already opened ballots.  (Source: CBS 21) Gov. Tom Wolf has condemned the lawsuits, calling them a "disgraceful" attack on the election process. (Source: WGAL)

• Hundreds gather in Lancaster city for rally to count all mail-in votes: The rally in Penn Square on Wednesday night was organized by Lancaster Stands Up, CASA and other community leaders. (Source: LNP)

• La Academia charter school likely to go virtual for the foreseeable future: Even though the school has only reported one positive case of Covid-19, it will shift to virtual classes until the surge of cases in Lancaster County dies down. (Source: LNP)