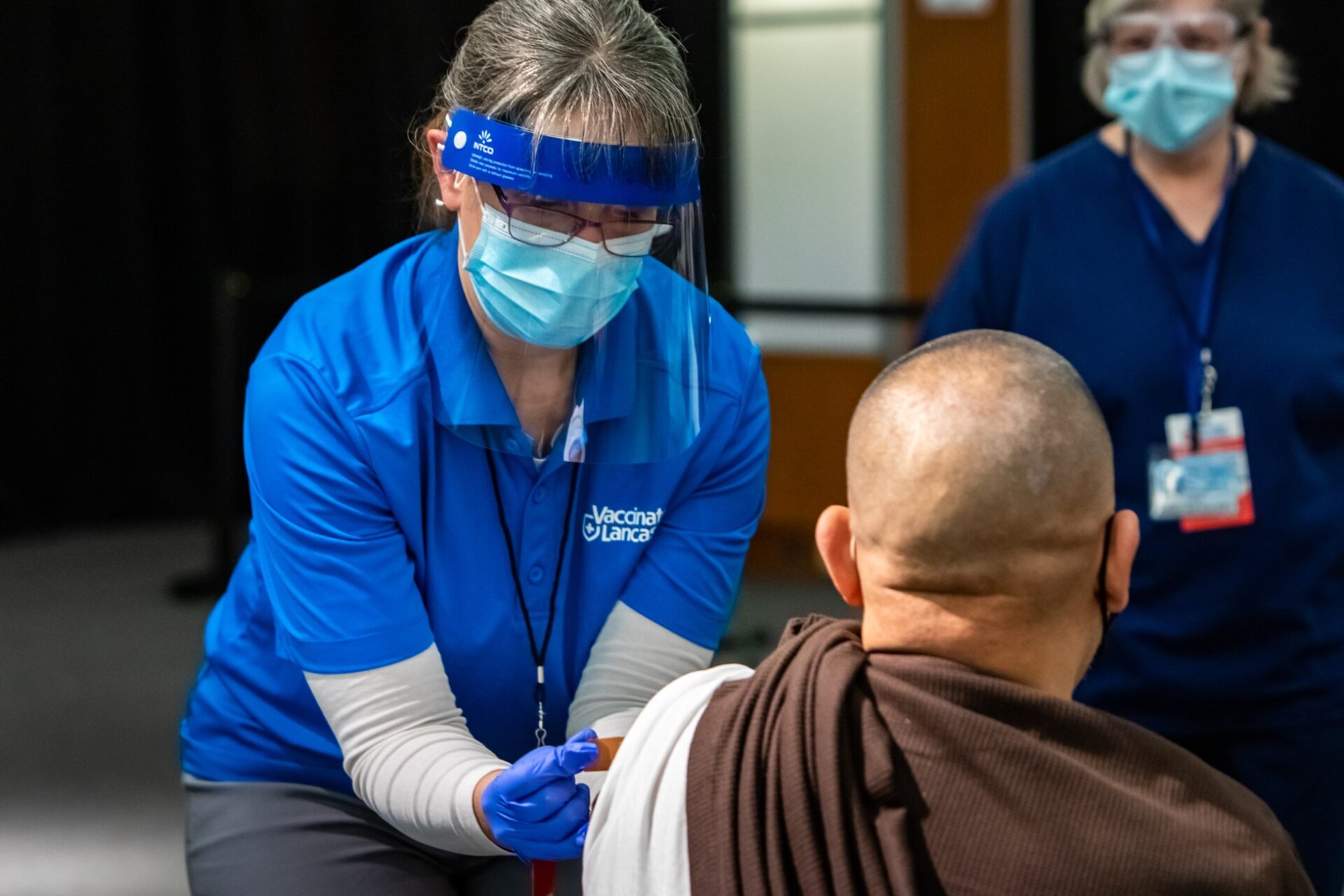 A staff member inoculates a patient with a Covid-19 vaccine at the Vaccinate Lancaster community vaccination center on its opening day, Wednesday, March 10, 2021. (Source: Provided)

• Almost 100,000 Lancaster County residents have been fully or partially vaccinated: The mass vaccination site has increased daily vaccination rates by 50%. At the current rate, it will still take until late summer to partially or fully vaccinate the county's adult population against Covid-19. (Source: LNP)

• Lancaster County school districts plan to use millions in federal stimulus money: School District of Lancaster will receive $42 million and plans to use it to patch a deficit in its upcoming budget, improve ventilation, and add new technology to classrooms. (Source: ABC 27)

• Pa. lawmakers appear less likely to pass emergency relief for clergy abuse victims: After Gov. Tom Wolf’s administration acknowledged its failure to take the proper administrative steps to put the referendum on the ballot that would give victims two years to pursue civil cases against their abusers, the House has yet to vote on adding it to May primary ballot. (Source: Spotlight PA)