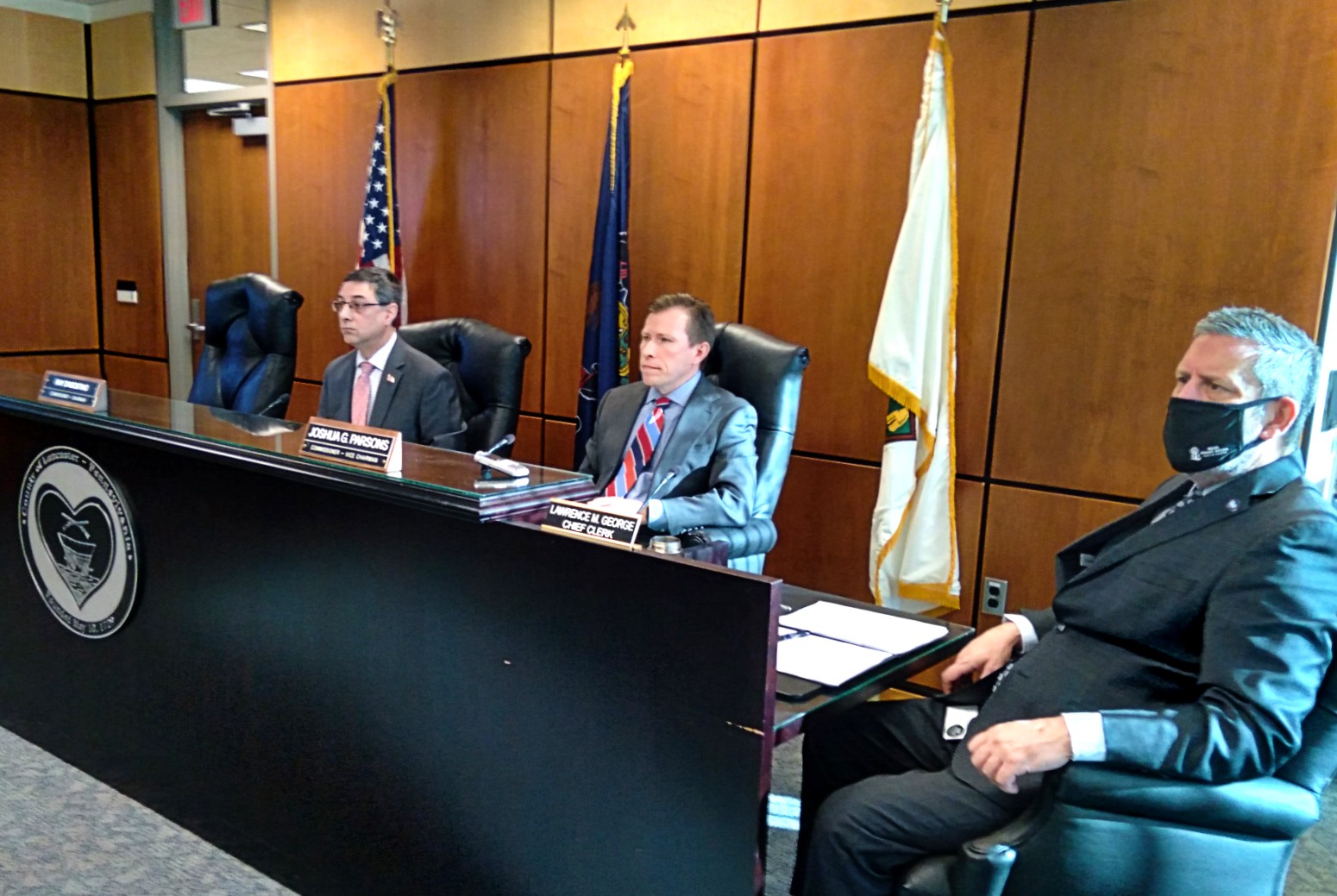 From left, county commissioners Ray D'Agostino and Josh Parsons and Chief Clerk Larry George listen to a presentation on Tuesday, Jan. 11, 2022. Thirteen people have applied to fill the third commissioner position, vacated at the start of the year by Craig Lehman. (Photo: Tim Stuhldreher)

• Workforce Development Board executive director resigns: Cathy Rychalsky says she is being forced out. The organization's board chairman declined to offer details, because it is a personnel matter. (Source: LNP)