President Joe Biden addresses global leaders in this screenshot from the livestream of the Leaders Summit on Climate. (Source: WhiteHouse.gov) 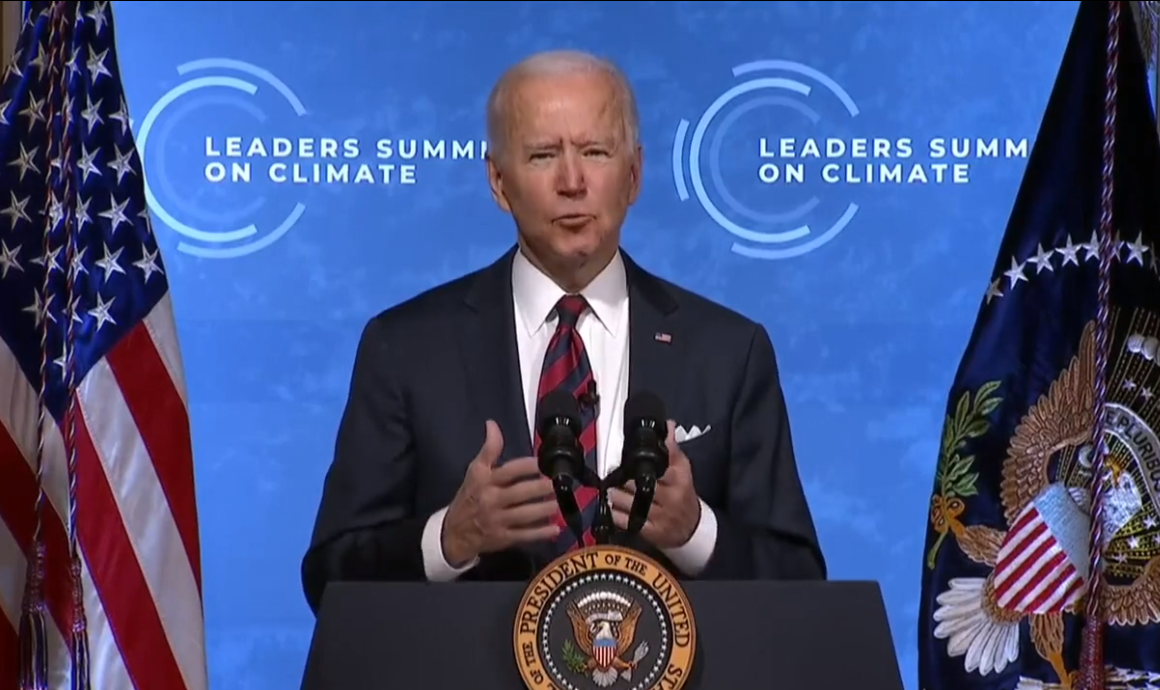 President Joe Biden addresses global leaders in this screenshot from the livestream of the Leaders Summit on Climate. (Source: WhiteHouse.gov)

• Biden's changing refugee policies leave Lancaster families concerned: President Biden plans to announce on May 15 a higher cap on the number of refugees to be admitted per year. Until then, refugee families settled in Lancaster are worried about when they'll be able to see family members again. (Source: LNP)

• Pa. officials, Wolf administration at odds over PPE stockpile: Republican lawmakers say the stockpile of hand sanitizer, masks and gloves at the Pennsylvania Farm Show isn't secure, and question why the complex is still being used as a warehouse. The Wolf administration says the lawmakers are stirring up groundless controversy. (Source: WGAL)

• Nearly 80% of correctional facility staff in Pa. are unvaccinated: The state Department of Corrections Covid-19 dashboard shows that as of April 21, out of 15,852 correctional staffers, only 3,133 were fully or partially vaccinated, raising concerns about the potential for outbreaks of coronavirus. (Source: Spotlight PA)

• Human remains found, believed to be missing Lancaster woman: Human remains found in the eastern part of Lancaster County on Wednesday evening belong to Linda Stoltzfoos, an 18 year old Amish woman who went missing 10 months ago, according to her family. (Source: CBS 21)