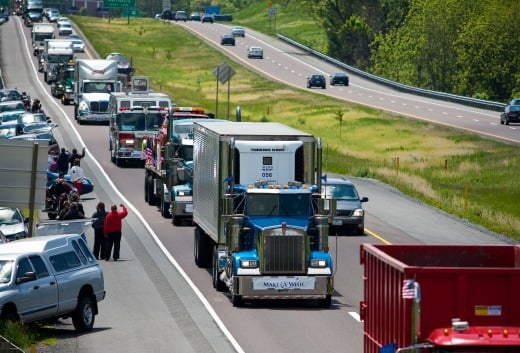 • Woman tears into police for treatment of niece during drug raid: Jessica Lopez, who already has an active lawsuit alleging mistreatment by the Lancaster city police, went live on Facebook to criticize police, who she says forced her 15-year old niece outside in public in her underwear during the arrest Thursday of Steven Gonzalez Morales. (Source: LNP)

• Make-A-Wish Foundation's Mother's Day truck convoy raises almost $300,000: Despite only having 100 trucks on the route this year, Make-A-Wish Philadelphia, Delaware & Susquehanna Valley had raised 98% of its goal by 4 p.m. Sunday. (Source: LNP)