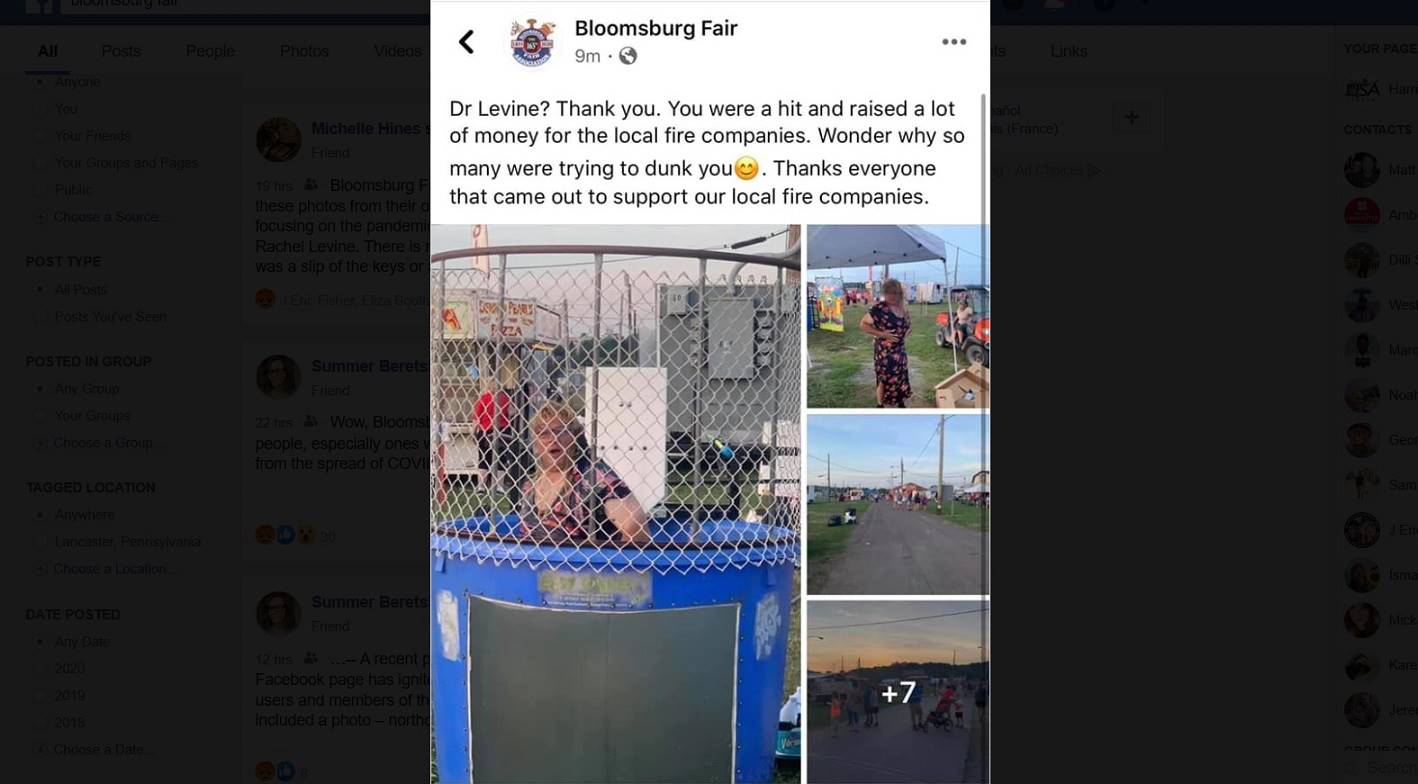 • Bloomsburg Fair blasted for 'Dr. Levine' dunk tank: Criticism was swift and severe in response to online images showing what appears to be a man impersonating the state Health Secretary. In a statement that misspells Levine's name, the fair organization said the event, part of a fundraiser for local fire companies, was not intended as "commentary" on Levine's transgender identity.  (Source: PennLive)