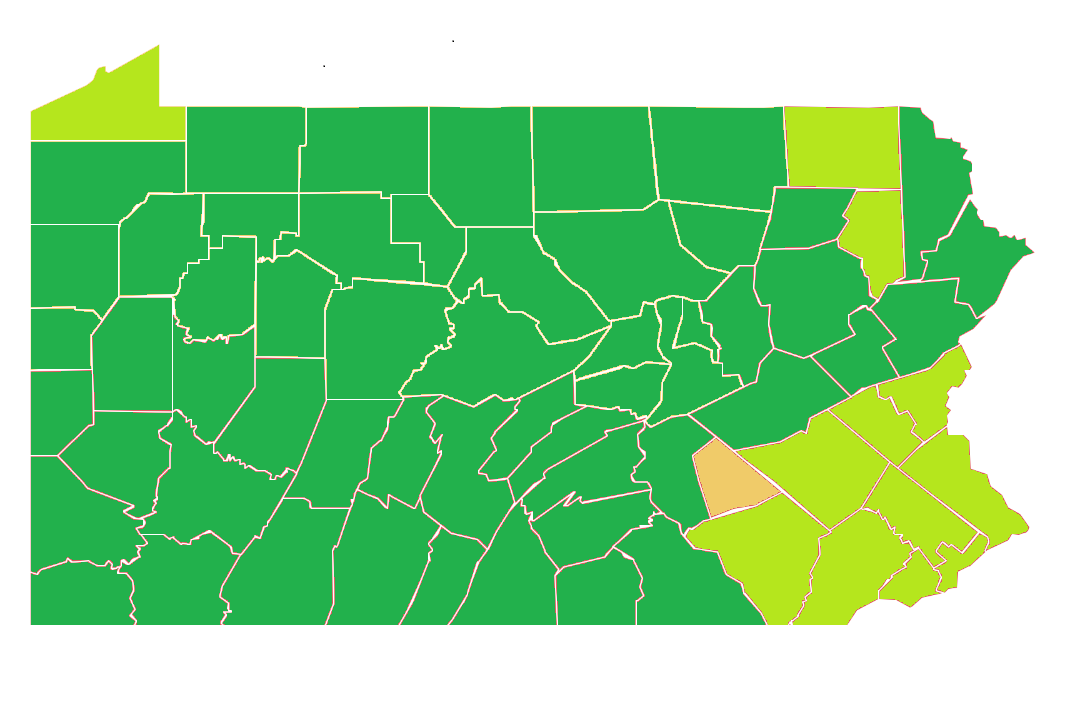 Twelve Pennsylvania counties are turning "green" on Friday, June 26, leaving Lebanon County the only one in the "yellow" phase.

• Lancaster County goes 'green': It was among a dozen counties that changed over at midnight, leaving Lebanon County, where commissioners acted to reopen ahead of the state's timetable, as the sole county still in the yellow phase. (Source: ABC 27)

• Joe Biden visits Lancaster: The Democratic presidential candidate said he has to win Pennsylvania in the November election and that he doesn't yet have a shortlist for vice president. (Source: WGAL)