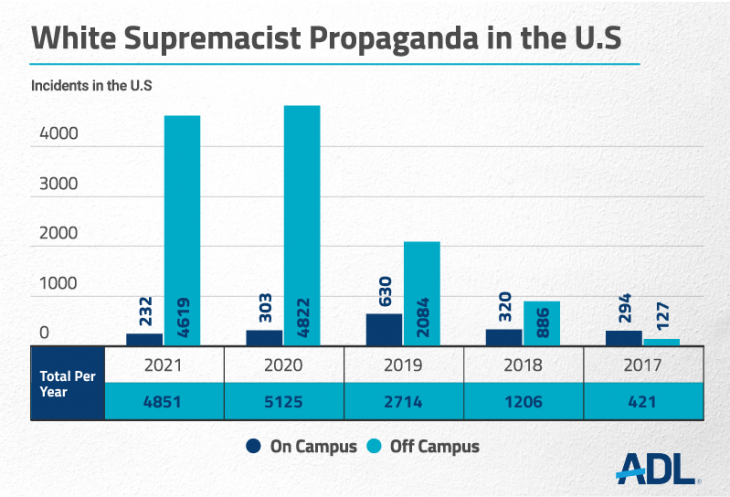 • Report: Pa. ranks No. 1 for white supremacist propaganda: More than 470 incidents were reported here, of which 90% were sourced to Texas-based Patriot Front, according to the Anti-Defamation League. (Source: WLVR)